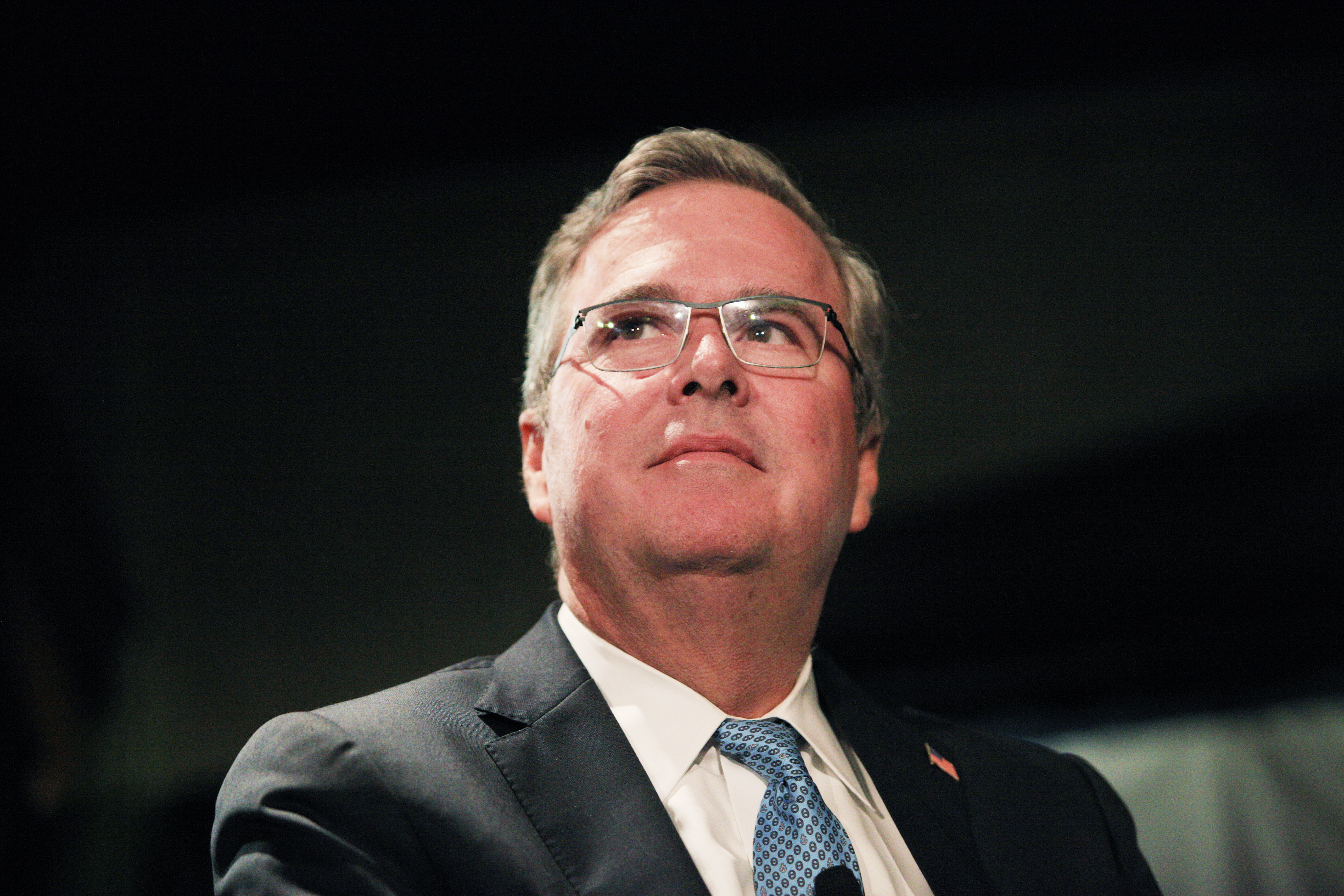 As he mulls a presidential run in 2016, former Florida Gov. Jeb Bush's friends and associates are urging top Republican fundraisers and strategists to avoid throwing their lot in with another candidate until Bush makes a decision.

"Before you do anything, let us know," was how one GOP insider described the message from Bush's team to the Wall Street Journal.

Bush's associates aren't actively contacting potential supporters, the Journal reports, but they are answering inquiries from fundraisers and strategists who have been courted by other candidates, urging them to keep their powder dry until the former governor decides on his next step.

Sally Bradshaw, one of Bush's top advisers, denied there was any "organized effort to actively recruit support for a presidential campaign."

"He is seriously considering the race and will make a decision sometime after November," she told the Journal.

Bush is a favorite of the GOP's establishment wing, but tea party conservatives and activists have greeted the talk of him running with skepticism. His embrace of comprehensive immigration reform and common core national education standards put him at odds with much of the GOP base.

Bush's family is also a potential impediment to a presidential bid. He'd need to grapple with the complicated legacy of his brother, former President George W. Bush, whose approval ratings have recently climbed from their nadir at the end of his presidency.

Bush has also said he worries about the stress a run would place on his family, including his media-shy wife Columba. His mother Barbara Bush has said she hopes he won't run, citing a desire to see other families move into American politics. His brother, though, has said he believes Bush would make a fantastic president.

His son, Jeb Bush Jr., told the Journal that a "lot of people" are waiting to see what his dad decides. "There's a lot of pressure to run," he said.

Jim Nicholson, who served in George W. Bush's cabinet, said, "I think the chances are better than 50-50 that he runs, and that is based on some conversations I've had with members of the Bush family."