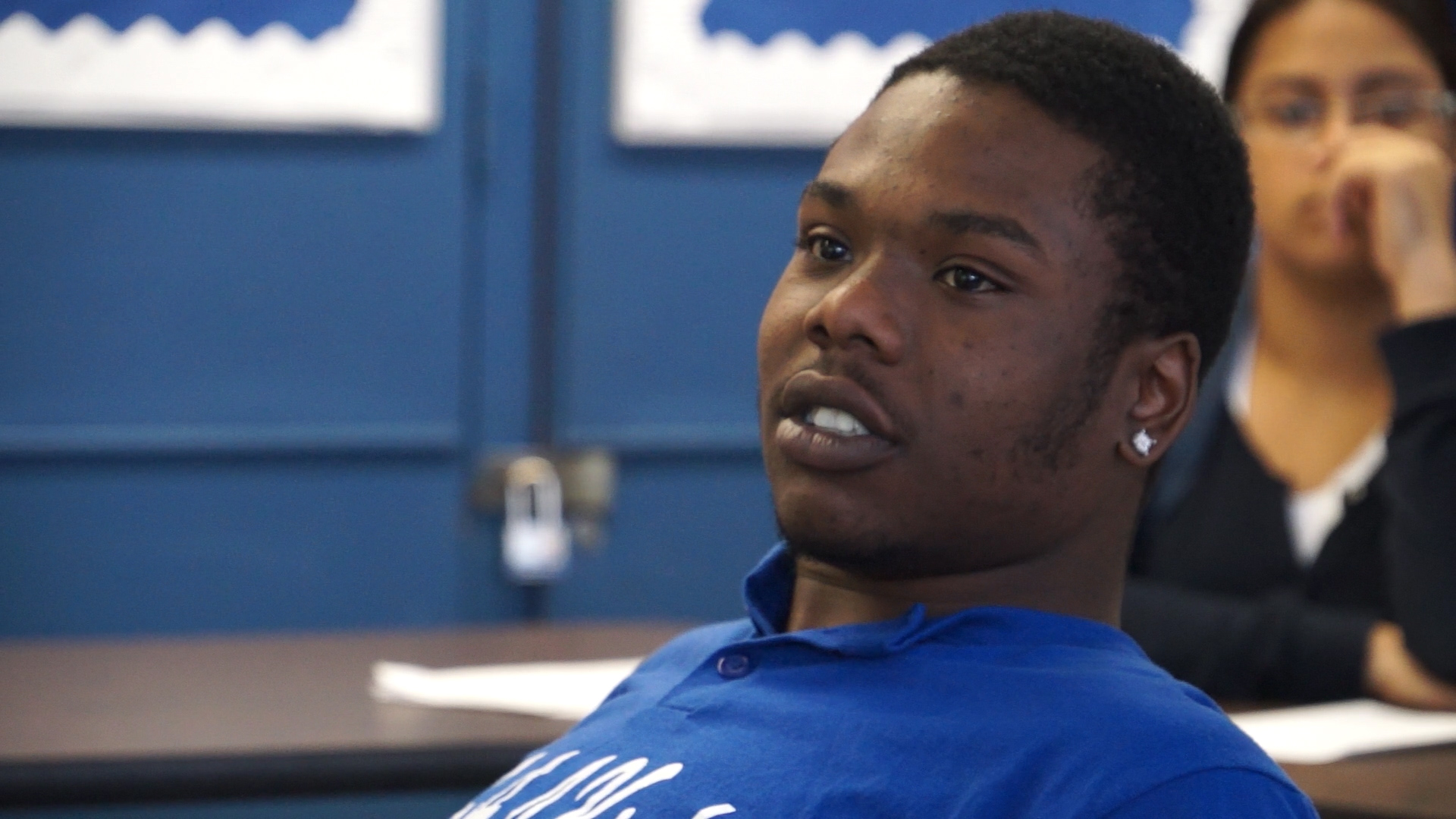 For Shemroy Jacobs and his classmates at ROADS Charter High School in the Bronx, sometimes just making it to school in the morning is a victory.

Founded in 2012, with a mission to serve students who'd otherwise fallen through the educational system's cracks, ROADS is a non-traditional school, for non-traditional students. Some spent time in shelters or foster care, some in juvenile detention. Many have dropped, or aged out of other schools -- and now they face a new challenge: Common Core standards that apply to all public school students in New York, even kids with uncommon circumstances.

"I worry about the kids a lot," Melissa Giroux, who heads the school's English department, told CBS News ahead of testing in June. "I worry that they failed a lot in the past, so many of them are three or four grade levels below where they should be and I worry that a taste of failure with this Common Core test could bring back all of those old feelings and disengage them from school again."

The Common Core standards aim to raise math and English proficiency for the nation's elementary, middle and high school students. The national education guidelines are hailed as promoting more skills-based learning while creating uniform benchmarks by which to measure students and schools across states, compared with the No Child Left Behind law which effectively allowed states to change their definitions of proficiency to avoid federal repercussions. Like No Child Left Behind, Common Core is accompanied by tests aligned with its standards, but they are regarded as largely more rigorous than previous tests.

ROADS, Giroux said, is a school that takes an added interest in its students, providing them with services ranging from emotional support to child care, and sometimes just a place to call home.

"It's hard to explain to these students why they still have to go through the same things when they've spent their lives sort of being bumped around by the system," Giroux said.

Jacobs moved from a homeless shelter to permanent housing last year. Testing pressure, he says, has hit some of his peers harder than others.

"I mean me as an individual, I've been through so much in life that I've just learned that you can't let things get you all boiled up inside," Jacobs said.

The increasingly controversial math and reading standards -- derided on the political right as a federal overreach and on the left as an over-reliance on standardized testing -- were adopted by more than 40 states in 2010. New York was one of the first states to roll out Common Core testing for middle schoolers in 2013. The state introduced math and English exams aligned with the new standards for high schoolers in 2014. Many of the students at ROADS had limited testing experience, and needed to be familiarized with the rigors of multi-hour exams.

"It's squeezed a lot of more time out of my schedule," Jacobs said.

Giroux said she would have preferred to continue teaching her lessons rather than take time out preparing students for Common Core tests. Jacobs felt the same way.

"I'd rather be in there learning something I could apply to life, instead of being evaluated on my education level," Jacobs said.

But Giroux said there are positives to the new standards.

"It's much more skills based," she said. "Our students are beginning to develop things that they can apply in multiple content areas which is obviously more useful than memorizing and regurgitating."

The problems come, Giroux said, with rushed implementation. And at schools like ROADS, more common standards may hinder the search for new approaches to educating students.

"We love them, and we want to nurture them and we're struck with this reality right -- the reality of their lives and how much we want to fix the outside of school stuff and the reality that without that academic core, they won't be successful," Giroux said.

"And so we are trying to build non-traditional programs but with Common Core, with state standards, there's only so much we can change."

On the tests he took in June, Jacobs ended up scoring the second highest in his class, exceeding New York's college and career proficiency standard. He plans to join ROADS' first graduating class in June of next year.