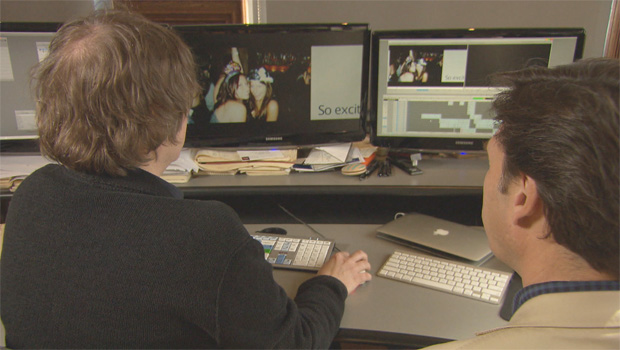 Time for some coming attractions -- compliments of our Lee Cowan:

The great Alfred Hitchcock certainly knew how to make a movie -- but he also knew how to SELL a movie.


His trailer for "Psycho," back in 1960, lasted a remarkable six-and-a-half minutes. But perhaps most remarkable is that in all that time, Hitchcock didn't give away too much:

"This young man, you had to feel sorry for him," Hitch said while strolling through the location of the Bates Motel. "After all, being dominated by an almost maniacal woman was enough to drive anyone to the extreme of, ahhh, ... well, let's go in.

"The bathroom ... They've cleaned all this up now, big difference. You should have seen the blood," the director mused.

They are exquisitely edited. They're flashy and heart-pounding, but also heartwarming and funny.

Trailers are all sales pitches disguised as entertainment, even art. But as alluring as they can be, movie trailers still suffer from one recurring criticism, a complaint Matt Brubaker gets a lot: "Why do they show everything in the movie trailer?"

He works for an entertainment marketing company called Trailer Park, one of dozens of firms that specialize in producing movie trailers, like this one for "Mad Max: Fury Road":

Brubaker's job, he says, is to dazzle, to collaborate with both the studios and the filmmakers to showcase the best a film has to offer -- and that often means inching within an eyelash of spoiler.

"Do you ever worry that sometimes the trailer will be better than the movie itself?" Cowan asked.

"No! I mean, that's the goal!" Brubaker laughed. "Well, .. I shouldn't say it for the filmmakers, but if the trailer is better than the movie, I mean, that will get people at least to the theaters."

It used to be we only saw trailers in theaters. Originally, they ran AFTER the feature presentation -- that's actually how they got the name "trailer."

In the silent era, they were filled with silent superlatives that were exhausting to read. ("Magnificence! Majesty! Awe Inspiring Magnitude! In this sumptuous screen presentation of the most sensational of all stage successes!" read a SINGLE title card from the trailer for the 1925 film, "Ben Hur.")


But that over-the-top salesmanship stuck, whether it was the trailer for "Casablanca" or "The African Queen." ("In all the magnificence of color by Technicolor, comes the most exciting adventure ever screened!")

"When you're advertising the same kind of product, again and again and again, I don't think it's unfair to say that formula is going to creep into the equation," said film historian Leonard Maltin. He says not everyone loved having to market their films in such a brash way. Orson Welles, for example, practically made fun of trailers, in his for "Citizen Kane":

"I'm speaking from the Mercury Theater. And what follows is supposed to advertise our first motion picture. 'Citizen Kane' is the title, and we hope it can be correctly called a coming attraction."

"He did it in an artful and creative way with tongue well in cheek, where he says flat-out this is a piece of ballyhoo," said Maltin.

These days trailers are more than ballyhoo -- they're big business.

"Trailers, they're under such a microscope right now," said Brubaker. "You constantly have to out-do yourself."

In fact, they've become their own genre -- so much so that trailers even have their own award shows, like the Golden Trailer Awards.

Few have won as many of them as Mark Woollen. "I see every little shot, frame, moment of dialogue as little puzzle pieces that we're trying to then reassemble into our two-minute puzzle," he said.

His process of creating those puzzle pieces is pretty unique. He'll watch an entire movie with the sound off -- sometimes, he'll watch it all backwards.

"I'm just looking for those moments. What are those key things -- those head turns, those looks, those little smiles? I'm just looking for fractions of a second that are going to kind of hit me on an emotional level, and those are the moments that I know are my trailer moments."

He's cut the trailers for the last two Best Pictures in a row: "Birdman" and "12 Years a Slave." This year he was hired to make the trailer for the Oscar-nominated "The Revenant."

"It was really about trying to convey that feeling, that visceral experience of the movie," Woollen said.

"The Revenant" is full of grand cinematography -- but not a grand amount of dialogue. So Woollen had to find something else to pace his trailer: Leonard DiCaprio's breath:

"There is kind of this constant thread which is carrying you through, which is this breath," he said.

"So it's really kind of all those elements coming together to try and create this feeling," said Woollen.

Most of us, though, still recall the days of the trailers with the booming narrator ("Ghostbusters. They catch the ghosts that won't stay dead!"), such as the late Don LaFontaine, who was featured in more than 5,000 trailers. That deep baritone was so recognizable he was dubbed "Thunder Throat."

The trailer for Jerry Seinfeld's film, "Comedian," featured another Voice of God, Hal Douglas. who took the opportunity to make a little fun of himself, and the genre:

The "Voice of God" narrators are largely gone now. Most modern trailers let the films speak, or joke, for themselves.

While they may give too much away -- and movie-goers may grumble there are a few too many -- an argument can be made that trailers are as much a part of the pageantry of film as the Oscars themselves.