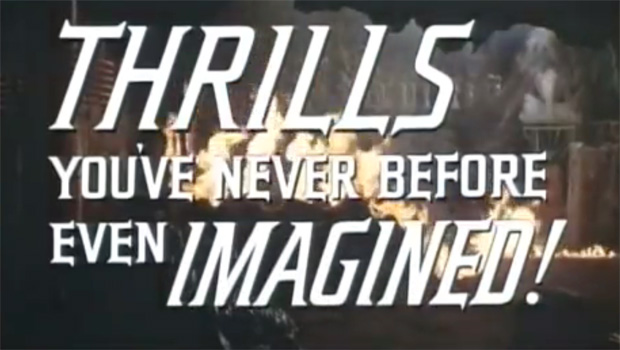 Movie trailers make a difference to a lot of Americans, particularly those under 35. Although most Americans (56%) say that movie trailers hardly ever, or never, convince them to go see a movie, nearly half (44%) admit that they go to see movies because of their trailers at least sometimes, including 16% who do so often.

And when it comes to that highly-sought-after younger demographic between the ages of 18 and 34, most (57%) say they see movies because of trailers at least some of the time, including one in four who do so frequently.


Conversely, 28% of Americans over 65 hardly ever go to a movie because of the trailer, and 43% say they never do.

How Often Do Movie Trailers Convince You to See a Movie?


Who is Your Favorite Oscar Host?

Many people have hosted the Academy Awards broadcasts over the years, and Americans are divided as to who is their favorite, when asked to choose from a number of people who have served as Oscar host at least twice.

Sixteen percent of Americans pick Ellen DeGeneres, just a hair ahead of the 15% who choose another two-time host, Chris Rock (who will be making his third appearance as host this year).

Building a canoe, and ties to his late father

In turn, Rock just barely edged out nine-time Oscar host Billy Crystal (14%), who ranks just two points ahead of the man who has hosted more Oscar ceremonies than the other three combined: Bob Hope (12%).

DeGeneres is the clear favorite among women (25%), while men are divided between Rock (16%) and Crystal (16%) for their top choice.


Different hosts covered different eras of the movie industry, and different generations of Americans have different favorites. Adults under 45 pick Ellen DeGeneres and Chris Rock as their top two choices, while those between 45 and 54 pick Billy Crystal as their top choice (22%). Americans between 55 and 64 are torn between Crystal (19%) and Bob Hope (18%), while those 65 and older overwhelmingly favor Hope (32%).


Movies Based on a True Story

A number of Best Picture nominees this year ("The Big Short," "Bridge of Spies," "The Revenant" and "Spotlight") are based on true stories, but how important is it to moviegoers that those "true stories" are really true? For most Americans this is very important: 57% of Americans say it's very important that a movie is accurate if it purports to be based on a true story, while another 30% say it's only somewhat important. Just 13% think it's either not very important, or not important at all.

How Important is it that a Movie Based on a True Story is Accurate?

This poll was conducted by telephone February 12-16, 2016 among a random sample of 1,014 adults nationwide. Data collection was conducted on behalf of CBS News by SSRS of Media, Pa. Phone numbers were dialed from samples of both standard land-line and cell phones.