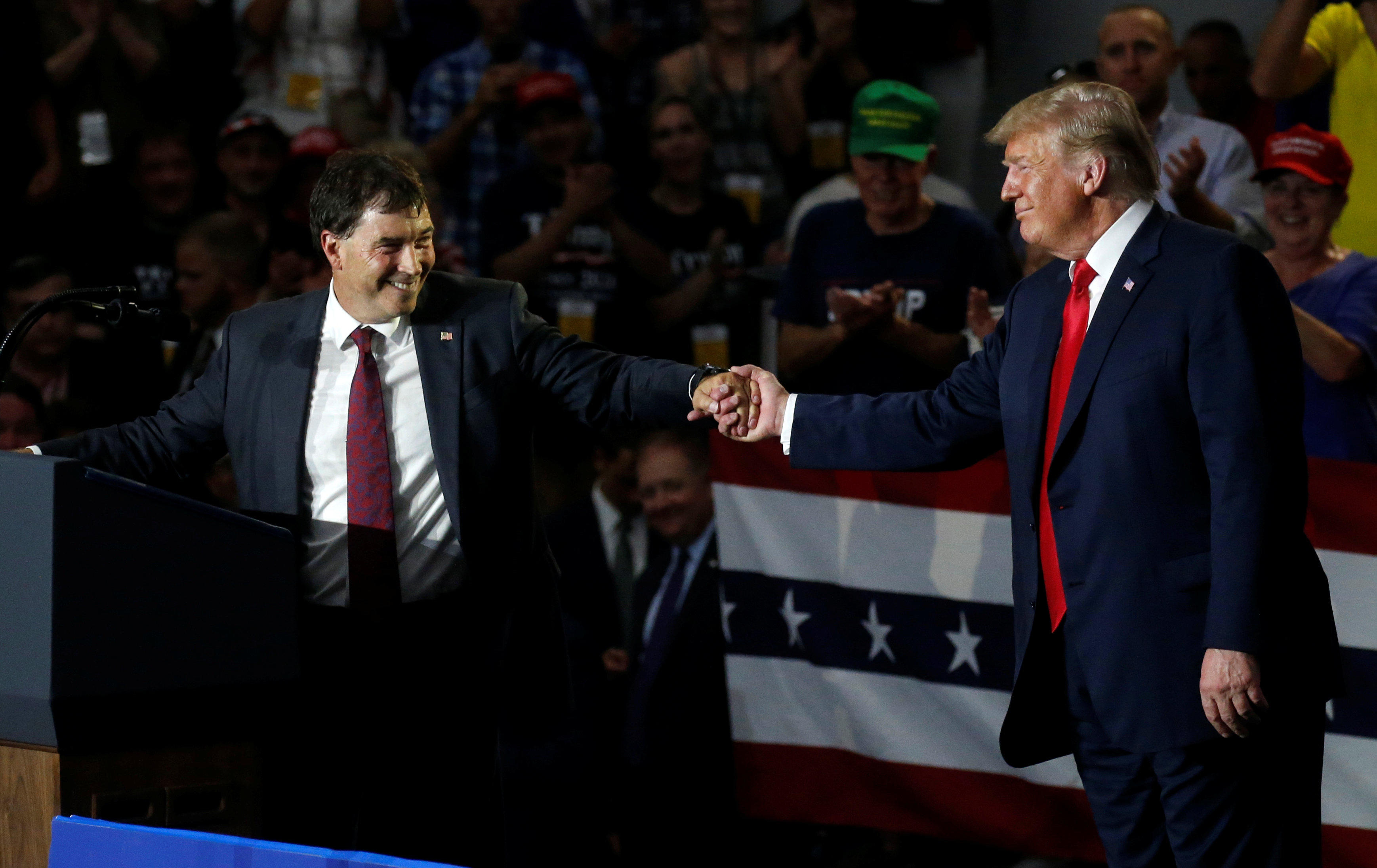 A bad result for Republicans in Ohio

CBS News says the special election in Ohio's 12th Congressional District is still too close to call, with Republican state Sen. Troy Balderson currently leading Democrat Danny O'Connor by a narrow margin. However, that hasn't stopped President Trump, whose recently rally in the district may have boosted Balderson, from taking a preemptive victory lap.

But even if Balderson does indeed win the seat, Republicans should be nervous. This is a district that went easily for Mr. Trump, who won it by 11 points, and 2012 GOP nominee Mitt Romney, who won it by 10 points.

By every indication, this Columbus-area seat should be safe Republican terrain, at least by traditional metrics. It's overwhelmingly white. It was redrawn in 2012 to make it much more GOP-friendly than it had been. And it's home to Delaware County, which has the highest median income in Ohio and last voted for a Democratic presidential candidate in 1916.

While Democrats outspent Republicans in the race, this should have been an easy Republican win. And it highlights conservative fears that affluent white suburbanites – the kind of voters who have consistently backed Republicans for decades – are abandoning the party under Mr. Trump.

In any event, given that this was only a special election, Balderson and O'Connor are set for a rematch in November.

A big win for labor in Missouri

As CBS News' Grace Segers reported, Tuesday night's referendum on Proposition A, which would have turned Missouri into a "right-to-work" state, was a major test of union power. Right-to-work laws prevent labor unions from collecting dues as a condition of employment, and are championed by Republicans looking to gut union coffers while making states friendlier to business.

Proposition A was supposed to be decided on Election Day in November, but proponents successfully changed it to Tuesday. Seeing as the GOP had a Senate primary that day, while Democrats effectively did not, the move was aimed at decreasing Democratic turnout and increasing the odds of Proposition A's passage.

It didn't work. Proposition A went down in flames, a major victory for America's struggling labor movement, particularly after a recent Supreme Court decision that hobbled the ability of public-sector unions to compel dues for members. And given the importance of labor to the Democratic Party, the result might also indicate that Sen. Claire McCaskill, a vulnerable Democratic incumbent in the GOP-leaning state, may be tough to beat in November.

A GOP leader fights for her political life

Rep. Cathy McMorris Rodgers is the fourth-ranking Republican in the House. She represents what had been a safe GOP district in Eastern Washington that last voted for a Democratic presidential candidate in 1996. And she might be in trouble come November.

Washington has a "jungle primary" system in which the top two finishers, regardless of party, go on to compete in the general election. But while Rodgers will be on the ballot, she essentially tied Democrat Lisa Brown in terms of votes, which does not bode well for her chances at reelection.

CBS News rates the district as "very likely" competitive in a November, which is remarkable given Rodgers' prominence and the district's typical GOP lean. Mr. Trump won the district by 12 points in the 2016 election.

Congress likely to have its first Muslim woman

The Democratic primary to replace retiring Rep. John Conyers in Michigan's 13th Congressional district was won by Rashida Tlaib. And given the fact that Democrats overwhelmingly outnumber Republicans in this Detroit-area seat, she's all but assured to win in November.

Here's Tlaib discussing her campaign on CBSN's "Red and Blue" in May.

Buoyed by a late endorsement from Mr. Trump, Kansas Attorney General Kris Kobach looked like he was ready to defeat incumbent Gov. Jeff Cloyer in the state's GOP gubernatorial primary. But Kobach, an immigration hardliner with close ties to the White House, was essentially neck-and-neck with Cloyer as off Wednesday morning.

Kobach currently holds a minuscule lead in the race, which may be heading for a recount. Although he was challenging an incumbent in the primary, which is rarely an easy feat, Cloyer has only been governor since January when he took over for the unpopular Sam Brownback, who left to take a minor diplomatic posting in the Trump administration.

As secretary of state, Kobach could theoretically oversee the recount election, according to the Kansas City Star, unless he decides to recuse himself. Kobach is a staunch advocate of stricter voting laws and agreed to co-chair Mr. Trump's scuttled voter fraud commission.