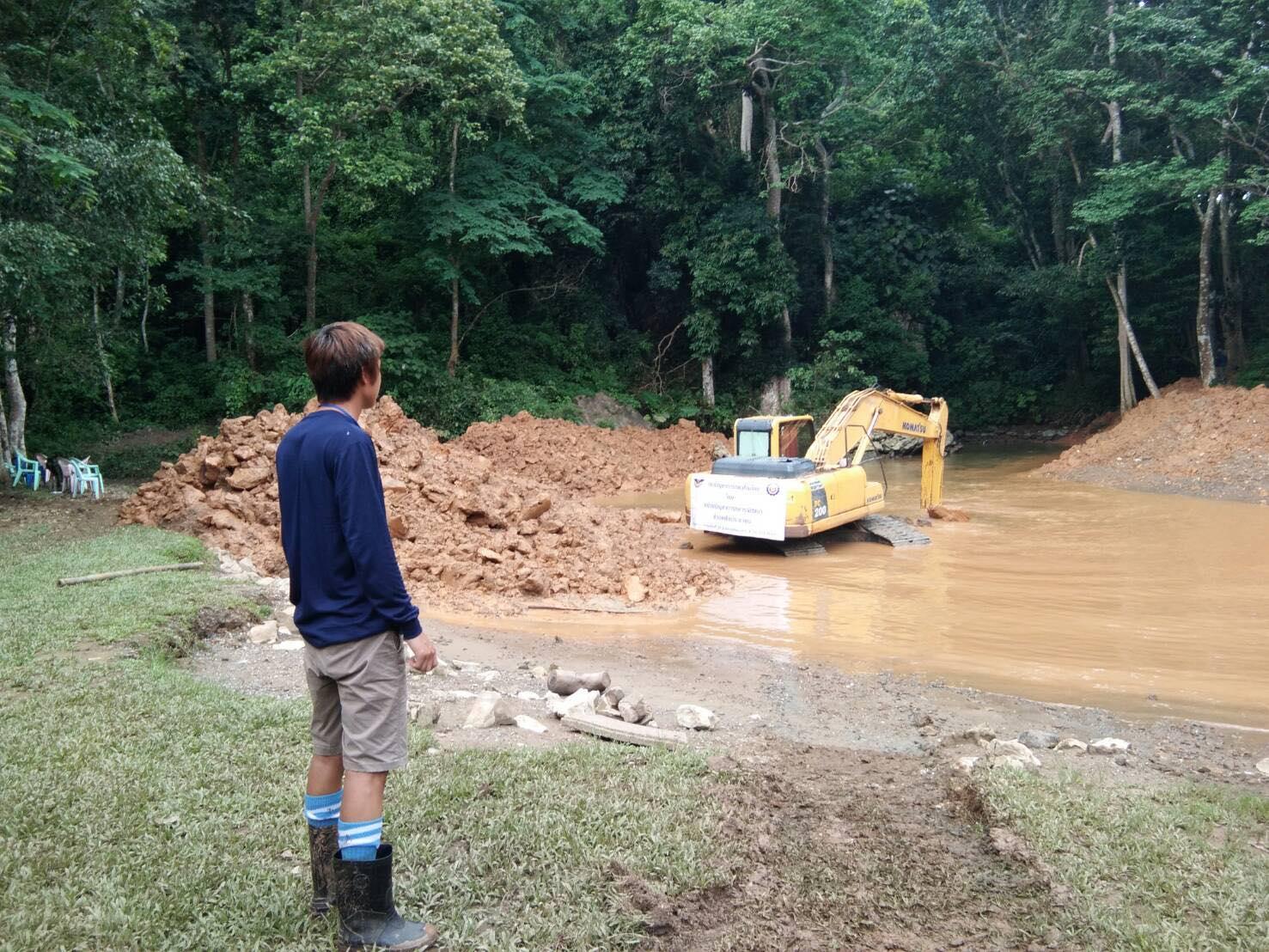 A restaurant owner from Illinois was summoned to help his home country of Thailand, and he joined the efforts to rescue 12 boys and their soccer coach who became trapped in a cave when it filled with floodwaters last month.

Tsanet Natisri owns the restaurant THAI-D in Marion, Illinois, where he and his wife serve traditional Thai cuisine, WFVS reports. Natisri is a groundwater expert and planner who moved to the U.S. in 2004 from his native Udon Thani, Thailand.

Officials knew Natisri had the skills needed to aid the rescue operation, so they called on him to help pump water out of the cave where the soccer team was stranded.

Natisri was in Thailand doing charity work when military officials requested his help at the cave site on June 28, WFVS reports. He travels back and forth to Thailand three or four times a year, often for charitable work, he told CBS News. "I was doing a groundwater recharge project with the government when the military called me and asked for help," Natisri said.

"I'm in charge of the water situation for the whole rescue operation since June 30," Natisri said. Since joining the effort, he says he's worked with rescue personnel from Thailand, the U.S., U.K. and Australia.

One of the first things rescue personnel did was pump excess water out of the cave in an attempt to bring the levels down so it was safer to attempt a rescue.

Natisri's main role in the operation is to maintain the water level inside the cave, his wife says. "I'm not really worried because he doesn't really need to get inside the cave," Yada Natisri, told KFVS.

Natisri posted several photos and videos from the mission on Facebook, showing his calculations for the water pumping. He also shared photos of what he described as a brief meeting with engineers from SpaceX, who were sent by Elon Musk.

In a post from Sunday, the first day of the rescue operation, Natisri wrote in Thai that "starting from today the water situation will play a major role in the operation, our team will do the best we can so people inside the cave will be safer." Sunday was the first time any of the trapped boys were able to leave the cave. A small amount of rain caused some water to go into the cave, but officials were able to pump an almost equal amount of water out and rescue four of the boys.

There were cloudy skies in Chiang Rai on Monday, and it was not immediately clear how the overnight rains had impacted water levels inside the flooded cave, but another four boys were successfully rescued.

Natisri is planning on returning back to the states in a few days, but says he would extend his trip if needed. Officials plan on continuing the rescue operation to save the remaining four children and their coach on Tuesday.

"I'm glad that I was a major instrument part of this important mission and able to help," Natisri said. "I think the kids must be very exhausted and have to keep up with all kinds of emotion while waiting for rescues."