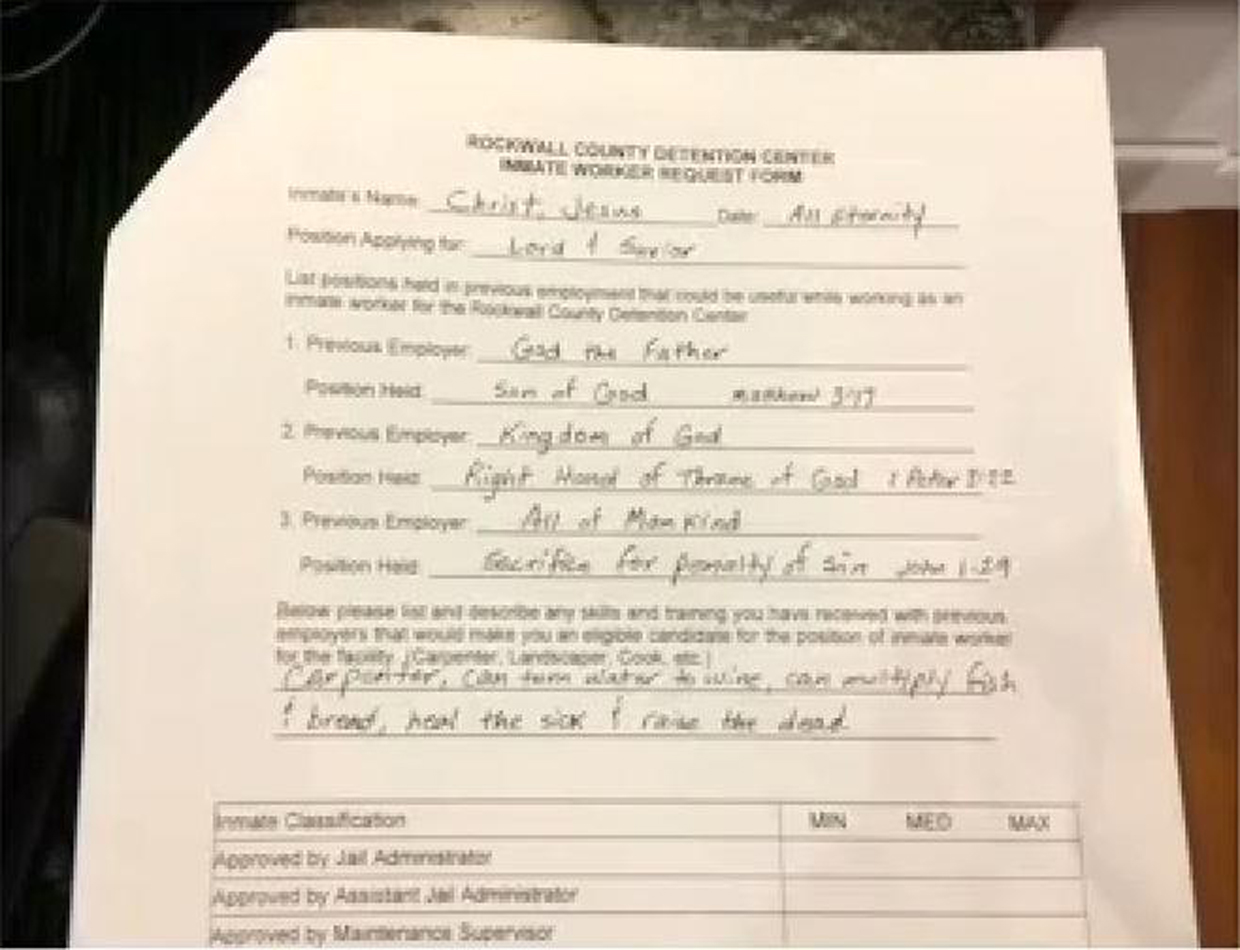 ROCKWALL, Texas -- Five days before Eric Williams faced the first of three trials for the murders of a Texas district attorney, his wife and a top assistant, the former Justice of the Peace claimed he was Jesus Christ in jail paperwork.

The document surfaced Wednesday during a sentencing hearing for Williams in the 2013 murder of Cynthia McLelland, reports CBS DFW.

On the form, an inmate work request filed November 26, Williams wrote that his name was "Christ, Jesus," and said he was applying for the position of "lord and savior."

Williams' list of skills included a claim that he could "heal the sick and raise the dead."

Most of the people who testified on Williams' behalf Wednesday were jail personnel or ministers who worked with inmates. During opening statements, Williams' attorney Maxwell Peck asked the jury to show restraint in the capital case.

"We know it would be easy to sidle up to anger now, to insist that life without the possibility of parole isn't bad enough, to pronounce Eric Williams is deader than dead and call it a day," Peck said

But the prosecution called witnesses who testified to a history of violent statements allegedly made by Williams.

Dennis Jones, a Kaufman County judge who once shared an office with Williams, said four years ago Williams made threatening statements against another lawyer.

Williams was a Justice of the Peace who lost his job and his law license in 2012 after Mike McLelland and Hasse successfully prosecuted him for stealing three computer monitors from a county government building.

Prosecutors say Williams shot Cynthia McLelland in the head in March 2013, and then shot Mike McLelland and stood over his body, firing repeatedly.