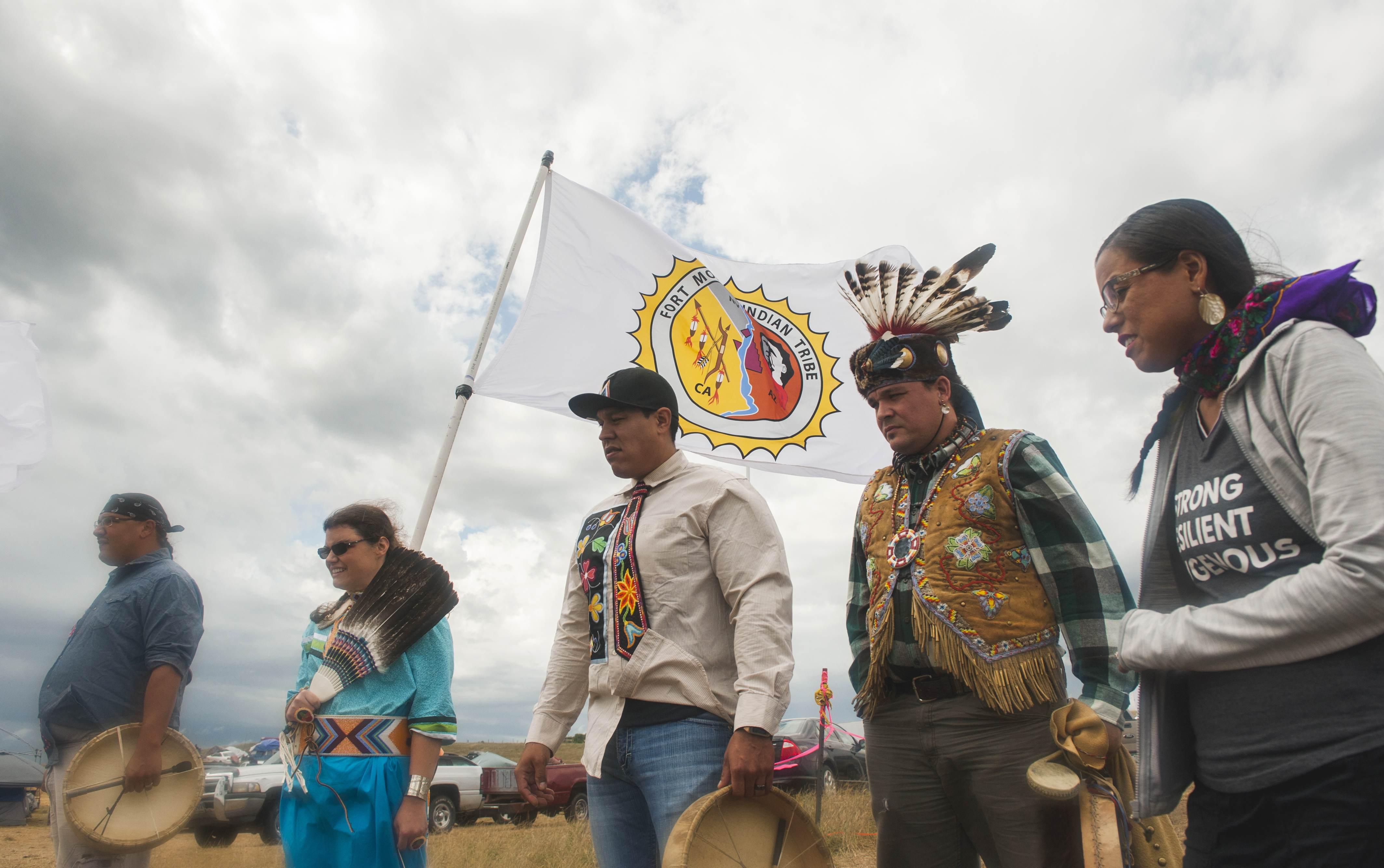 BISMARCK, N.D. - The head of a Texas company building the controversial $3.8 billion Dakota Access pipeline told employees Tuesday that it is committed to the project despite strong opposition and a federal order to halt construction near an American Indian reservation in North Dakota.

Energy Transfer Partners CEO Kelcy Warren said in a memo to employees that the four-state, 1,172-mile project is nearly 60 percent complete and that “concerns about the pipeline’s impact on the local water supply are unfounded.” The Standing Rock Sioux tribe and others argue the project will impact drinking water for thousands of tribal members and millions downstream.

“I am confident that as long as the government ultimately decides the fate of the project based on science and engineering, the Dakota Access Pipeline will become operational ... So we will continue to obey the rules and trust the process,” he wrote.

Standing Rock Tribal Chairman Dave Archambault II said he and the thousands of others who have gathered at an encampment in southern North Dakota to protest won’t budge.

“People are still coming down here and are committed to stopping the project,” he said.

Warren’s memo, which was released to some media outlets, is the first time in months the company has provided significant details of the project. The company often has ignored requests for comment from The Associated Press.

“Our corporate mindset has long been to keep our head down and do our work,” his memo said. “It has not been my preference to engage in a media/PR battle. However, misinformation has dominated the news, so we will work to communicate with the government and media more clearly in the days to come.”

The Standing Rock Sioux is challenging the Army Corps of Engineers’ decision to grant about 200 permits at water crossings for pipeline, which goes through the Dakotas and Iowa to Illinois. The tribe says the project will disturb sacred sites and impact drinking water.

Wikaya Eagleman of the Sicangu Lakota, told CBS News: “They just came in and destroyed it.”

“Yeah, you know they instigated the whole situation. They came to use their dogs on my people,” Wikaya said. “They came and maced us. So what else are we supposed to do? We ain’t going to stand and let them do this anymore.”

Energy Transfer Partners disputes the claims of Native Americans, saying the pipeline would include safeguards and that workers monitoring the pipeline remotely could close valves within three minutes if a breach is detected.

“We have designed the state-of-the-art Dakota Access pipeline as a safer and more efficient method of transporting crude oil than the alternatives being used today,” his memo said.

The tribe’s effort to temporarily block construction near its reservation on the North Dakota-South Dakota border was denied by U.S.District Judge James Boasberg​ on Friday. But minutes later, federal officials ordered a temporary halt to construction on Army Corps land around and underneath Lake Oahe - one of six reservoirs on the Missouri River. Three federal agencies also asked ETP for a “voluntary pause” in work for 20 miles  (32 km) on either side of Lake Oahe.

The federal departments said the case “highlighted the need for a serious discussion” about nationwide reforms “with respect to considering tribes’ views on these types of infrastructure projects.”

Warren said the company had consulted with more than 55 tribes, including the Standing Rock Sioux, adding that ETP values and respects “cultural diversity and the significant role that Native American culture plays in our nation’s history and its future and hope to be able to strengthen our relationship with the Native American communities as we move forward with this project.”

Archambault said the consultations were one-sided and that “they met with us after their plans were already made.”