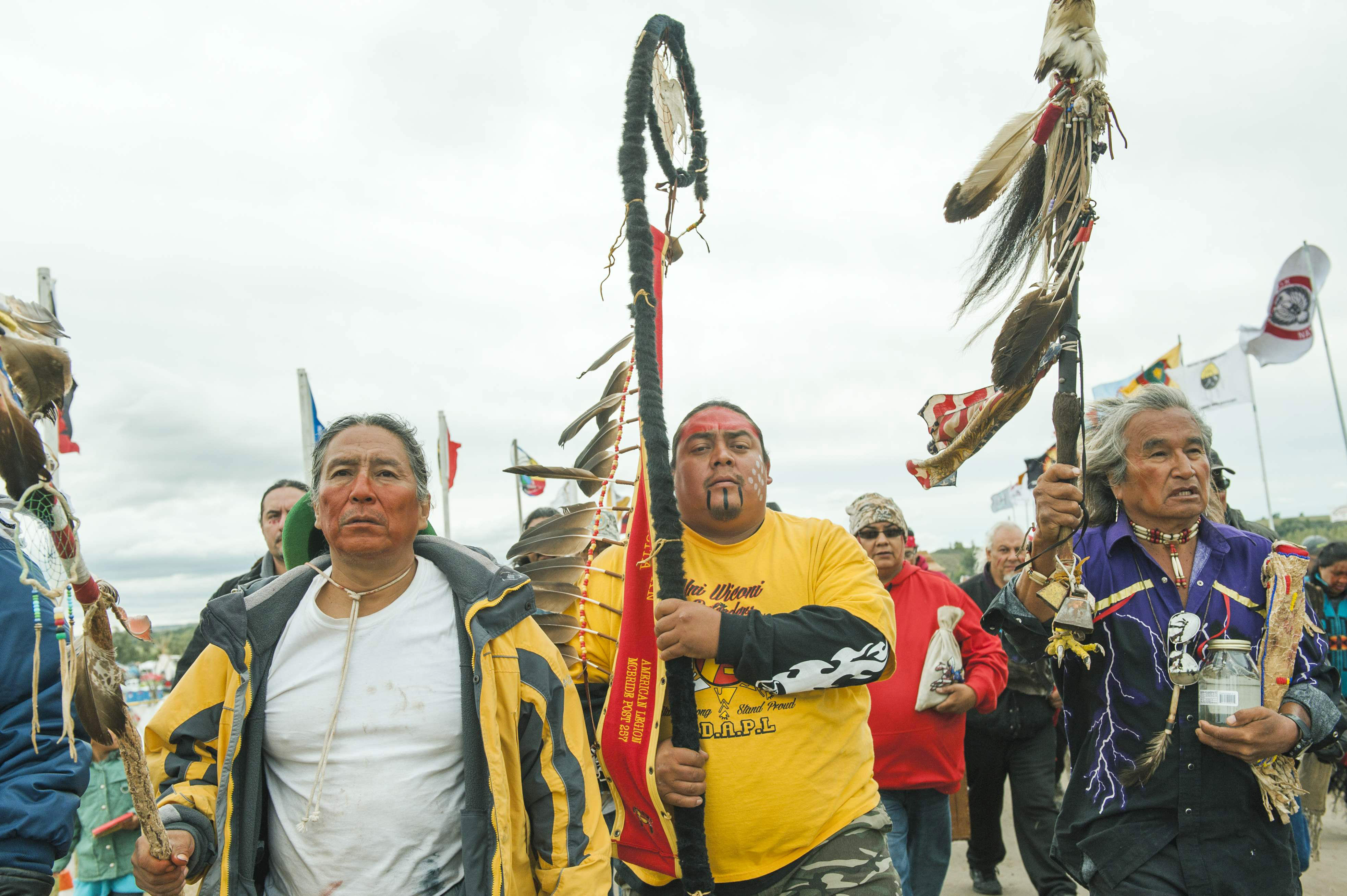 The tribe, whose cause has drawn thousands to join its protest, had challenged the Army Corps of Engineers’ decision to grant permits at more than 200 water crossings for Dallas-based Energy Transfer Partners’ $3.8 billion pipeline, saying that the project violates several federal laws, including the National Historic Preservation Act, and will harm water supplies. The tribe also says ancient sacred sites have been disturbed during construction.

Green Party presidential candidate Jill Stein earlier this week stood with the protesters, then spray-painted on construction equipment “I approve this message,” CBS News’ Mark Albert reports. There’s a warrant out for her arrest.

U.S. District Judge James Boasberg in Washington denied the tribe’s request for a temporary injunction in a 58-page opinion.

But a joint statement from the Departments of Justice, Army and Interior asked Energy Transfer Partners to “voluntarily pause” work within 20 miles east or west of the lake while it reconsidered “any of its previous decisions” on land that borders or is under Lake Oahe. The statement also said that the case “highlighted the need for a serious discussion on whether there should be nationwide reform with respect to considering tribes’ views on these types of infrastructure projects.”

Attorney Jan Hasselman with environmental group Earthjustice, who filed the lawsuit in July on behalf of the tribe, said in the days before the ruling that it’ll be challenged.

“We will have to pursue our options with an appeal and hope that construction isn’t completed while that (appeal) process is going forward,” he said. “We will continue to pursue vindication of the tribe’s lawful rights even if the pipeline is complete.”

Tribal historian LaDonna Brave Bull Allard said after the ruling that it gives her “a great amount of grief. My heart is hurting, but we will continue to stand, and we will look for other legal recourses.” She also said the protest will continue.

Boasberg’s ruling said that “this Court does not lightly countenance any depredation of lands that hold significance to the Standing Rock Sioux” and that, given the federal government’s history with the tribe, “the Court scrutinizes the permitting process here with particular care. Having done so, the Court must nonetheless conclude that the Tribe has not demonstrated that an injunction is warranted here.”

The 1,172-mile project will carry nearly a half-million barrels of crude oil daily from North Dakota’s oil fields through South Dakota and Iowa to an existing pipeline in Patoka, Illinois.

Judith LeBlanc, a member of the Caddo Nation in Oklahoma and director of the New York-based Native Organizers Alliance, said before the decision that she expected the protest, which drew thousands Friday, to remain peaceful.

“There’s never been a coming together of tribes like this,” she said of Friday’s gathering of Native Americans, which she estimated could be the largest in a century. People came from as far as New York and Alaska, some bringing their families and children, and hundreds of tribal flags dotted the camp, along with American flags flown upside-down in protest.

They pumped their firsts in the air and chanted “I believe that we will win” and carried signs that read “Respect Our Water” and “Water Is Sacred.” About 50 Highway Patrol officers lined up about 100 yards away from the protesters.

State authorities announced this week that law enforcement officers from across the state were being mobilized at the protest site, some National Guard members would work security at traffic checkpoints and another 100 would be on standby. The Great Plains Tribal Chairman’s Association has asked the federal Justice Department to send monitors to the site because it said racial profiling is occurring.

Nearly 40 people have been arrested since the protest began in April, including tribal chairman Dave Archambault II, though none stemmed from Saturday’s confrontation between protesters and construction workers. Tribal officials said workers allegedly bulldozed sites on private land that Hasselman said in court documents was “of great historic and cultural significance.” Energy Transfer Partners denied the allegations.

Four private security guards and two guard dogs were injured, officials said, while a tribal spokesman said six people - including a child - were bitten by the dogs and at least 30 people were pepper-sprayed. The state’s Private Investigation and Security Board received complaints about the use of dogs and will look into whether the private security personnel at the site are properly registered and licensed, board attorney Monte Rogneby said Friday, adding that he would not name the firms.

On Thursday, North Dakota’s archaeologist said that piece of private land was not previously surveyed by the state would be surveyed next week and that if artifacts are found, pipeline work still could cease.

The company plans to have the pipeline completed this year. In court papers, ETP said stopping the project would cost it $1.4 billion the first year, mostly due to lost revenue in hauling crude.

“Investor appetite for the project could shift and financing may no longer be available,” the company said. “Construction of the entire project would cease and the project itself would be jeopardized.”

A status conference in the Standing Rock Sioux’s lawsuit is scheduled for Sept. 16.