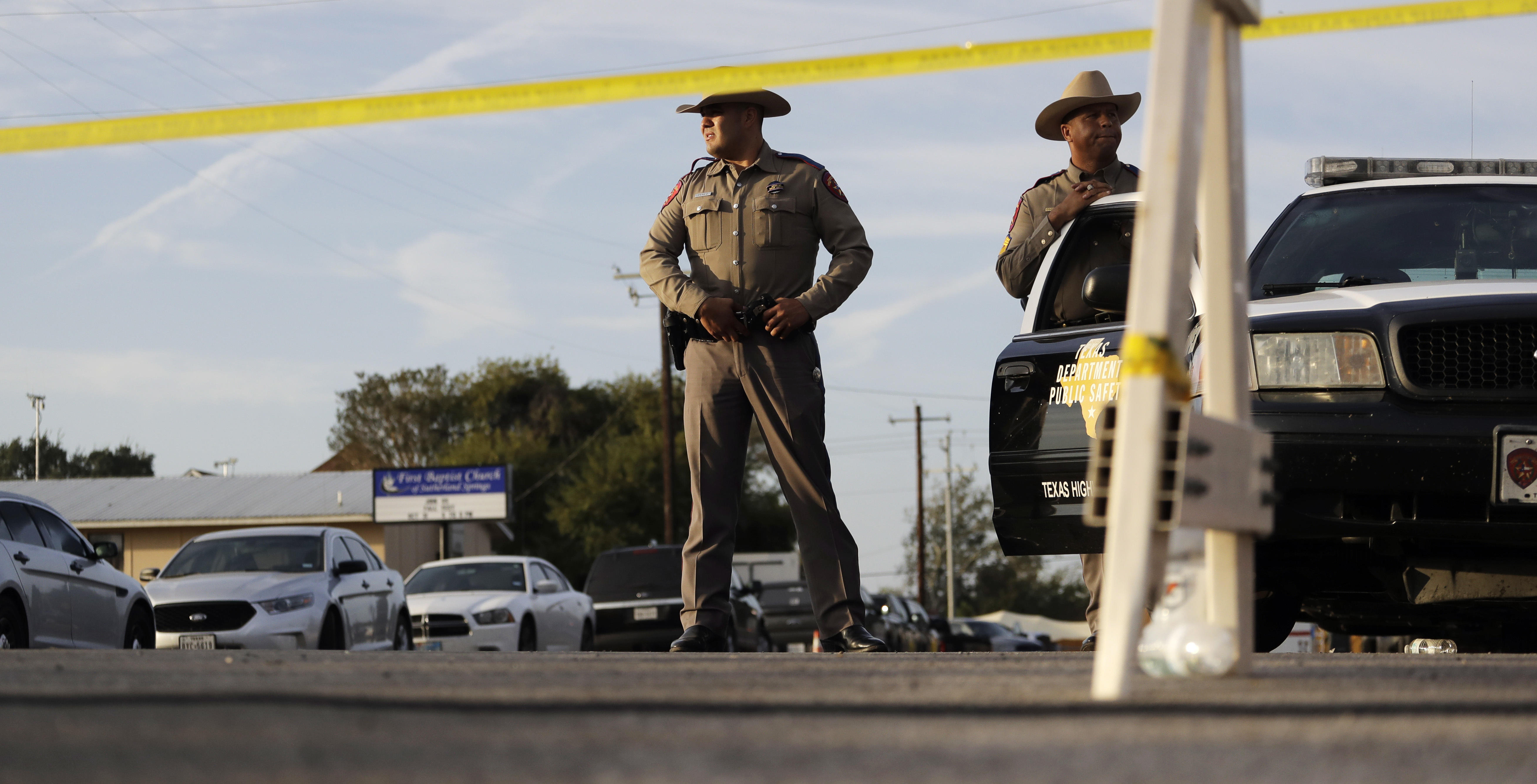 Investigators are closer to learning Devin Kelley's motive for killing 26 worshipers during Sunday services at a church in Sutherland Springs, Texas. They say just before the massacre, Kelley sent threatening messages to a church member, his mother-in-law.

People gathered Monday night in Sutherland Springs for a vigil for those killed. Among the crowd were the two men responsible for chasing Devin Kelley from the scene.

Monday night, police said they recovered 15 30-round capacity magazines at the scene. All of them were spent. One man may have prevented the suspect from firing even more bullets, reports CBS News correspondent Jeff Glor.

Stephen Willeford, who ran out of his house barefoot, shot at the gunman and forced him to flee is being hailed as a hero.

"I'm no hero. I am not. I think my God, my lord, protected me and gave me the skills to do what needed to be done. And I just wish I could've gotten there faster," Willeford said.

Willeford is friends with many of the congregants at First Baptist Church.  So every shot he heard Sunday morning, he says, likely represented the life of someone he knew.

"We exchanged gunfire, and I know I hit him. I don't know where I hit him," Willeford said.

After the gun battle, gunman Devin Kelley fled the scene with Willeford in pursuit.  During the chase, the 26-year-old suspect called his father to say he didn't think he was going to make it.

According to Willeford, the suspect's car eventually flipped off the road. By the time police arrived, Kelley was dead.

"He sustained three gunshot wounds. Two gunshot wounds were from the armed citizen and he had a third gunshot wound consistent with being self-inflicted," said Freeman Martin of the Texas Department of Public Safety.

Cellphone video shows the chaos that spilled onto the front lawn of the church minutes after the shooting spree. Twenty-three people were killed inside the sanctuary, two outside and a third died at the hospital.

The suspect was estranged from his current wife Danielle Shields. His mother-in-law, a member of the church, received threatening texts from him, but was not present at the time of the shooting.

"There are many ways that he could have taken care of the mother-in-law without coming with 15 loaded magazines and an assault rifle to a church. I think he came here with a purpose and a mission," Martin said.

But among the dead was his wife's grandmother, 71-year-old Lula White.

On Monday, deputies blocked the entrance to the last place Kelley lived, a large house registered to his parents about 30 miles northeast of San Antonio.

He worked as an overnight security guard at this resort in New Braunfels, Texas. Resort manager Claudia Varjabedian says the day before the shooting, he left work early complaining of a headache.

"We thought he just didn't show up for work on Sunday and then about 5:30 my maintenance manager said have you not been watching the news? And I turned it on and that's when we found out about him," Varjabedian said.

Investigators recovered three of the suspect's guns. Two of them were purchased in San Antonio, including a Ruger AR-556 rifle. Another handgun was bought at a gun shop in Colorado Springs.