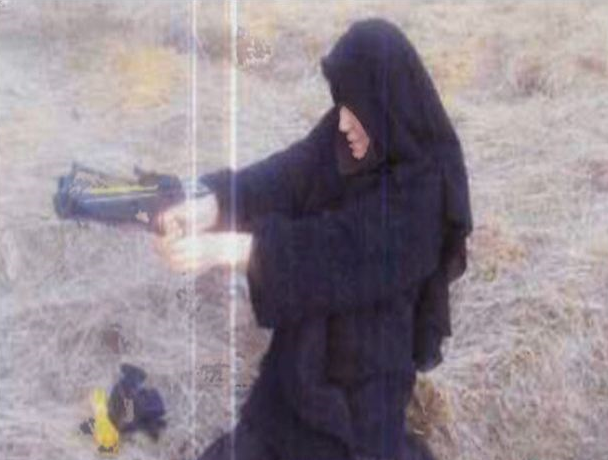 Hayat Boumeddiene, the girlfriend of the man killed in a shootout after after taking hostages in a Paris grocery store last week, spent six days in Istanbul before crossing the border into Syria late last week. It's believed she may have crucial information about whether her partner and the two others who took part in attacks last week were part of a bigger terrorist cell.

A Turkish official said Monday that Boumeddiene crossed the border into northern Syria on Thursday -- a day after her boyfriend Amedy Coulibaly allegedly shot a Paris police officer to death and then went on the run for two days, before himself dying in a police raid on the Jewish grocery store.

If Boumeddiene has gone to Syria to join the Islamic State of Iraq and Syria (ISIS) or another extremist group, she will not be the first European woman to do so, reports CBS News correspondent Holly Williams.

If the 26-year-old is now with a jihadist group in Syria, she joins hundreds of young, Muslim women from Europe who have traveled to the war torn country to join ISIS and al Qaeda. Many of them are just teenagers and women have been involved in terrorism from the very beginning.

Photographs of Boumeddiene show her transformation; from the daughter of a French delivery driver to a radicalized extremist.

Professor Mia Bloom, author of a study on women in terrorism, told CBS News that young women from the West, like Boumeddiene, are sometimes easy prey for radical Islamic groups.

"They can't read Arabic, they can't go to the original sources, they can't put up a fight when someone says 'Oh, yes, this is permitted in the Quran.' They don't know to say, 'No, it's not,'" Bloom said.

As ISIS tries to set up a functioning, Islamic state in Syria and Iraq, it's actively recruiting women from Europe and the U.S. to marry its fighters.

In one recruitment video for women, ISIS stresses homely pursuits like cooking and sewing. But, historically, there are many examples of women playing more violent roles.

Female suicide bombers from Chechnya, known as Black Widows, have carried out several deadly attacks in Russia. Women from Sri Lanka, Iraq and Nigeria have done the same.