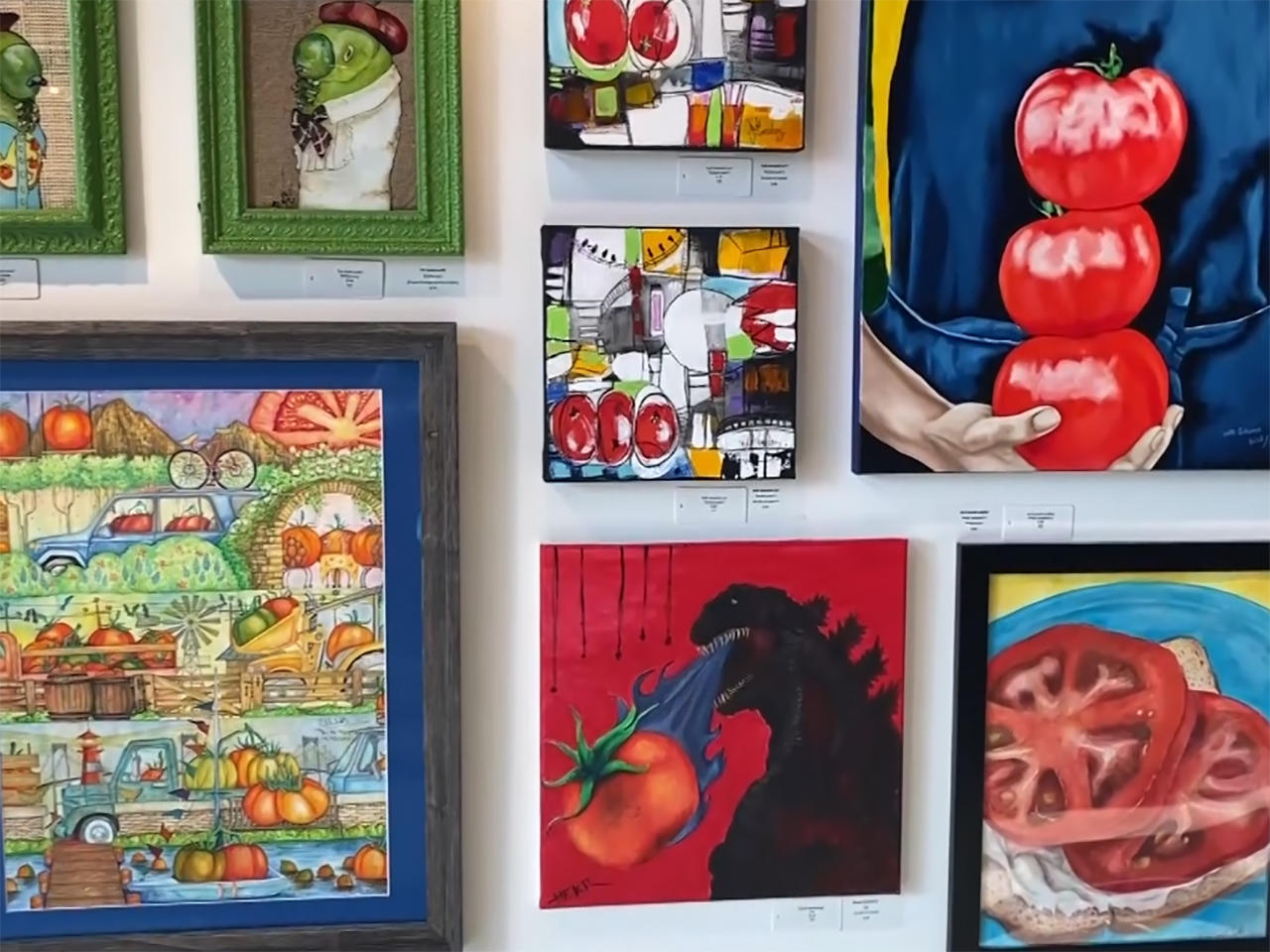 Every August, something big happens in the small community of East Nashville, Tennessee, that has residents seeing red. It's not the red one sees out of anger; rather the red one sees in love – love for the tomato.

For 18 years now, residents of this small community gather in the Five Points area of town to parade, drink and devour the seasonal treat. And after a difficult year, one that brought both a tornado and a global pandemic to this thriving arts community, there was definitely a need for a celebratory get-together.

Jack Davis, director of Tomato Art Fest, says this year's festival will draw more people to the festival because people are eager to just get out.

"Tomato Art Fest involves around 60,000 people every year, who come out to celebrate the tomato," David said. "Hundreds of local artists, as well as vendors, participate in the art show and it's a community-driven event, a family-friendly event, all centered around the age-old question of whether the tomato is a fruit or a vegetable."

The festival was created by East Nashville residents Meg and Brett MacFadyen, local artists who used to own the Art & Invention Gallery. Meg said they had decided, "We should do a tomato art show. Because tomatoes love the summer, and I hate the summer, and tomatoes are the only thing to get me through the summer! It was such a hit; like, a thousand people came.

The edible product of the Solanum lycopersicum plant is stuffed with historical controversy. Tomatoes form from a flower and contain seeds botanically, defining them as a fruit; but most of us use them in recipes as a vegetable. [In the 1893 import case Nix vs Hedden, the U.S. Supreme Court determined that a tomato was a vegetable based on its use in cooking.]

Then there's the correct pronunciation of the juicy, pulp bulb, made famous in the George and Ira Gershwin song, "Let's Call the Whole Thing Off." Toe-may-toe? Or tah-mah-toe?

It doesn't end there. At one time, tomatoes were thought to be poisonous. Craig LeHoullier, author of "Epic Tomatoes: How to Select and Grow the Best Varieties of All Time" (Storey Publishing), explains: "One of the reasons I believe that there was so little diversity in tomatoes themselves when they first showed up in seed catalogs in the country, mid-1800s, was that they thought that they were poisonous. And it could be that when people ate the Greens, they didn't feel so good. Or maybe the acid of tomatoes reacted with the putter on the plates and made them sick."

Any way you slice it, the tomato has earned its place in culinary masterpieces, and in our stomachs. Whether you enjoy eating them on white bread with a little mayo, or directly off the vine, tomatoes – like summer – are something to celebrate.

Produced and edited by Roman Feeser.