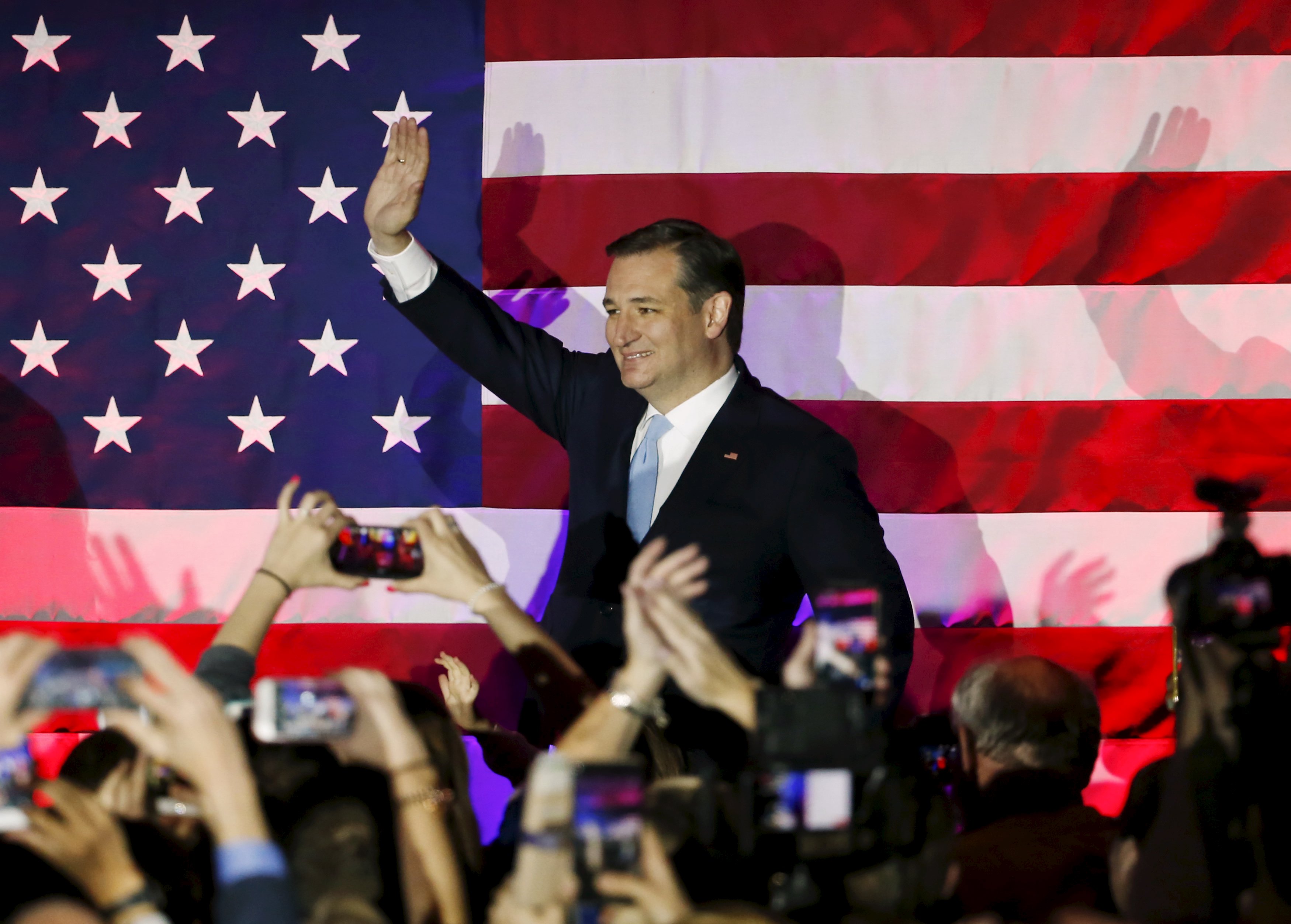 Ted Cruz relished his win in Wisconsin's primary Tuesday night, calling it a "turning point" in the Republican presidential race.

"Tonight is a turning point. It is a rallying cry," the Texas senator told his supporters at his campaign headquarters in Milwaukee, Wisconsin after he was declared the winner of the state's primary.

His Utah landslide win two weeks ago was the moment when the political terrain began to change, Cruz said. He mentioned the delegates he picked up in Colorado and in North Dakota -- of the North Dakota delegates that have declared their support for a candidate, Cruz said 18 are supporting him, compared to just one who is backing Donald Trump.

He suggested all of these victories in four very different states show he is uniting the GOP.

On Tuesday alone, Cruz told supporters his campaign has received over 1.3 million contributions totaling more than $2 million. And he's now confident he'll defeat Trump, though he conceded that he may not be able to declare victory before the nominating convention.

"I am more and more convinced that our campaign is going to earn the 1,237 delegates needed to win the Republican nomination," he predicted. "Either before Cleveland or at the convention in Cleveland, together we will win a majority of the delegates and together we will beat Hillary Clinton in November."

The Trump campaign tweeted a vituperative accusation after Cruz's victory in the Badger State.

"Not only was [Cruz] propelled by the anti-Trump Super PAC's spending countless millions of dollars on false advertising against Mr. Trump, but he was coordinating with his own Super PAC's [SIC] (which is illegal) who totally control him," Trump campaign spokeswoman Hope Hicks wrote. "Ted Cruz is worse than a puppet -- he is a Trojan horse, being used by the party bosses attempting to steal the nomination from Mr. Trump."

In response, Cruz spokesman Jason Miller said, "Donald Trump has a real problem when he gets his tail kicked, and that's exactly what happened tonight....[Y]ou look at the results from tonight -- I think you'd look and say that a lot of fooks are being turned off by that."

Miller went on to call Cruz's victory a "big win" and said that Trump's reaction is "just a pattern for Donald Trump. When things don't go his way, he freaks out. He calls names. I'm sure he's on Twitter as we speak right now...tweeting up a storm."

Cruz pointed out that of the original 17 Republicans who ran for the nomination, five have endorsed his campaign, including Jeb Bush and Lindsey Graham.

"It was a bad night in the Democratic primary and it was an even worse night for her in the Republican primary," he said. "Hillary, get ready. Here we come."