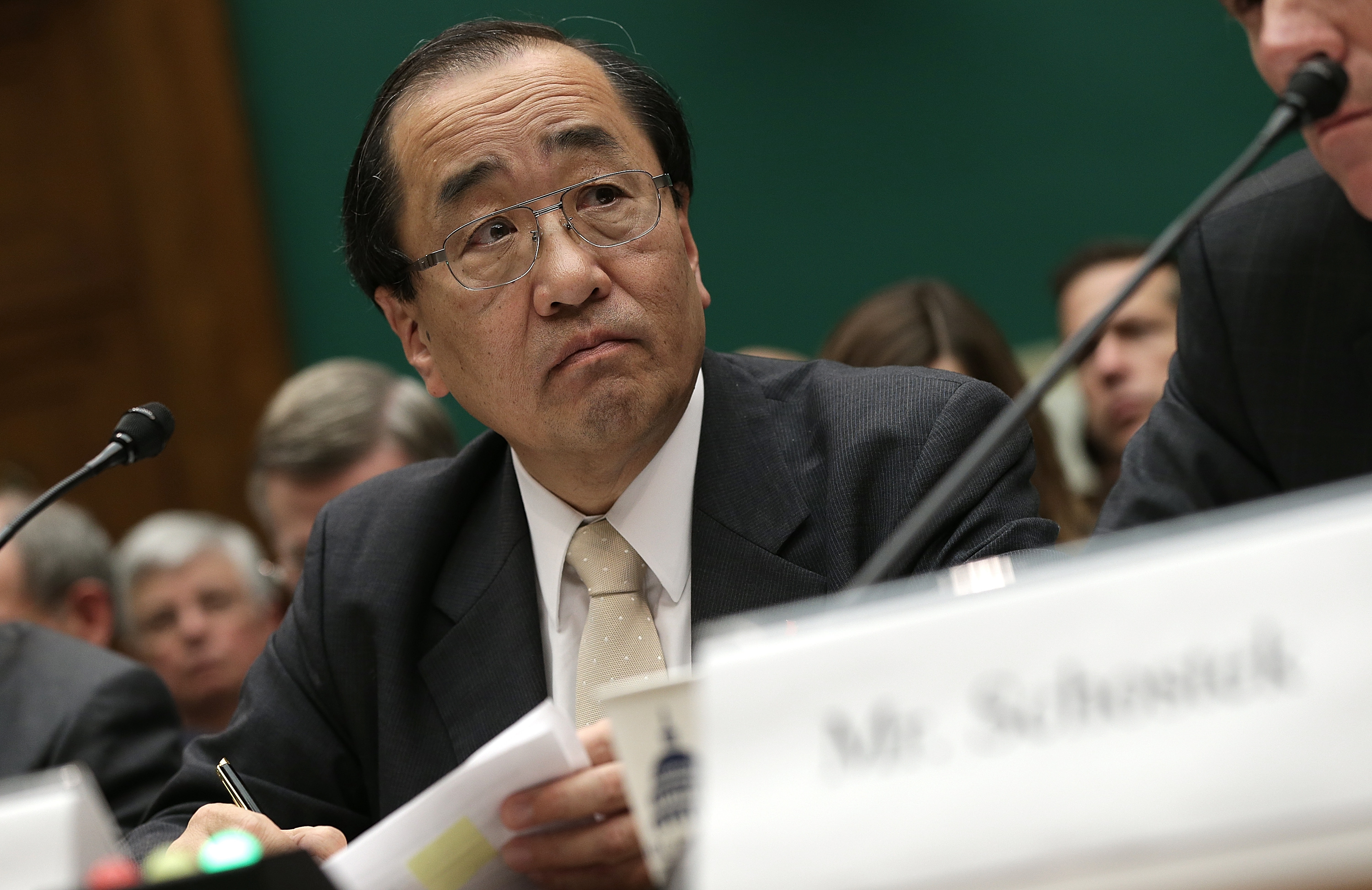 Takata Corp. defied a U.S. safety agency's demand for a nationwide recall of driver's side air bags, setting the stage for possible legal action by the government and leaving some drivers to wonder about the safety of their cars.

In a Tuesday letter to the National Highway Traffic Safety Administration (NHTSA) obtained by The Associated Press, Takata said its own data and testing support limiting the recall to high-humidity areas, such as along the Gulf Coast.

Senior Takata executive Hiroshi Shimizu repeated those claims during a hearing on Wednesday before the House Energy and Commerce Committee examining the airbag failures.

"Based on the data currently available, and our best engineering judgment, Takata continues to believe that the public safety is best served if the area of high absolute humidity remains the priority," he said.

The air bag's inflators can explode with too much force, spewing shrapnel into the passenger compartment. At least five deaths and dozens of injuries have been linked to the problem worldwide.

Under pressure from lawmakers, the U.S. safety agency on Nov. 26 demanded that Takata and a number of automakers broaden a recall of driver's side air bags to all 50 states. At Wednesday's hearing before a House Energy and Commerce subcommittee, an executive from Honda said the automaker would expand its recall nationwide. Honda is one of Takata's biggest customers.

"Thus far Takata has not announced plans to follow NHTSA's request for a national recall," explained Honda Executive Rick Schostek, but "we want to inform you that Honda is going to expand our existing regional safety improvement campaign...to a national campaign."

Up until now, cars were only being recalled in high-humidity areas in Florida, Hawaii, along the Gulf Coast and in some U.S. territories. Takata has maintained that prolonged exposure to airborne moisture can cause the inflator propellant to burn faster than designed, causing it to explode with too much force.

A number of committee members expressed concern that the limited nature of the recall was confusing to consumers outside of the current recall zones.

Rep. Jan Schakowsky of Illinois, the panel's senior Democrat, said she's received letters from constituents "who are literally afraid to drive their cars."

"This is unacceptable," Schakowsky said. "I want to know why Takata has been so slow, and ineffective, to respond...and why it believes a national recall is not warranted."

But Hiroshi Shimizu, senior vice president of global quality assurance at Takata, maintained the company's defiant stance, telling lawmakers at the hearing that the available data and scientific evidence on the air bags "doesn't support" a nationwide recall.

Takata also contends that NHTSA only has authority to seek recalls from auto manufacturers and makers of replacement parts, not original parts suppliers. NHTSA disagrees.

Late Tuesday, NHTSA called Takata's decision "disappointing" and said it will review the response to determine the agency's next steps. A week ago, the agency threatened civil fines and legal action if Takata didn't declare the driver's air bag inflators defective and agree to the recall. It can impose fines of up to $35 million.

In calling for a national recall, NHTSA pointed to inflator ruptures that injured drivers in California and North Carolina - both outside the recall zones.

Takata said in its letter that it has tested 1,057 driver and passenger inflators taken from locations outside the high-humidity zone, and none of them has ruptured. The company said it will expand production of replacement inflators for the current recalls and will expand the recalls if warranted.

The dispute between the government and Takata left automakers caught in the middle. Besides Honda, NHTSA has told other affected automakers - Ford, Chrysler, Mazda and BMW - that they need to recall the driver's side inflators soon.

Executives of Honda, Toyota and BMW testifying at the hearing gave assurances that cars with Takata air bags are safe to drive - if they're not subject to the recalls.

Wednesday's hearing is the second in Congress regarding the Takata air bag matter. Earlier this year, Congress held a number of highly-publicized hearings into General Motors' handling of a recall of cars with defective ignition switches that are now linked to 36 deaths. Investigations into that issue are ongoing.

"I'm sorry to say that it has been a bad year for auto safety," said Fred Upton, R-Michigan at the opening of the hearing.