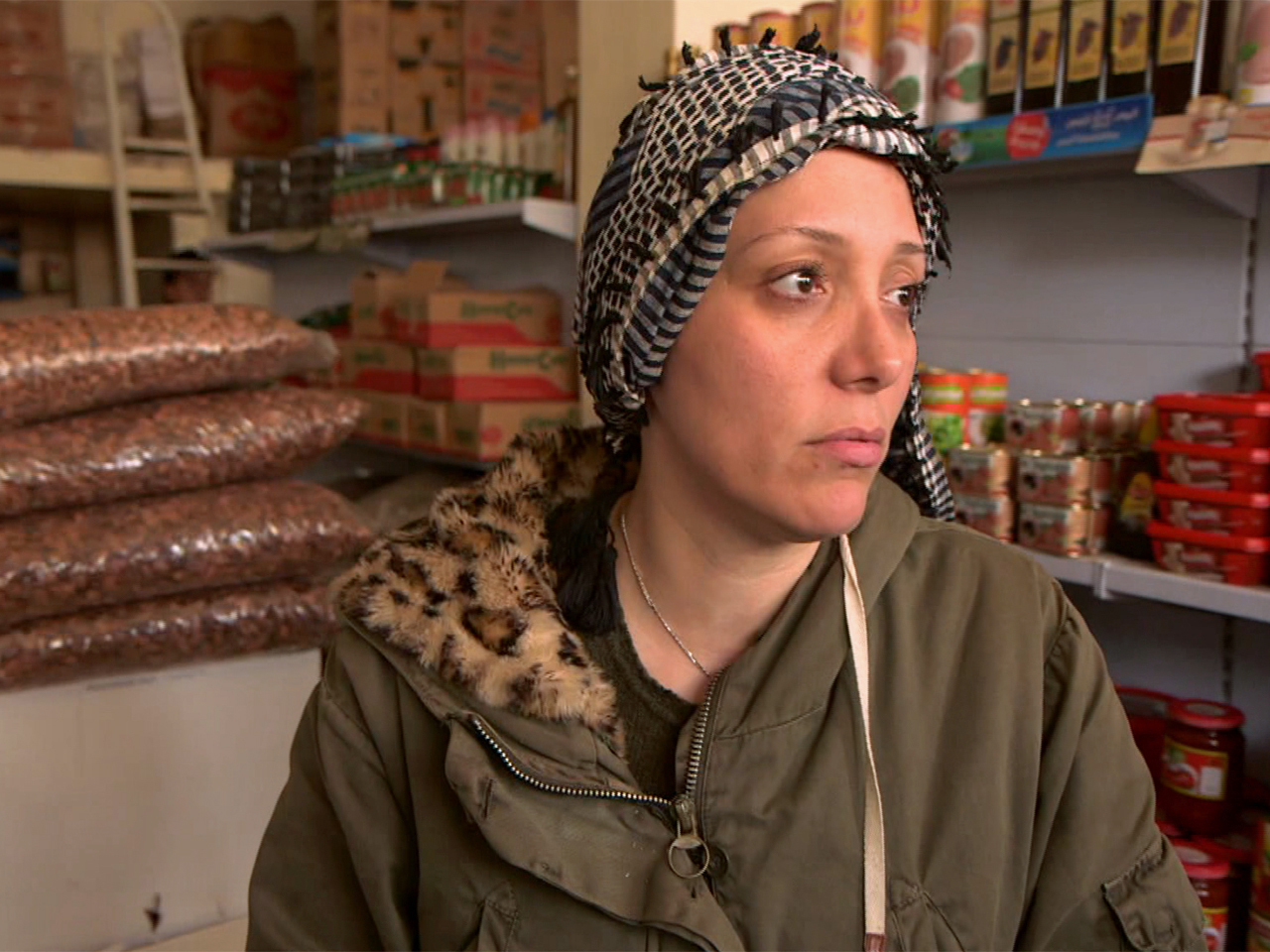 (CBS News) MAARAT NOUMAN, Syria -- The first thing Syrian-American activist Rania Kisar does when she crosses the border into Syria, is go shopping.

As the founder of the Women's Revolution Committee, she's doing what international aid organizations are afraid to do; traveling deep into the hardest-hit parts of war-torn Syria to deliver desperately needed food supplies.

"It's enough to keep a family alive for week," she says, showing CBS News correspondent Clarissa Ward a basket of lentils, powdered milk and other essentials about 20 miles south of the pummeled northern city of Idlib. Kisar also hopes the food aid will make the residents know "they have not been abandoned."

That's the second part of Kisar's mission; training grassroots activists to start and run local governments and services, preparing them for what happens when the fighting finally does stop. In a country where two generations have lived through dictatorship, self-government has to be taught.

"They learn conflict resolution skills, public speaking skills, leadership skills," explains Kisar. "They learn how to organize themselves ... They're trying very hard, but because of the lack of education for the past 40 years, these are skills that Syrian people have not been able to get a hold of."

She is giving the people of her motherland the building blocks to take ownership of their country and of their communities.

On a day when bombs were dropping nearby, a local hall in the village of Bara was full of people eager to learn how to help themselves and their neighbors.

"They just want to see, they want to learn," says Kisar. "How do we do that project and how do plan for this task ... it's amazing how we can do it with no light, with no food, with bombs going over our heads. It's amazing how we hear the missile attacks and we snap, but then we continue and we go on."

The people who live here have no choice but to be self-reliant because, so far, help from the international community hasn't arrived. Kisar tells Ward she feels like grabbing the outside world by the shoulders, shaking it, and asking where that help is.