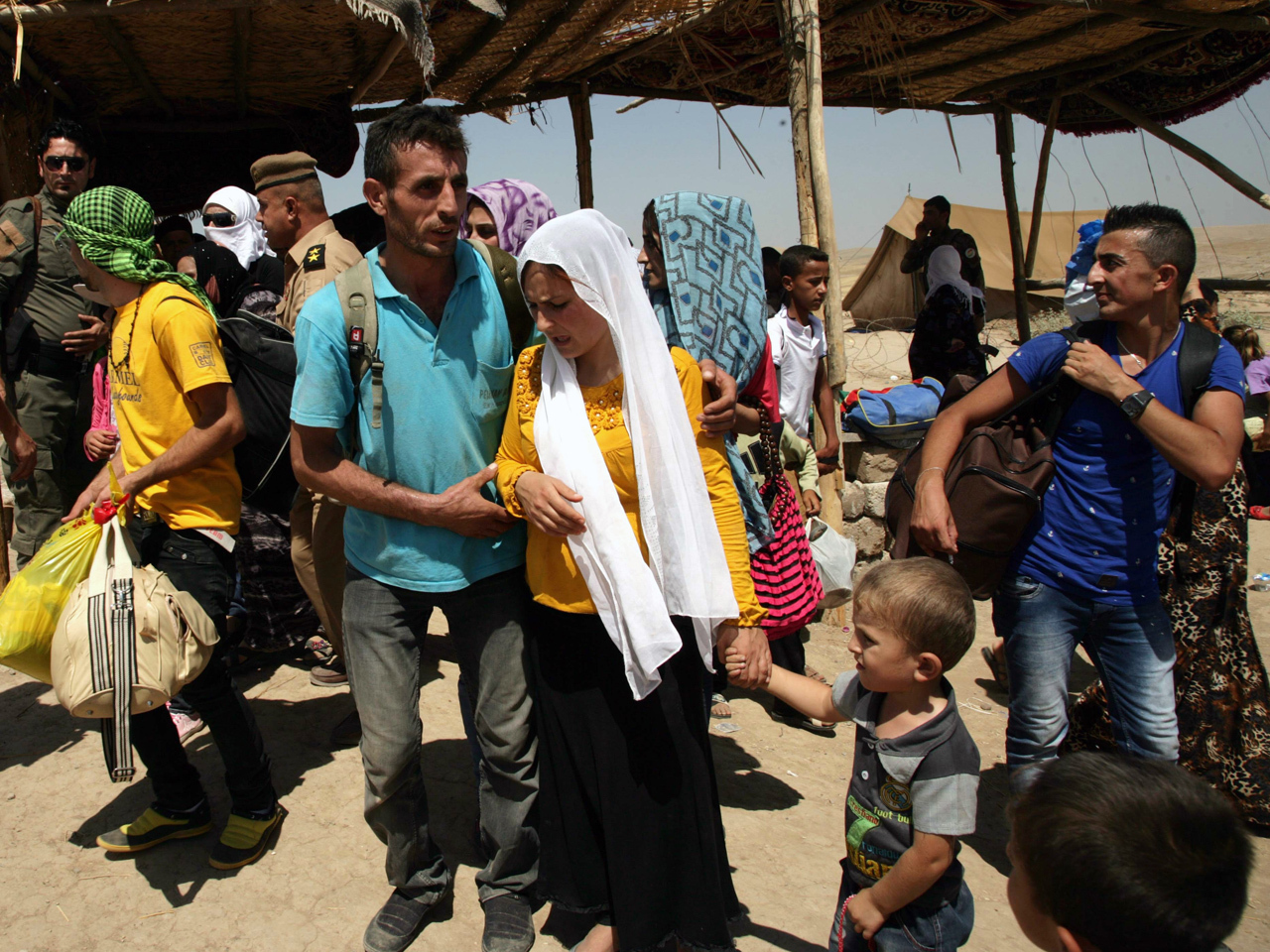 Roughly half of all the nearly 2 million registered refugees from Syria are children, and some 740,000 of those are under the age of 11, according to the U.N. refugee and children's agencies.

"This one millionth child refugee is not just another number," said Anthony Lake, the head of UNICEF, the U.N. children's agency. "This is a real child ripped from home, maybe even from a family, facing horrors we can only begin to comprehend."

The children's ordeals are not over once they escape Syria, said Antonio Guterres, the head of the Office for the U.N. High Commissioner for Refugees, known as UNHCR.

Guterres warned there was an "enormous risk of Syria facing a lost generation," and he called the situation "totally unacceptable."

"Even after they have crossed a border to safety, they are traumatized, depressed and in need of a reason for hope," he said.

His agency said it tries to ensure that babies born in exile are provided with birth certificates, preventing them from becoming stateless, and that all refugee families and children live in some form of safe shelter.

But the threats to refugee children are rising, the agencies say, including child labor, early marriage and the potential for sexual exploitation and trafficking. More than 3,500 children in Jordan, Lebanon and Iraq have crossed Syria's borders unaccompanied or separated from their families, according to the U.N. figures.

In May, CBS News correspondent Clarissa Ward traveled to a refugee camp in Jordan where Syrian parents were selling their daughters into marriage with wealth Arab men in a desperate bid to survive.

Guterres said UNHCR and other NGOs were "doing our best" to try and ensure children are protected against all forms of abuse, "but let's be clear," he added, "we are not doing enough."

He said that of the 1 million young refugees who had fled Syria, less than 130,000 had been able to receive any psychological support from the groups at work in the surrounding countries, and he recounted meeting displaced children in Jordan suffering from sleep loss and other manifestations of anxiety.

The agencies say some 7,000 children are among the more than 100,000 killed in the unrest in Syria, which began in March 2011 and later exploded into a civil war.

Most of the refugees fleeing Syria have arrived in Lebanon, Jordan, Turkey, Iraq and Egypt. However, U.N. officials say that increasingly Syrians are fleeing to North Africa and Europe.

The two U.N. agencies estimate that more than 2 million children also have been displaced within Syria.