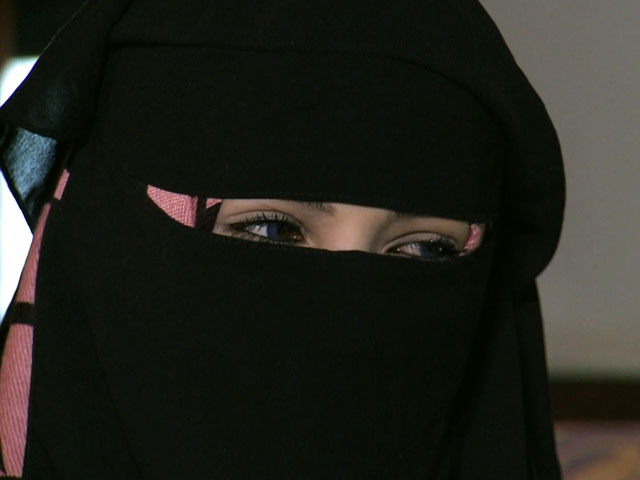 "Of course she's thin," she tells one client. "She's been in a camp for a month."

For many families living in Jordan's refugee camps, selling their daughters into marriage is the only way to survive. Across the Middle East, it is the custom for the groom to pay the bride's family, but their desperation is being exploited. Often the marriages are a sham, just a way to have sex. Some last only weeks.

Um Majed gets a cut for every match she makes. Young virgins fetch up to $5,000.

"You want me to get a younger one?" she asks one caller. "Thirteen, fourteen?"

Asked how it feels to marry off a 13-year-old girl, she replies, "Don't ask me, ask the families. It's the parents who feel it like a knife to their heart. ... But what can they do? We're in a state of war."

Seventeen-year-old Aya fled Syria with her family just under a year ago. She was sold to a 70-year-old man from Saudi Arabia for $3,500. He left her after a month.

"This month was like a nightmare," she says. "I spent half of it crying. He didn't let me talk to my family much. But I had no choice."

Um Majed makes no apologies for her business.

"This is the only way for me to make a living," she says. "Syrians can't work in Jordan. What are we supposed to do? Steal? Kill?"

Asked if she would marry off her daughters at 13, she replies, "Impossible."

"I would die for them. I would sell my eyes before I sold my kids. But everyone's drowning."

It's a high price to pay in a society that places such high value on a woman's honor.

Aya says she feels ashamed by what's happened to her.

"This feeling really never leaves me," she says. "If I could go back in time just one month."

But for Aya, her innocence lost and her country at war, there is no going back.