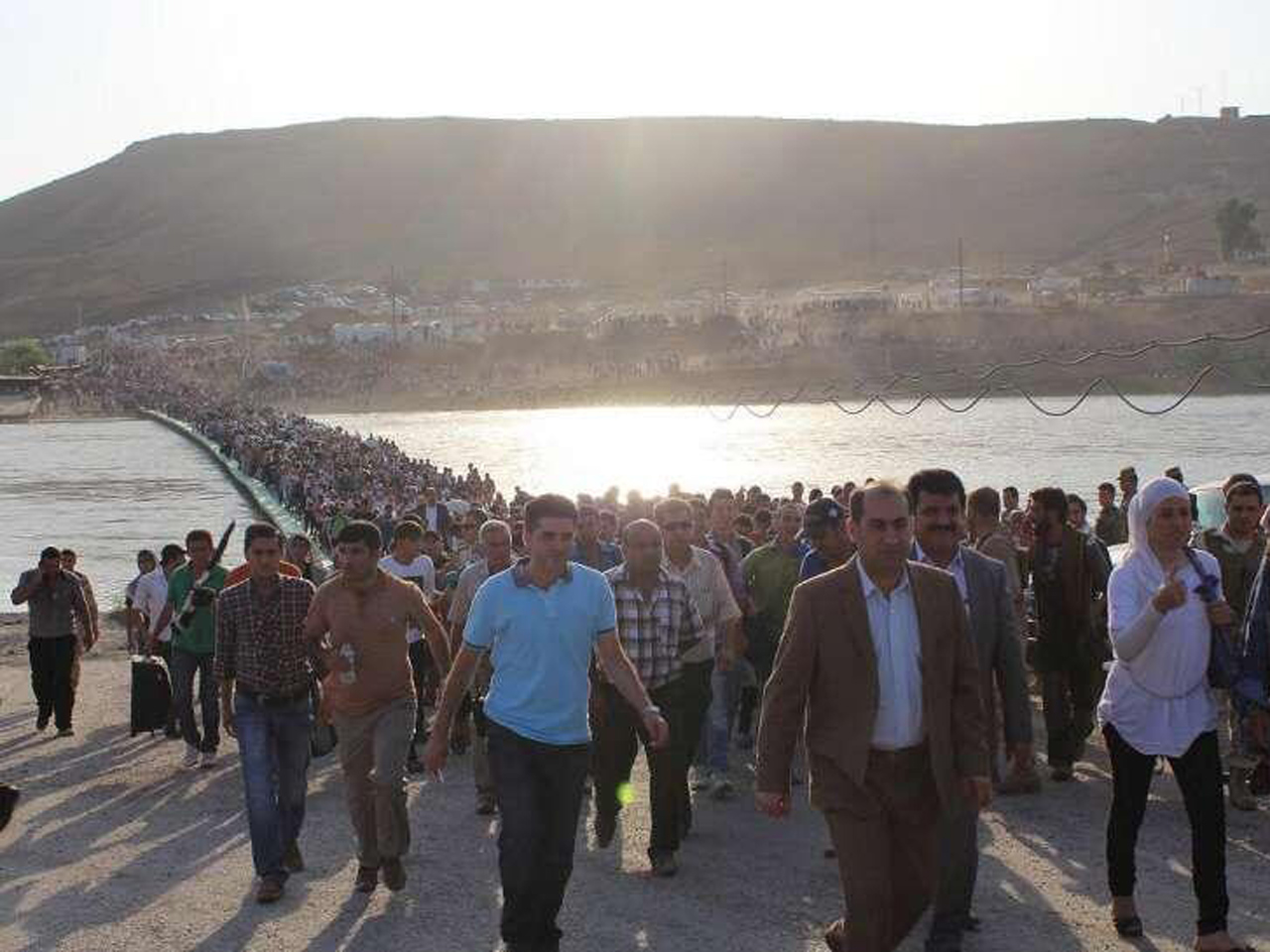 BEIRUT Kurdish militias battled al Qaeda-linked rebel groups in northeastern Syria on Tuesday in the latest round of heavy fighting that has helped fuel a mass exodus of civilians from the region into neighboring Iraq, activists said.

Clashes between Kurdish fighters and Islamic extremist rebel groups have sharply escalated in Syria's northern provinces in recent months. The violence, which has left hundreds dead, holds the potential to explode into a full-blown side conflict within Syria's broader civil war.

Senior U.S. intelligence officials have expressed concern about the growing presence of al Qaeda in civil war-torn Syria. In a statement released earlier this month, the State Department said the leader of al Qaeda in Iraq (AQI) has moved himself and the group's operations to Syria. A State Department spokesperson also noted that the deadly suicide attacks and car bombings carried out in Iraq in recent days can be attributed to AQI.

Tuesday's fighting, which pitted Kurdish militiamen against rebels from the Islamic State of Iraq and the Levant, was focused in three villages near the town of Ras al-Ayn in the predominantly Kurdish Hassakeh province, according to the Britain-based Syrian Observatory for Human Rights monitoring group. There was no immediate word on casualties.

Around 30,000 Syrians, the vast majority of them Kurds, have fled the region over a five-day stretch and crossed the border to the self-ruled Kurdish region of northern Iraq. Another 4,000 made the trek across the frontier Tuesday, said Youssef Mahmoud, a spokesman for the UNHCR in Iraqi Kurdistan.

The new arrivals join some 1.9 million Syrians who already have found refuge abroad from the country's relentless carnage.

The massive exodus has put a severe strain on Iraqi Kurdistan's regional government and aid agencies ability to accommodate them all.

As many as 9,000 of the Syrians to just arrive have found temporary refuge at a transit site in Kawergost, north of the regional capital of Irbil, UNHCR spokesman Adrian Edwards told reporters in Geneva. The scale and speed of the influx however has made it difficult to provide shelter for all of the families, he said, forcing some to camp under tarpaulins or other makeshift shelters.

The UNHCR said it is sending 15 truckloads of supplies — 3,100 tents, two pre-fabricated warehouses and thousands of jerry cans to carry water — from its regional stockpile in Jordan. It said the shipment should arrive by the end of the week.

Some 55,000 Syrians already live at the Domiz refugee camp in Dohuk, west of Irbil, according to the UNHCR.

Kurds are Syria's largest ethnic minority, making up more than 10 percent of the country's 23 million people. They are centered in the poor northeastern regions of Hassakeh and Qamishli, wedged between the borders of Turkey and Iraq. There are also several predominantly Kurdish neighborhoods in the capital, Damascus, and Syria's largest city, Aleppo.

Long oppressed by President Bashar Assad's regime, Syria's Kurds now find themselves enjoying near autonomy in the northeast after Assad's overstretched forces pulled back from the region last year, ceding de facto control to Kurdish fighters. Some Kurds openly call for an officially autonomous region in Syria similar to that of northern Iraq.