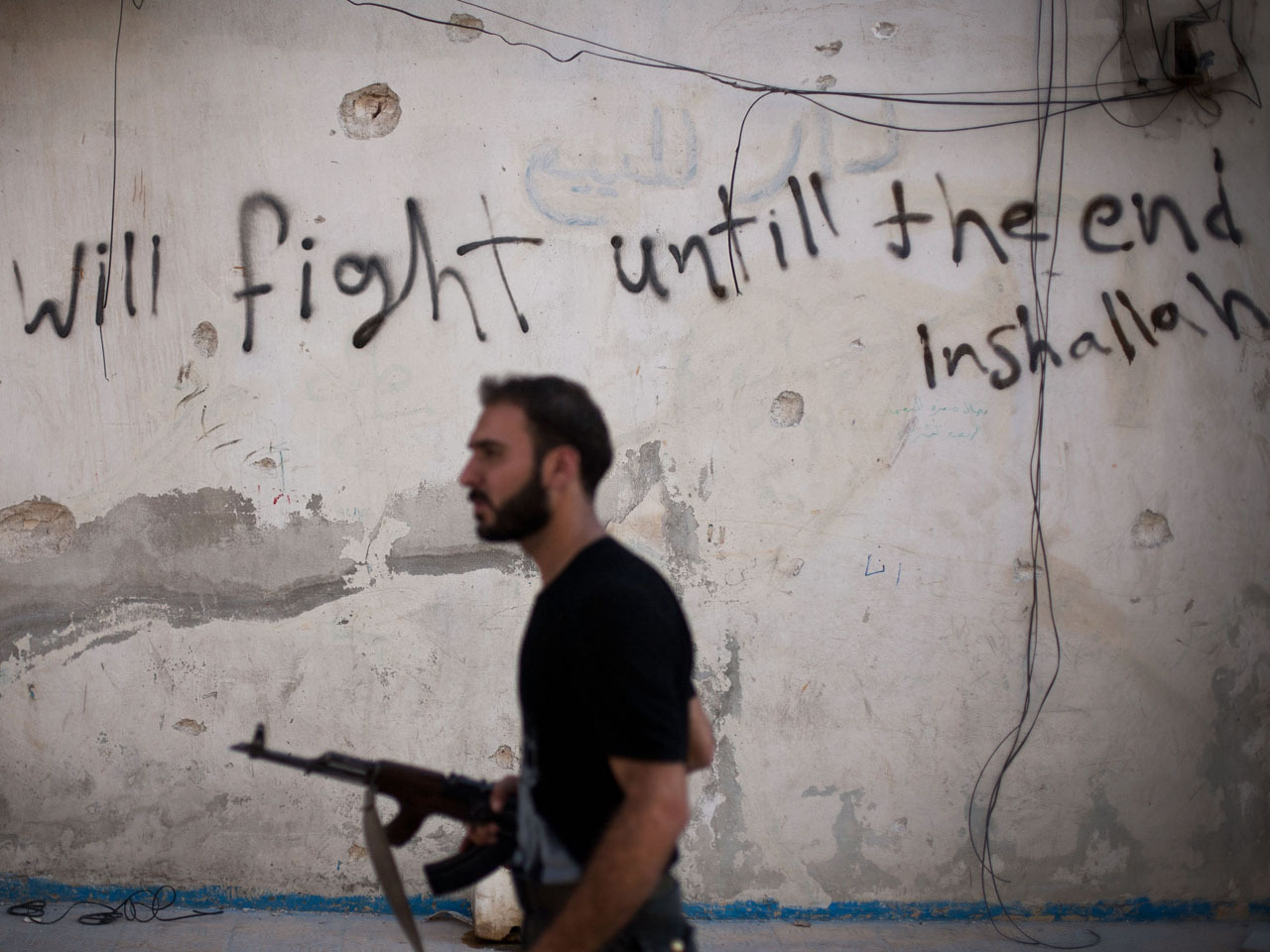 (CBS/AP) AKCAKALE, Turkey — Syrian rebels have seized control of a border crossing on the frontier with Turkey and pulled down the Syrian flag.

An Associated Press reporter at the scene Wednesday says Syrians on the Turkish side of the border are celebrating and yelling, "I am a free Syrian!" People are moving freely across the border, crawling under barbed wire.

There were fierce clashes Tuesday as rebels and regime forces fought for control of the Tal Abyad crossing.

Syria's rebels control several other border crossings into Turkey but it is believed to be the first time they have tried to take the border area in the northern province of Raqqa.

Taking control of border crossings helps the opposition ferry supplies into Syria and carve out an area of control.

As of early September, it was believed that at least 80,000 Syrians had fled the war in their country and become refugees in the sprawling camps in Turkey.

CBS News correspondent Holly Williams reports that the Turkish government is having to build new camps and move refugees into them before they are even completed due to the huge influx of Syrians.

Williams reports that of the roughly 8,000 Syrians living in the relatively safe, but still dire conditions of the Islahiye Camp in Turkey, about half are children displaced by the war. Many of them have lost family members, and some of them have lost both parents. They are now stuck in a foreign country alone, forced to cope with both the physical and mental scars of a war still raging in their homeland. (Click on the player above to see Williams' full report from Islahiye Camp.)