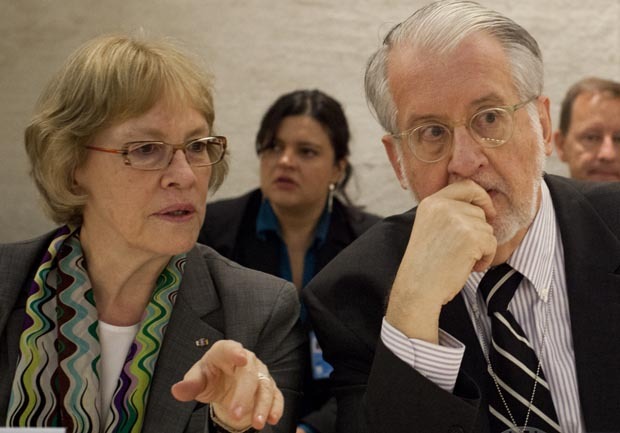 (AP) GENEVA - The number of foreign fighters in Syria is growing, some operating independently and some joining anti-government forces which they are helping to make more radical, U.N. human rights investigators said Monday.

But the group's chairman, Brazilian diplomat and professor Paulo Sergio Pinheiro, couldn't explain how that was happening, saying the panel doesn't know exactly where the foreigners are from or how they are influencing Syrian fighters.

He said there are indications some of the foreigners are trained in bomb-making. Panel member Karen Koning AbuZayd said some of the bombings in Syria have resembled those carried out by radical Islamist fighters in other countries.

The group of independent experts, tasked by the U.N. Human Rights Council to investigate violations in Syria, spoke Monday about developments since it issued a report in August accusing both sides in the conflict of war crimes.

The panel described an escalating level of violence, saying human rights violations are so egregious and so numerous that it is no longer able to investigate all of the cases it uncovers.

"Gross violations of human rights have grown in number, in pace and in scale. Civilians, many of them children, are bearing the brunt of the spiraling violence," Pinheiro said, adding that a growing number of air strikes and artillery attacks on residential neighborhoods "reflects a disturbing disregard for established rules of armed conflict."