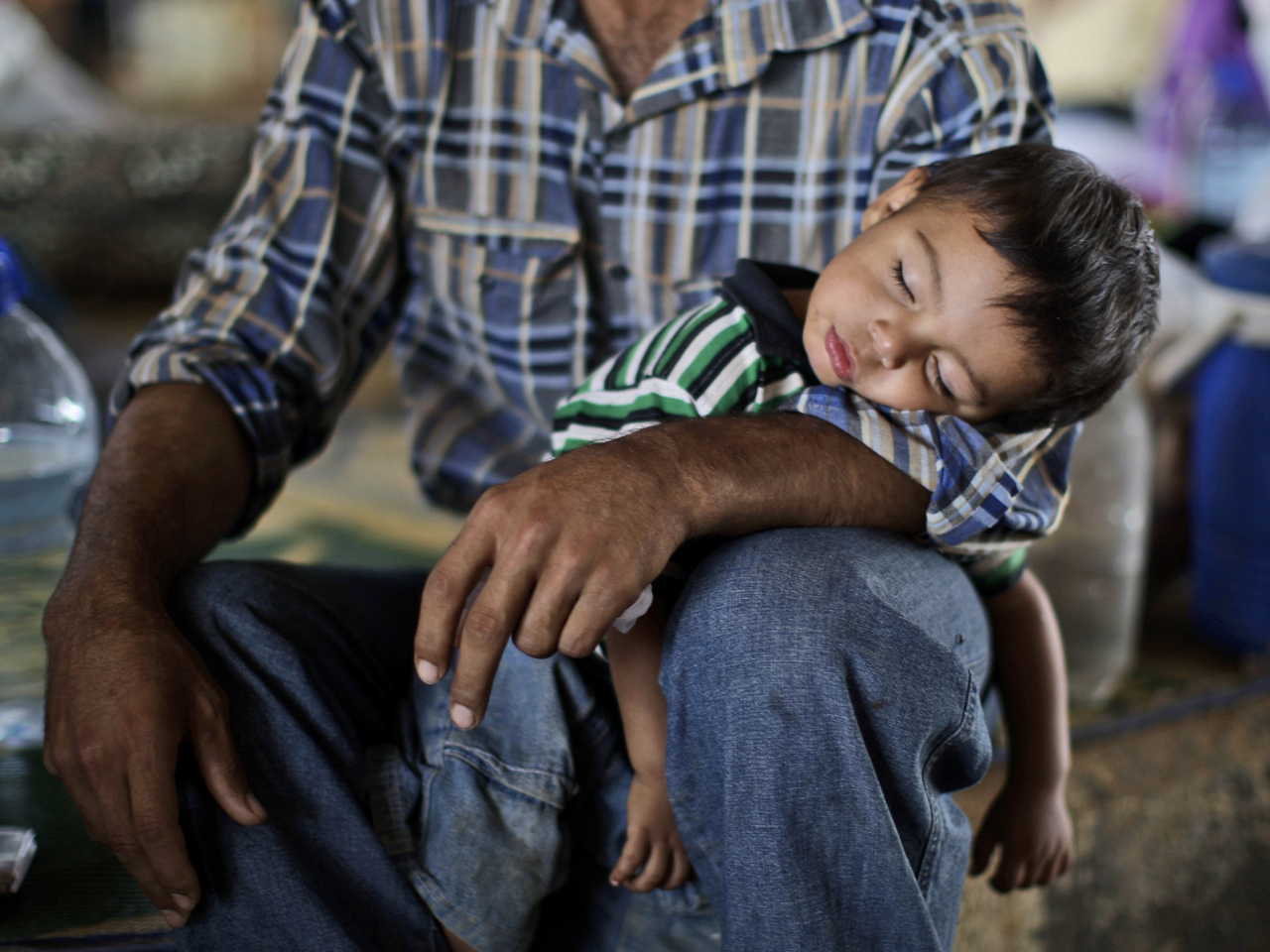 (CBS/AP) GENEVA - More than 100,000 Syrians sought refugee status during August in what the United Nations describes as an eye-popping escalation in the pace of departures since the hostilities began.

The August total accounts for more than 40 percent of the 234,368 Syrian refugees who, as of the last count on September 2, had fled for surrounding countries since the uprising began 17 months ago, the U.N. refugee agency said Tuesday.

"If you do the math, it's quite an astonishing number," the agency's chief spokeswoman, Melissa Fleming, told reporters Tuesday at the U.N.'s European headquarters in Geneva. "And it points to a significant escalation in refugee movement and people seeking asylum, and probably points to a very precarious and violent situation inside the country."

The tide in people fleeing the civil war underscores the intensifying violence between President Bashar Assad's regime and the armed anti-government groups.

But even August's figure, which is the highest monthly total so far, only counts refugees who are registered and those awaiting registration. Officials acknowledge the real number of Syrian refugees is likely way above 200,000 since tens of thousands are believed to have not yet registered with authorities.

U.N. agencies will likely come under pressure to revise up their $193 million estimate of the cost to help the refugees this year. That estimate in June was based on the expectation that there would be 185,000 refugees from Syria by the end of 2012.

Of the accounted number of refugees, a little over 80,000 are in Turkey where the borders remain open. Another 8,000 or so waiting to be processed at the border, Fleming said and the Turkish government is making plans to handle at least 150,000 refugees if the conflict keeps worsening.

In recent weeks there has been an influx from the besieged Syrian city of Aleppo and surrounding villages, alongside Idlib and Latakia, two areas where the fighting has been intense.

Jordan has more than 77,000 Syrian refugees, but officials there are bracing for as many as 150,000 refugees and are straining to build more camps to accommodate all those flowing in from Syria's south, where the uprising against Assad's government began in March 2011. Lebanon has more than 59,000 refugees and Iraq nearly 18,700, according to the refugee agency.

The refugee agency and the Syrian Arab Red Crescent are continuing to expand their operations to support displaced Syrians and appealing to all nations to take in Syrians who need asylum.

The U.N.'s World Food Program spokeswoman Elisabeth Byrs told reporters that her agency is scaling up operations to provide food urgently needed by 1.5 million people this month, mainly in areas where there has been fighting and people have been made at least temporarily homeless.

The fighting has spread to the country's two largest cities, the capital Damascus and the commercial hub of Aleppo.

Activists say some 5,000 people were killed in August, the bloodiest month so far in the uprising and more than three times the monthly average. The U.N. children's agency says 1,600 were killed last week alone, another record high.

The two major activist groups, the Britain-based Syrian Observatory for Human Rights and the Local Coordination Committees, have raised their total death toll to between 23,000 and 26,000.

The new president of the International Committee of the Red Cross, veteran Swiss diplomat Peter Maurer, met Tuesday in Damascus with Assad, the Geneva-based group said Tuesday. It said Maurer would brief reporters Friday on the outcome of his three-day visit, which began Monday.

Syria's state-run SANA news agency reported that Assad told the Red Cross it was welcome to operate on the ground in Syria "as long as it works in a neutral and independent way."

CBS News' George Baghdadi reports that the Red Cross has about 50 foreign and Syrian aid workers in the country at present, but all have been confined to central Damascus since late July due to the heavy fighting in other parts of the country.

A fifth meeting of the U.N.-sponsored Syrian Humanitarian Forum — made up of hundreds of nations, regional groups, U.N. agencies and non-governmental organizations — is also planned for Friday in Geneva.

At the last meeting in mid-July the operations director for the U.N.'s humanitarian office said its appeal for $189 million to help people inside Syria was only 20 percent funded.