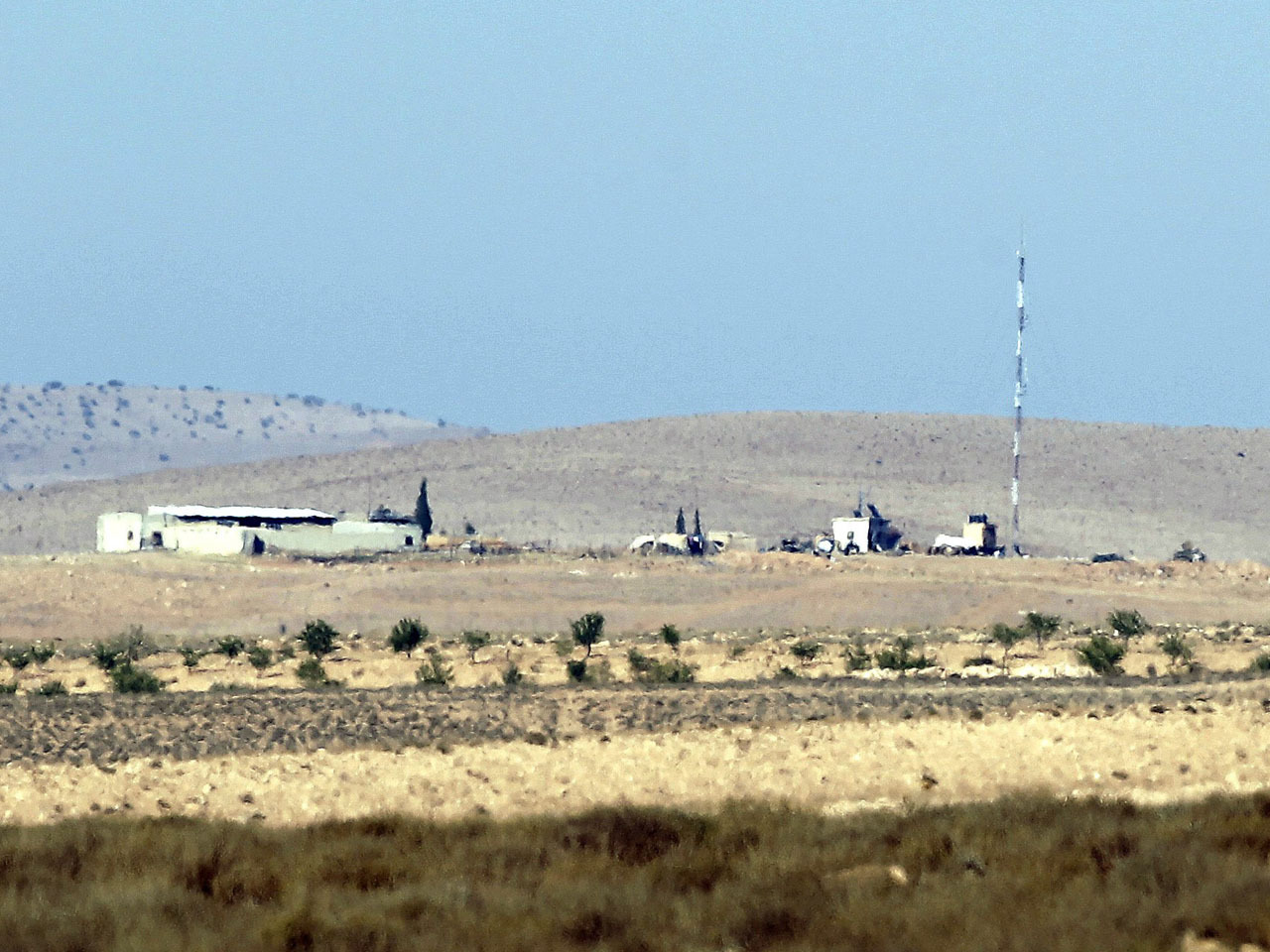 The officials, speaking on condition of anonymity in line with regulations, said four missiles fired by two Syrian jets hit a rugged and remote area on the edge of the Lebanese border town of Arsal. No casualties were immediately reported.

Lebanon's state-run National News Agency reported that the warplanes fired three missiles that fell on the outskirts of Arsal about 500 meters (yards) from the border between the two countries.

"I heard several explosions and saw four clouds of dust billowing from the area," Arsal resident Nayeh Izzedine said by telephone referring to the border. "I don't know if it was an air raid but there was a plane in the sky."

He added that the town had been quiet two hours after the 10 a.m. attack.

The Syrian forces were believed to be chasing rebels in the area, which has been the site of clashes in the past between opposition fighters battling Syrian troops just on the other side of the frontier. Lebanese armed forces have in the past detained people in the region for trying to smuggle weapons into Syria from Lebanon.

Arsal is a predominantly Sunni Muslim town, like the majority of Syria's opposition that is trying to oust President Bashar Assad from power. Assad belongs to the minority Alawite sect, an offshoot of Shiite Islam.

Syrian shells have hit Lebanese territory in the past but the air raid appears to be the most serious violation. Several Lebanese, including a journalist, have been killed and dozens wounded by fire coming from the Syrian side.

Also Monday, Syrian troops shelled rebel-held areas around the country including the northern city of Aleppo, Syria's largest, and the Damascus neighborhood of Hajar Aswad, activists said. The Britain-based Syrian Observatory for Human Rights and another activist group the Local Coordination Committees also reported clashes between troops and rebels.

On the diplomatic front, Egypt's President Mohammed Morsi held talks with the Turkish foreign minister on Syria's crisis, while Iran's top diplomat joined counterparts from the two countries later in the evening to seek an end to the war.

After the Cairo meeting, foreign ministers from the three countries said they had found common ground between them, but that a solution would not come easy. Cairo is trying to persuade Iran to drop its unquestioned support of Assad in exchange for help in easing Tehran's regional isolation, officials close to the Egyptian presidency said last week.

In Geneva, an independent U.N. panel confirmed that an increasing number of "foreign elements," including Islamic extremists, are now operating in Syria, in its first report to say that outsiders have joined a war spiraling out of control.

The investigative panel appointed by the Human Rights Council says some of these forces are joining armed anti-government groups while others are operating on their own.

The Syrian uprising, which began with largely peaceful protests, has since morphed into a deadly armed insurgency. Hundreds of people are killed every week as the government increasingly relies on air power to try to crush the rebels.

Activists say more than 23,000 have been killed in the conflict.

The government denies that there is any popular will behind the revolt, saying it is driven by foreigners and terrorists. The regime could use the U.N. panel's report to bolster its claims.

Rebels deny that foreigners had any role starting the revolt, which was one of a series of uprisings known as the Arab Spring. Rebels say Syrians were seeking increased freedom from the autocratic regime. But as the conflict dragged on, some rebels acknowledged the presence of small numbers of foreigners among their ranks.

In a report Monday, Human Rights Watch said it documented more than a dozen extrajudicial and summary executions by opposition forces.

It said three opposition leaders who were confronted with evidence of extrajudicial executions said those who killed deserved to be killed, and that only the "worst criminals were being executed."

The New York-based group said torture and extrajudicial or summary executions of detainees in the context of an armed conflict are war crimes, and may constitute crimes against humanity if they are widespread and systematic.