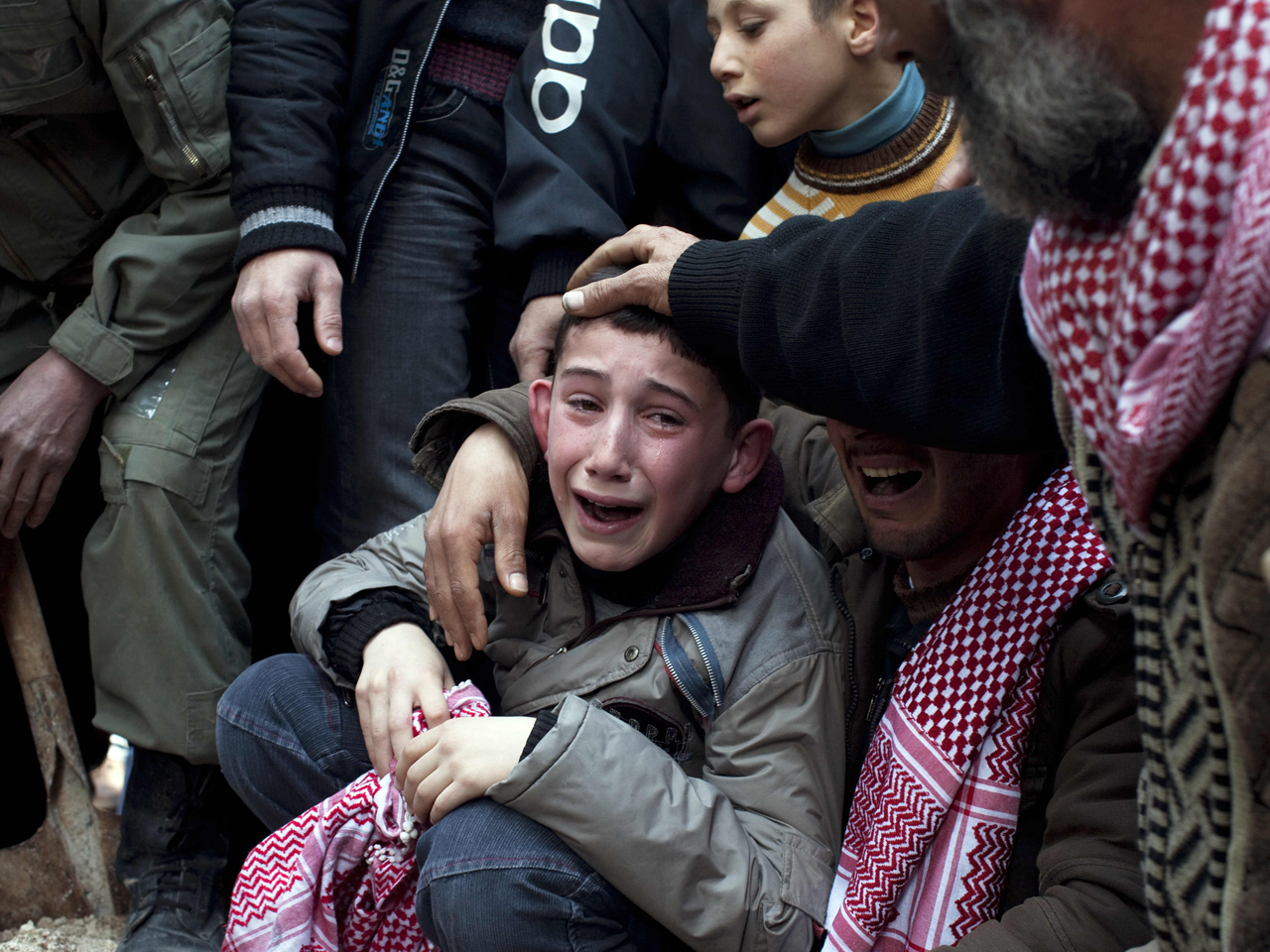 (CBS/AP) AMMAN, Jordan — A boy witnesses his family members blown apart when a rocket falls on a funeral procession. A teenager is imprisoned and tortured in his own school, transformed by the regime into a mass detention center for children. The six-year-old son of an anti-government activist is abducted, then starved and beaten to death.

A new report by the British charity Save the Children documents these and other alleged atrocities in Syria's 18-month-old civil war that according to activists have left thousands of children dead and many more traumatized. The report released Tuesday compiles 18 first-hand accounts from Syrian refugee children.

Although it did not always specify which side had committed the alleged acts, most — random bombardment of civilian areas, mass abductions by mysterious gunmen — have been linked in the past with the regime's forces or its allied shabiha militias.

"Every crime against children must be recorded to send a clear message to all sides in the conflict that these atrocities will not be tolerated," the group said.

CBS News correspondent Clarissa Ward met this summer with some of the youngest refugees from Syria at a sprawling camp in Turkey. Many of them had been wounded themselves and lost family members in the war, and their mental scars were clear to see. Click at left to see Ward's full report.

Among the accounts in "Untold Atrocities: The Stories of Syria's Children": Hassan, a 14-year-old boy now living in a refugee tent camp in Jordan, described what happened when a rocket landed in a funeral procession in his home village.

"Dead bodies along with injured people were scattered on the ground," he said. "I found body parts all over each other. Dogs were eating the dead bodies for two days after the massacre."

Hassan also claimed that government soldiers used children as human shields. "Another thing they do is to use children to protect themselves. They know we can't shoot our own children, so they put the children in front — so they're a human shield — and march into our villages. It's terrifying for the children. Many of them die," he said, but did not describe any specific incident where this had occurred.

Like most of the accounts in the report, Hassan's account omitted the time and place of the events and other details that could identify him. The group said however that testimonies corroborate other stories gathered by the U.N. and rights groups, describing the acts as "consistent, recurring and appalling."

These allegations have included the abduction, torture and even killing of children by government forces to punish their parents.

Khaled, 15, described how a group of men came to his village, arresting him and 100 others, one as young as 12. He was taken to the local school and held there for a week. His captors hanged him from the ceiling by his wrists with his feet off of the ground, stubbed out their cigarettes on his skin, and beat him.

"They took me there to torture me, in the same place I used to go to school to learn. My father was actually the principal there," he said. "When I realized that was where we were going, I was so sad, I wanted to cry."

He said he was given nothing to eat or drink for 48 hours. Others were electrocuted. "I don't think there was a reason — it depended what mood these men were in," he said. "They showed no sympathy, no mercy."

Wael, 16, was also caught up in a mass detention. He said the captors were especially cruel to a 6-year-old boy, Alaa, because his father was wanted by the regime of President Bashar Assad. Alaa was tortured and denied food and water for three days.

"I watched him die. He only survived for three days and then he simply died," Wael said. "He was terrified all the time. They treated his body as though he was a dog."

Syria's uprising began in March 2011 and has since become a civil war. Activists estimate some 30,000 people have been killed, including close to 2,000 children.

In the most recent violence, Syrian warplanes bombed two buildings in the embattled northern city of Aleppo on Monday, killing at least five people including three children from the same family, activists said. They say the aim behind such strikes on residential areas is to terrify people and turn them against the rebels.

Syria rarely responds to allegations of rights abuses. Its embassy in Amman could not be reached for comment. The regime blames the country's troubles on "terrorists," its term for the rebels, backed by a foreign conspiracy.

In its recommendations, Save the Children urged the United Nations to increase its presence on the ground to document violations. The Security Council decided last month to end a 300-member U.N. military observer mission that was sent to monitor a cease-fire that never took hold, replacing it with a small liaison office that will support any future peace moves.

The group said many children will need specialist care to recover from what they have seen and experienced. Save the Children said it is providing support to children who are showing signs of distress, including nightmares and harming themselves.