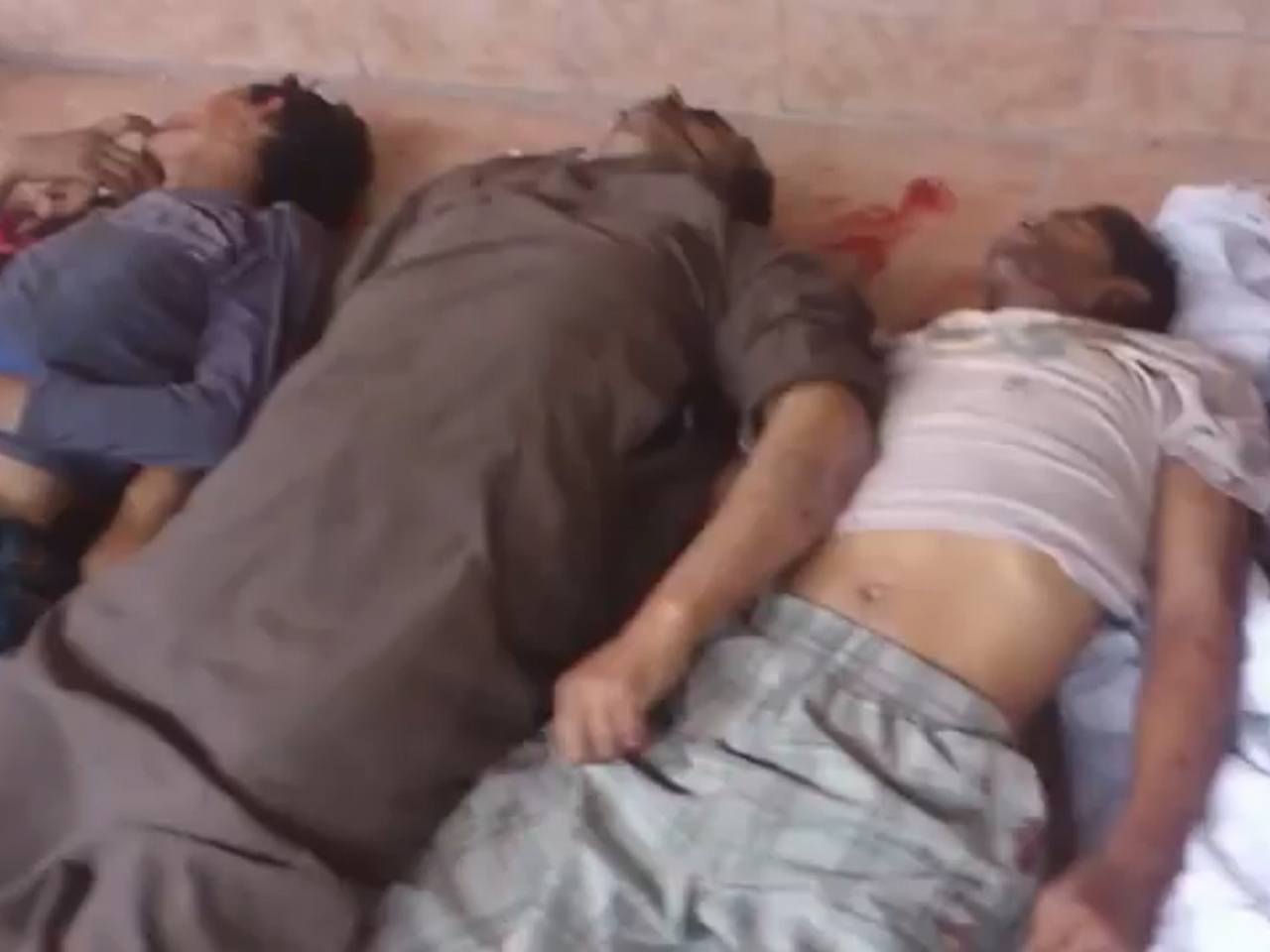 (CBS News) LONDON - Statistics given Wednesday by opposition groups and the United Nations show Syria's civil war is getting worse, not better.

A prominent opposition group, the Britain-based Syrian Observatory for Human Rights, claimed that more than 300 Syrians were killed on Wednesday alone, including at least 40 in what rebels described as the latest massacre by Syrian troops in a town south of Damascus.

None of the figures given by the Observatory to the Reuters news agency could be independently verified, due to the Syrian regime's restrictions on journalists in the country.

Victims of the alleged massacre in al-Dhiyabia were shown in a video posted online by activists. The rebels claim there were men of all ages and women and children among the dead, but the video showed the corpses only of men, ranging in age from their teens to what appeared to be the 60s.

The Observatory claimed that as many as 107 people may have been killed by regime forces in al-Dhiyabia.

Both Assad's government and the opposition groups have engaged in a propaganda war and greatly exaggerated the facts of violent incidents in the war.

In a clear sign of the rebels' mounting ability to challenge Assad's armed forces, two explosions tore through the Syrian military's headquarters in central Damascus on Wednesday, killing four people and causing significant damage. An Iranian television reporter was killed in the ensuing gun battle.

Meanwhile, the United Nations agency for refugees said that by the end of 2012, a daunting 700,000 Syrians may have fled their nation due to the civil war. The official tally from the U.N. says about 294,000 Syrians have fled to neighboring Jordan, Turkey and Iraq to avoid the bloodshed already.