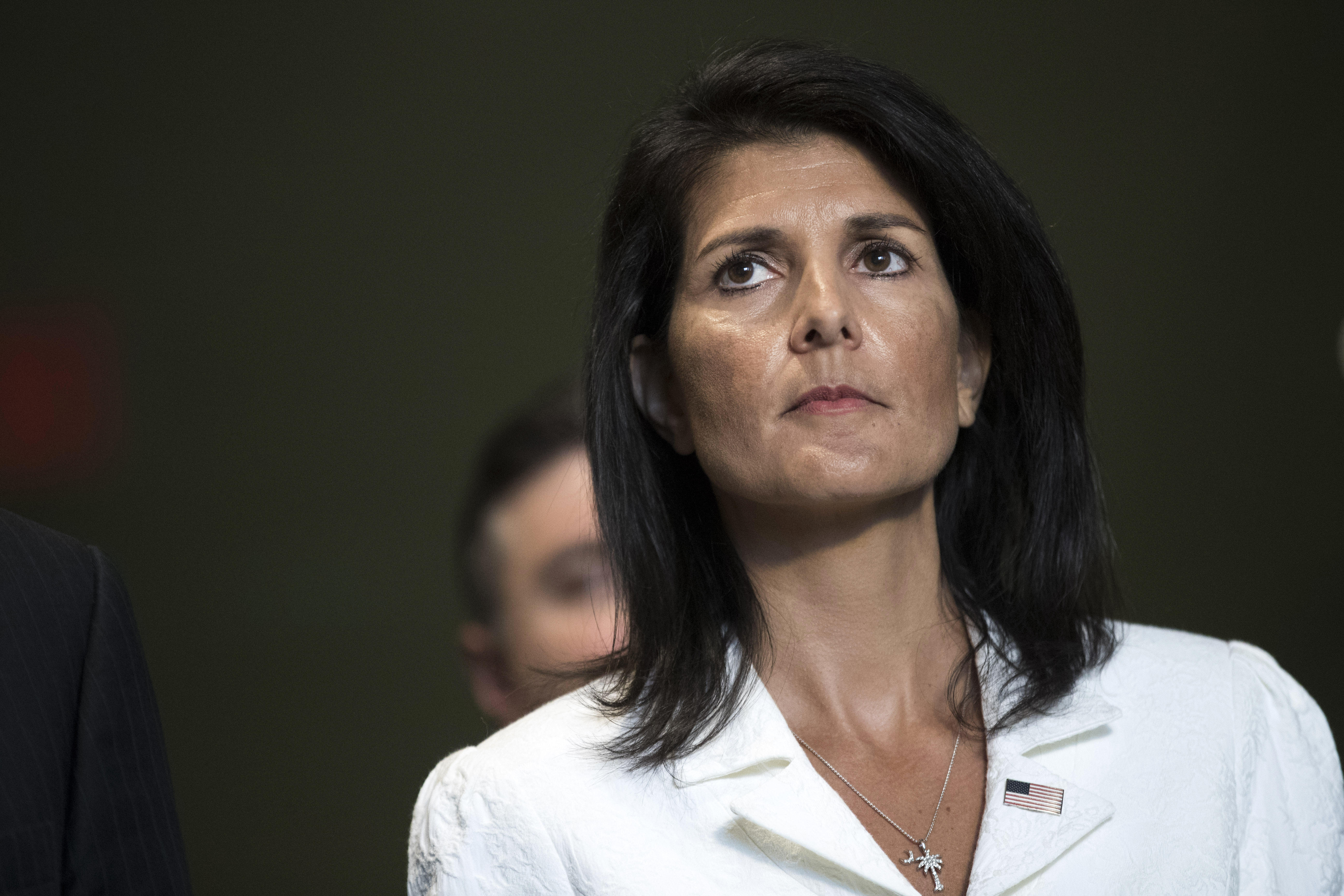 WASHINGTON -- U.S. Ambassador to the United Nations Nikki Haley said peace is “in no way” possible with Syrian President Bashar al-Assad in power, after last week’s deadly chemical attack that prompted a U.S. strike on a Syrian air base.

“We have to make sure that we’re pushing that process,” Haley added. “The political solution has to come together for the good of the people of Syria.”

Haley said Syria needs a president who protects his people, and, “Assad is not that person.”

Haley’s comments on Assad follow remarks by Secretary of State Rex Tillerson, who said before last week’s deadly chemical attack in Syria that getting Assad out of power isn’t a top priority. After the attack, Tillerson said -- for a Sunday broadcast of CBS News’ “Face the Nation” -- that defeating the Islamic State of Iraq and Syria (ISIS) is the first priority, and Assad must be dealt with separately.

Haley said defeating ISIS is the priority, but that there can also be “multiple priorities.”

Haley has come out strongly against the chemical attack, and against any other nation that gives Assad’s regime a pass. Haley denied Bolivia’s request to meet in closed session about the events in Syria, saying countries defending atrocities must do so in “full public view.” Haley has also harshly criticized Russia, saying that nation was “incompetent” in removing Syria’s chemical weapons stockpiles over the last few years, or allowing the Assad regime to play the Russians like “fools.”

“The world is waiting for Russia to act responsibly in Syria,” Haley said Friday.