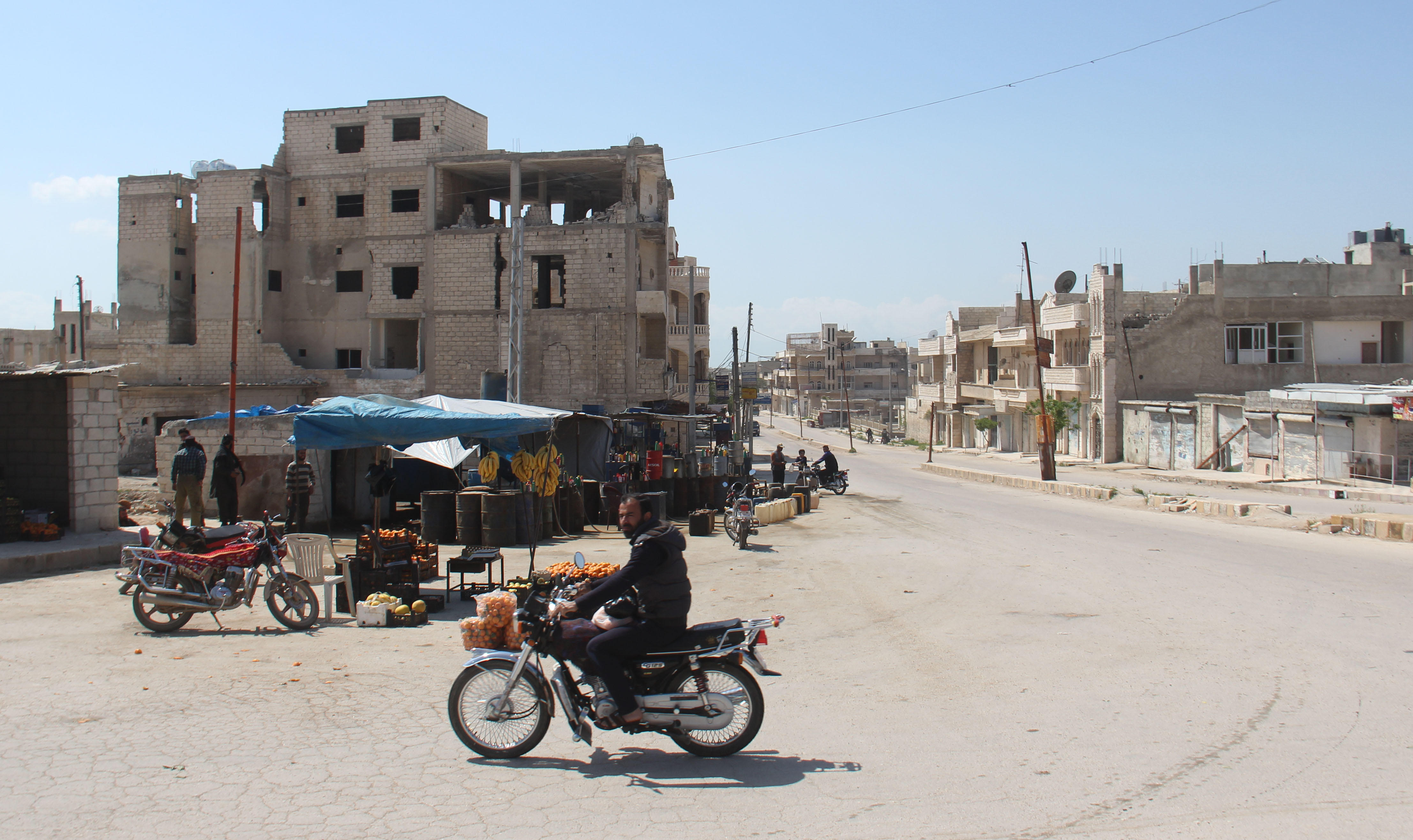 BEIRUT -- Warplanes on Saturday struck the Syrian town where a chemical attack had killed scores of people earlier this week, as Turkey warned that a retaliatory U.S. missile strike on a Syrian air base would only be “cosmetic” if greater efforts are not made to remove President Bashar Assad from power.

The airstrikes on the opposition-held northern town of Khan Sheikhoun, where 87 people were killed in the chemical attack earlier this week, killed a woman and wounded her son, according to the Britain-based Syrian Observatory for Human Rights and the Local Coordination Committees, an activist collective.

Elsewhere in Syria, U.S.-led airstrikes killed at least 21 people, including a woman and her six children who were fleeing on a boat across the Euphrates River near the Islamic State group’s self-styled capital, Raqqa, the target of a major offensive by U.S.-backed and Kurdish-led Syrian forces, activists said.

An airstrike on a rebel-held town in the northern Idlib province killed at least 18 people, including women and children, according to the Observatory and Ariha Today, an activist group. It was not immediately clear who carried out the strike.

Near the central city of Homs, a bomb exploded aboard a bus carrying workers, killing a woman and wounding more than 20, according to state TV and the Observatory.

The chemical attack prompted the U.S. to launch nearly 60 Tomahawk missiles on a Syrian air base early Friday, which killed nine people and marked the first time Washington has directly targeted Syrian government forces since the war began in 2011.

The move was welcomed by the Syrian opposition and its main backers, including Turkey and Saudi Arabia, but harshly condemned by Russia and Iran, who back Assad and said striking his forces would complicate the struggle against extremist groups.