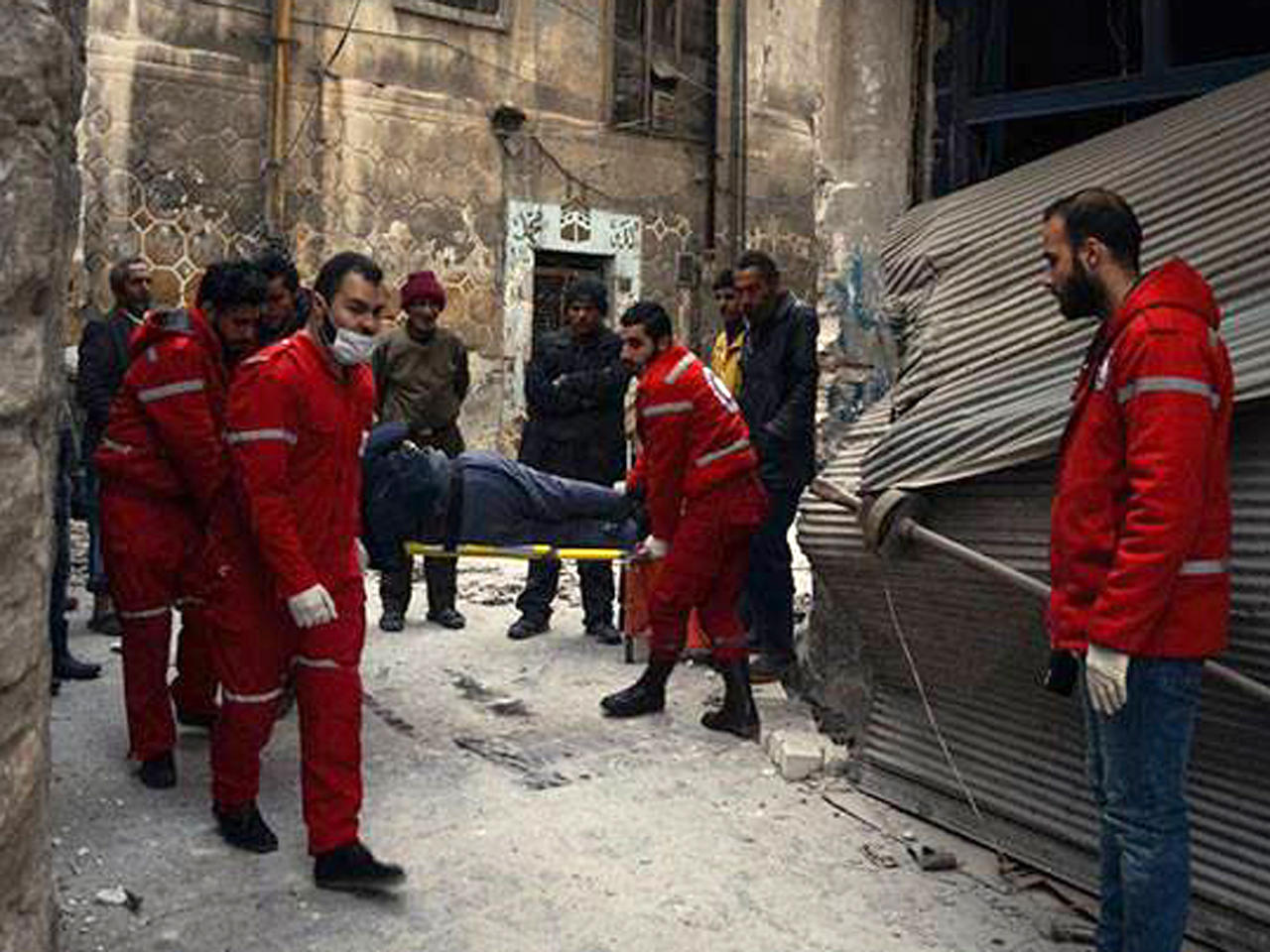 BEIRUT -- President Bashar Assad said in comments published Thursday that Syrian forces’ victory in the battle for Aleppo will be a “big gain” for his government but that it will not end of the country’s civil war.

Assad’s comments came as his troops were pushing further into the rebel-held enclave in eastern Aleppo, in swift advances that were hardly possible earlier in the bitter conflict, now in its sixth year.

CBS News correspondent Debora Patta says the Assad regime is showing no mercy as it pushes to regain full control of Syria’s biggest city. Rebels are losing territory under relentless bombing, backed by Russia, but about 200,000 civilians remain trapped in the area being pummeled.

Deeply divided since 2012 between Syrian government and rebel-controlled areas, more than three quarters of the rebel section have now fallen under the government’s control, including the symbolically important ancient Aleppo quarters. More than 30,000 of the estimated 275,000 residents of besieged eastern part have fled to western Aleppo.

State TV said the troops were about to storm the two districts. Al-Sukkari is in the southern part of eastern Aleppo, an area that has become home to the majority of the displaced civilians who stayed behind. Kallaseh is near the Old City.

The International Committee for the Red Cross said meanwhile that it evacuated 148 disabled civilians and others in need of urgent care from a facility in Aleppo’s Old City after fighting had calmed down there.

ICRC said in a statement on Thursday that the evacuation was undertaken jointly with the Syrian Arab Red Crescent and was completed late on Wednesday.  The people had been trapped in a facility that was originally a home for the elderly and included mental health patients, elderly orphans, and patients with physical disabilities. Some were injured civilians who had sought refuge there.

“They were forgotten,” said Pawel Krzysiek, ICRC communication coordinator in Damascus. The evacuees were taken to hospital and shelters in the western, government-held part of Aleppo.

Others were not as lucky, with eastern Aleppo residents describing bodies lying on the ground because no one could get to them amid intense fighting.

In an emotional plea sent to the media, the head of the eastern Aleppo medical authority called for an immediate cease-fire, saying this was a “last distress call” for help.

“Aleppo is finished. There is nothing left except a few residents and bricks,” Mohammed Abu Jaafar said in a recorded audio message shared with reporters. “This may be my last call.”

Activists are struggling to document casualties because of street clashes and intense bombings.

The Syrian Civil Defense in Aleppo said it was able to record 38 killed in Wednesday’s violence. The Syrian Observatory for Human Rights said 11 were killed in Old Aleppo, seized by the government Wednesday.

The rebel defenses have buckled amid the government and allies wide-ranging offensive, that opened a number of fronts at once and was preceded by an intensive aerial campaign. A proposal for a cease-fire put forward by the rebels Wednesday, calling for a five-day humanitarian pause, has been ignored.

Assad, in an interview published on Thursday in the state-owned newspaper al-Watan, said he will no longer consider truce offers, adding that such offers, particularly from Americans, often come when the rebels are in a “difficult spot.”

“That is why we hear wailing and screaming and pleas for truces as the only political discourse now,” Assad said. He described his forces’ fight in Aleppo as one “against terrorism and a conspiracy” to destroy and divide Syria, allegedly led by Turkey.

“Liberating Aleppo from the terrorists deals a blow to the whole foundation of this project,” he said. But he added, “to be realistic, it doesn’t mean the end of the war.”

With Aleppo, Syria’s largest city and former commercial heart, the capital of Damascus and Homs, the third largest city under his control, Assad says “terrorists” no longer hold any cards.

“Even if we finish in Aleppo, we will carry on with the war against them,” Assad added.

Also Thursday, Russian news agencies quoted Deputy Foreign Minister Sergei Ryabkov as saying Moscow was close to reaching a deal with the United States on a cease-fire for Aleppo. He didn’t elaborate, but warned against “high expectations.”

The Syrian government and its ally Russia have rejected previous calls for truce for the war-torn city, keeping up the military offensive that has squeezed and forced rebels to retreat in several areas.

Ryabkov said a final deal has not been worked out yet.