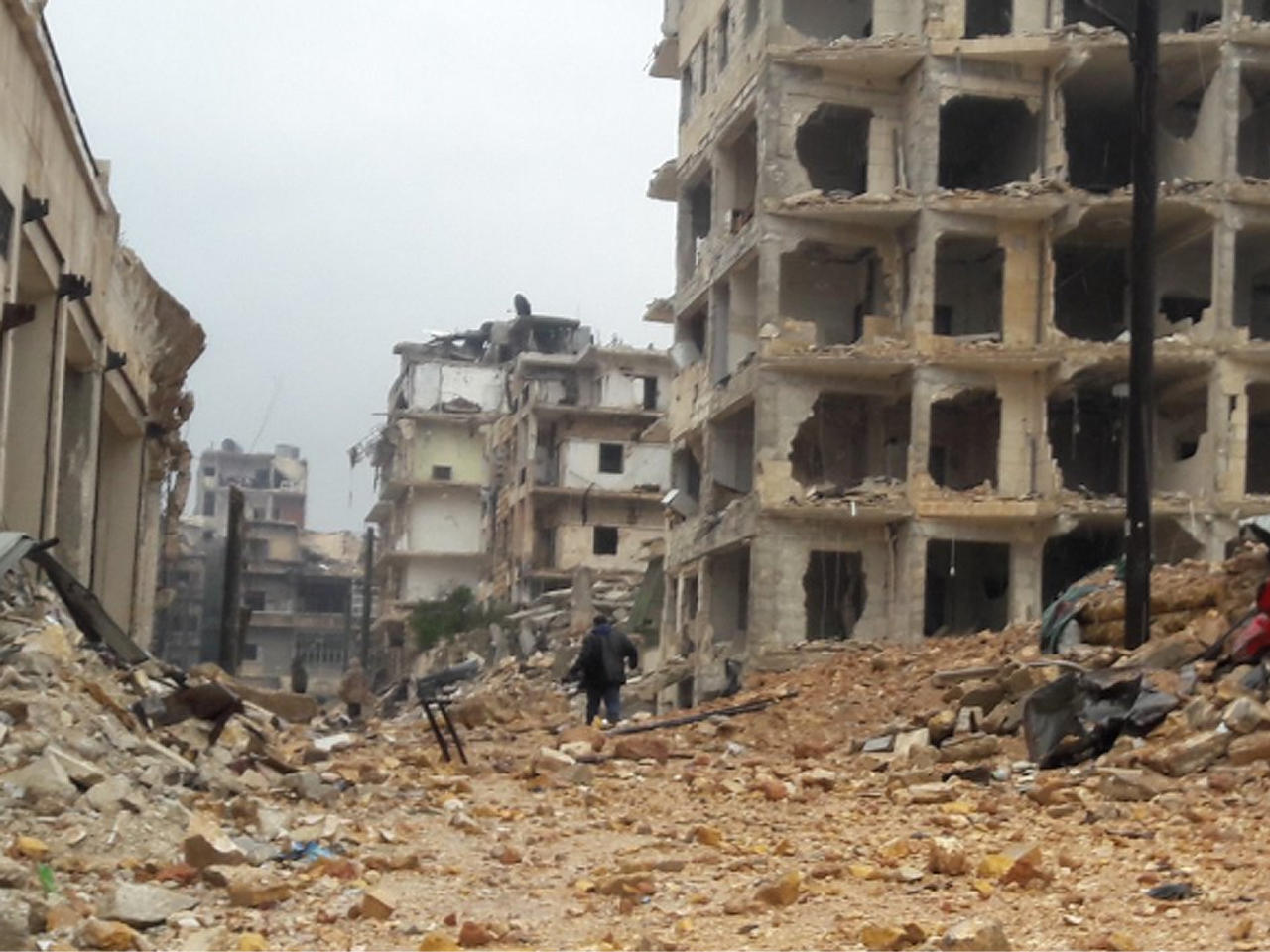 With thousands of people still trapped there, the Syrian regime resumed bombing rebels’ shrinking swath of Aleppo on Wednesday morning after what had been a night of calm, quashing hopes that the brutal aerial bombardment might finally be over under a ceasefire put in place the previous afternoon.

Both sides blamed each other for the resumption violence. Syrian state TV said rebel rockets had killed seven people in the much larger government-held portion of Aleppo, bringing the response from the military.

Activists and opposition members, however, said the bombs began falling again unprompted on what remained of their eastern Aleppo bastion.

The bombing stopped Tuesday afternoon after Russia announced the fight for Aleppo over. Russia said it had not conducted any of the airstrikes on eastern Aleppo on Wednesday, saying its aerial campaign ended on Oct. 28.

Russia’s U.N. Ambassador Vitaly Churkin said Tuesday, near the end of an emergency meeting of the U.N. Security Council, that “according to the latest information that we received in the last hour, military actions in eastern Aleppo are over.”

He said that as a result, “there is no issue of some cessation of hostilities, or some special humanitarian operation... the Syrian government has re-established control over eastern Aleppo.”

The United Nations estimates that some 50,000 civilians remain holed-up in the tiny rebel territory. U.N. envoy for Syria, Staffan de Mistura, said Tuesday that anti-government armed groups still control an estimated 1.9 square miles in eastern Aleppo. He said the number of fighters was estimated to be about 1,500.

Civilians and activists have made dozens of emotional appeals -- many of them in English -- in videos posted to social media. They’ve billed some of the video appeals, which cannot be independently verified by CBS News, as final farewells to the world.

“We are facing one of the most difficult times or the most serious or the most horrible massacres that is in that new history,” said activist Abdulhafi Alhamdo, from eastern Aleppo.

Zouhir al-Shimale, another activist in the opposition enclave, said on Wednesday morning, as explosions could be heard out of his window, that he had counted more than 50 artillery strikes. “We don’t know if there’s casualties yet or not.” He tweeted not long after that there were casualties, including women and children. Again, his reports could not be independently verified.

Two of the most prominent civilian voices to emerge from shell-shocked east Aleppo have been 7-year-old Bana Alabed and her mother Fatemah. Their harrowing accounts on Twitter of life under fire have been widely shared, but dismissed as propaganda by the Assad regime.

On Wednesday, the mother appealed directly to U.S. ally and Assad foe Turkey, asking what had happened to the ceasefire.

The foreign minister of Turkey, which has been accused by Russia and the Syrian government of supporting terrorist groups in the war along with the U.S. and its other allies, replied directly.

With the quiet overnight, a long line of government buses (most bedecked at the front with Assad’s portrait) had formed on the edge of the rebel-held patch, ready to take evacuees away. The government had promised safe passage for rebel fighters and their families to other opposition-held areas under the ceasefire reached Tuesday.

The mass bus evacuations were meant to begin at 5 a.m. local time, but were delayed without explanation shortly before reports of the renewed bombing began to surface. Various reports suggested as many as 6,000 people had made it out of eastern Aleppo by Wednesday morning, but it was unclear whether any of the corridors out of the city remained open.

CBS News correspondent Holly Williams says that after four years of fighting in what was once Syria’s most populous city -- home to 2 million people, a center of ancient civilization now bludgeoned by a barbaric war -- the Assad regime has all but won back Aleppo from the rebels.

It has done so, notes Williams, with total disregard for civilian life. The Syrian government has indiscriminately killed its own people.

And Syria has won this victory with the backing of Russia and Iran, which America’s ambassador to the United Nations addressed yesterday, asking the countries’ diplomats publicly if they were “truly incapable of shame.”

“Is there literally nothing that can shame you? Is there no act of barbarism against civilians, no execution of a child that gets under your skin?” Samantha Power asked of Assad and his allies.

“We appear to be witnessing nothing less than an all-out effort by the Syrian government and its allies to end the country’s internal conflict through a total, uncompromising military victory,” U.N. Secretary-General Ban Ki-moon said Tuesday, adding that he did “not accept recent statements by the Syrian Government and Russian Ministry of Defense” that there were no humanitarian organizations present in eastern Aleppo.

Assad himself accused the U.S. and its allies of pushing for a ceasefire in Aleppo just to save the lives of “terrorists.” He spoke to the Russia Today channel in excerpts of an interview aired Wednesday.

Assad said the ceasefire, brokered by the U.S. and Turkey, was intended only to stop his government’s advance and “keep the terrorists and save them.”

With the resumption of bombing in what’s left of the opposition stronghold on Wednesday, it was clear the shaming tactics tried at the United Nations the previous day had fallen on deaf ears, and that the punishment would continue.