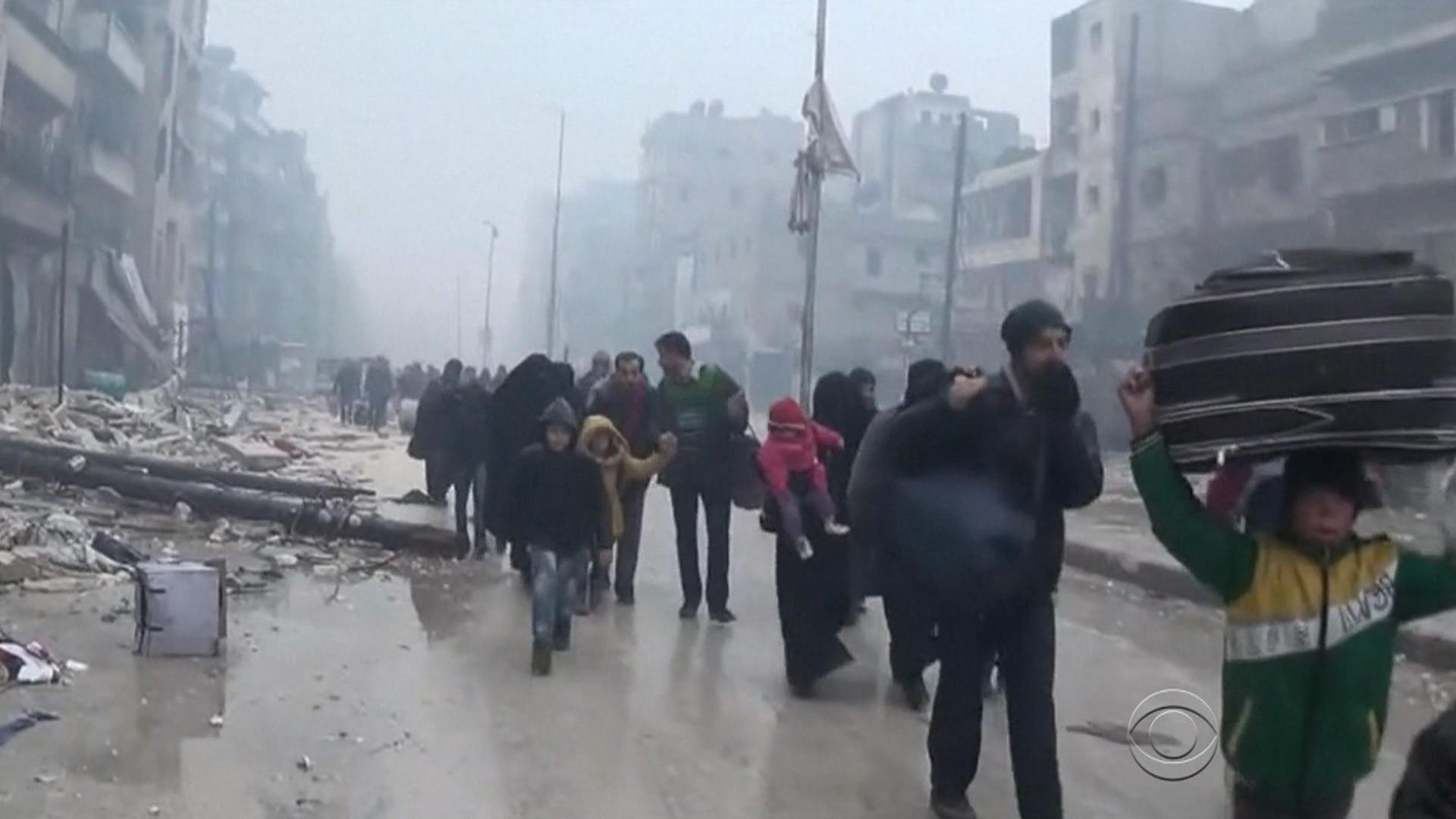 Now to the grim reality the new president will face -- his first foreign policy challenge. On Tuesday night, the Syrian dictatorship and its Russian ally say they have broken the rebellion in the country’s largest city, Aleppo. Rebels are evacuating after years of siege, starvation and devastating air strikes.

On Monday night, thousands protested at the Russian consulate in Istanbul, Turkey, demanding an end to the bloodbath.

Aleppo once held two million residents and treasures of early civilization. There’s nothing like civilization there today.

The U.N. said on Tuesday that it had evidence that pro-government militias massacred 82 civilians -- some in their homes, others as they tried to run away. Eleven women and 13 children were among them.

Eyewitnesses describe streets lined with bodies and people too scared to collect their loved ones for fear of being shot.

“We are facing one of the most difficult times or the most serious or the most horrible massacres that is in that new history,” said activist Abdulhafi Alhamdo, who is in eastern Aleppo.

For the injured there is no medical help. One man desperately tried to put out the flames that have engulfed his body. Drenched in misery, civilians make a last attempt to get out.

The children are utterly defenseless -- all they have is each other for protection.

The Syrian military has taken back Aleppo -- and countless civilians have paid for this with their lives.

In a conflict that already has a long list of atrocities committed against civilians, the past 48 hours have been even worse. However, the Russians and the Syrians have denied any wrongdoing, saying now that Aleppo is under their control, all military operations have stopped.