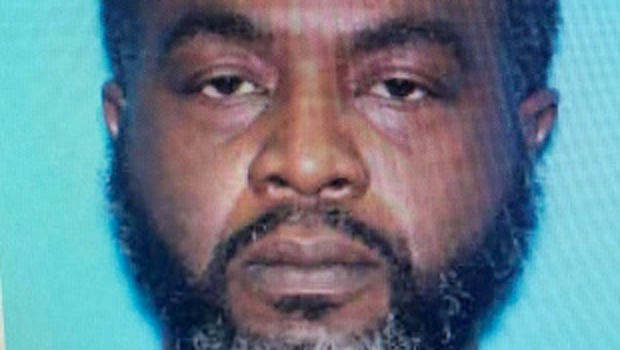 WSFA-TV reports that 44-year-old Germaine Moore turned himself into Millbrook Police around 2:30 a.m. Tuesday. He is facing 11 counts related to a criminal sexual conduct investigation involving a person under 13, and more charges are expected, a spokeswoman for the state Alabama Law Enforcement Agency tells Crimesider.

The victim has been located and is safe, the spokeswoman says. Moore, of Millbrook, also is wanted in Detroit, where prosecutors allege that he sexually assaulted three girls.

The video circulating on Facebook and other social media as far as Colorado and France shows a young girl performing oral sex on an adult. State Bureau of Investigation Lt. Brooke Walker told AL.com someone recognized the girl from the video and authorities were able to identify and interview her. Her statement, along with other evidence, led them to identify Moore as a suspect, the website reports.

Investigators released his photo to news outlets, and Walker told the website a media blitz Monday night led to his surrender.

Walker told the website that while child is physically unharmed, but she can't say she is "okay."

"She's got a long road ahead of her,'' Walker said. "This poor little girl is going to be victimized by this the rest of her life."

Montgomery Police charged 42-year-old Jerrell Washington with distributing it, and warn that anyone who shares the video, even in outrage, can be charged as well.

Walker says Moore's fiancee was arrested Monday night and is not cooperating.