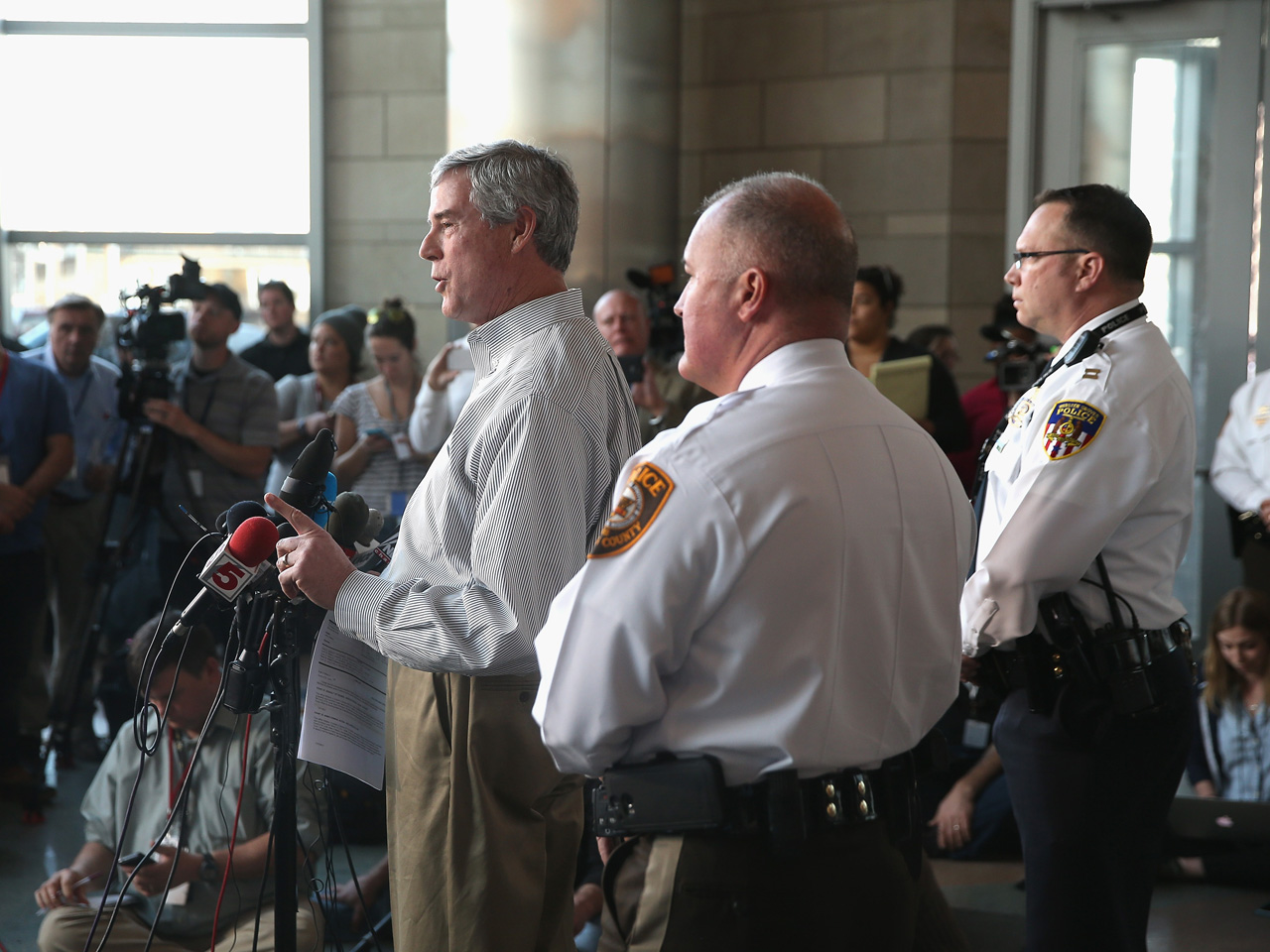 CLAYTON, Mo. - Authorities say the 20-year-old man charged in the shooting of two St. Louis area officers had been at the protest earlier that night.

McCulloch said Williams already had a warrant out because he had violated his probation "for receiving stolen property."

McCulloch said the suspect "claims he had a bit of a dispute with some other people there" and wasn't aiming at the officers.

"We're not sure we completely buy that part of it," McCulloch said, adding that there might have been other people in the vehicle with Williams.

The prosecutor said they were still investigating the claim, but did admit there were civilians positioned between the shooter and the officers struck during the time of the shooting.

Officials said the arrest was made due to information received from the public.

The officers were shot early Thursday as a crowd began to break up after a late-night demonstration that unfolded after Ferguson police chief Tom Jackson resigned in the wake of the scathing federal Justice Department report, which found widespread racial bias in the city's policing and in a municipal court system driven by profit extracted from mostly black and low-income residents.

The officers were quickly released from the hospital Thursday. But Belmar said Thursday they could have easily been killed and called the attack "an ambush."

"What happened last night was a pure ambush," Attroney General Eric Holder said Thursday. "This was not someone trying to bring healing to Ferguson, this was a damn punk who was trying to sow discord."

The shots were believed to come from a handgun across the street from the police department, which has been a national focal point since the fatal Aug. 9 shooting of Michael Brown, who was black and unarmed, by now-former police officer Darren Wilson. Wilson was cleared by the Justice Department's report and by a county grand jury led by McCulloch.

Six Ferguson officials, including Jackson, have resigned or been fired since the federal report was released March 4.