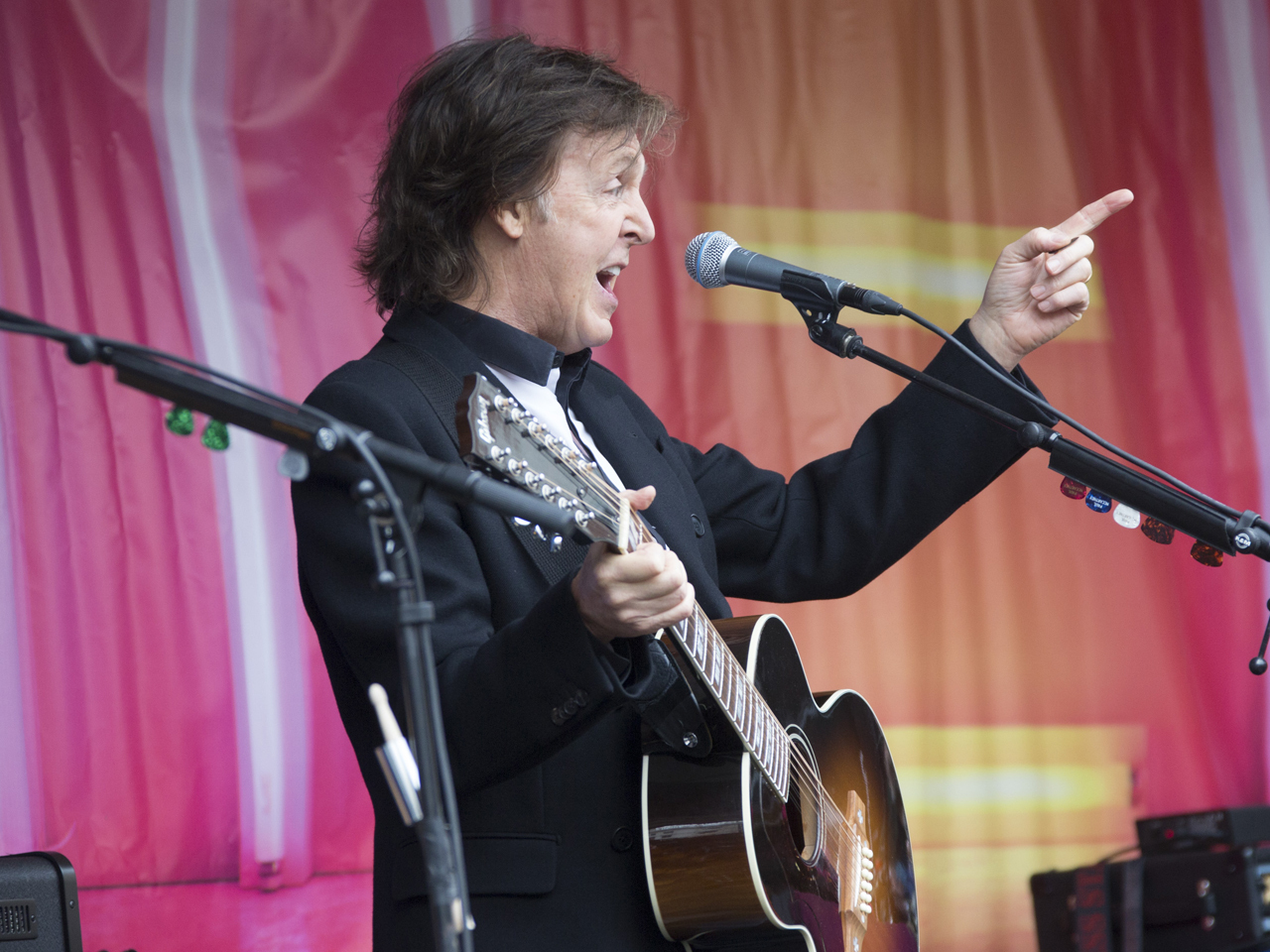 People who lunch at Covent Garden are used to jugglers, mimes and street musicians vying for their attention -- and a spare coin or two -- but Friday's performer didn't bother to pass the hat.

Paul McCartney doesn't need the money. But he apparently still needs the thrill of a live performance and the applause of adoring fans. The ubiquitous former Beatle gave a surprise free performance from the back of a truck, livening up the lunch hour for workers and tourists alike.

McCartney performed tracks from his latest album "New" before thousands who gathered in the famous market square in central London. Word about the show had spread throughout the British capital since the singer's crew started setting up speakers early Friday. He did the same thing earlier this week in New York City.

McCartney has been promoting his latest album with television appearances and interviews this week. The set, McCartney's first new album of all original material since 2007, has been gettingpositive reviews.

He and pop princess Katy Perry traded songwriting tips at a taping of "The Graham Norton Show" in London on Thursday night.

McCartney said he and late writing partner John Lennon expected to come away with a song every time they brainstormed. Perry, who says she's "an observer of life," carries around a recorder while she's on tour to stash away phrases that strike her fancy.