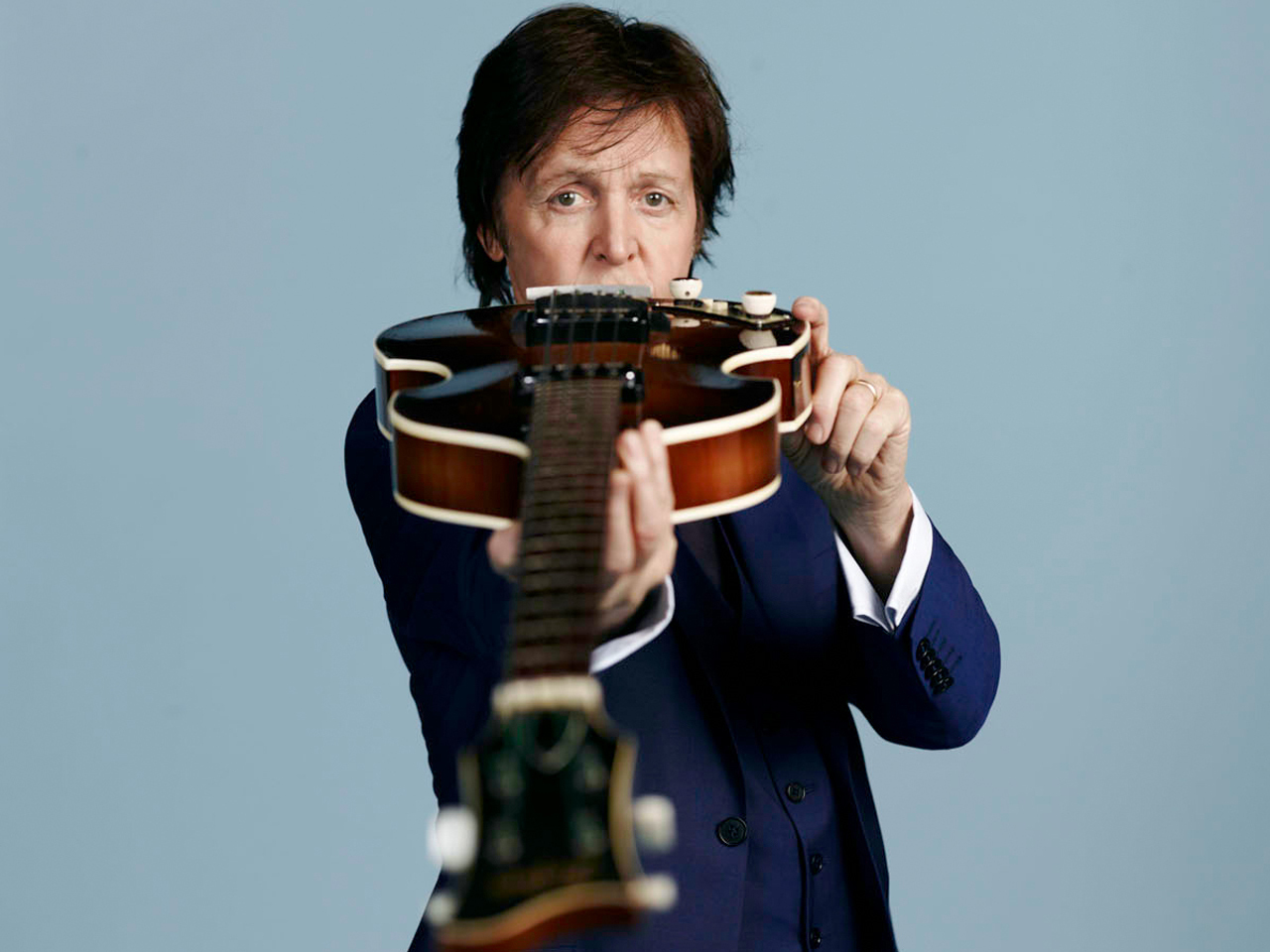 Paul McCartney has been rolling out quite a bit of press for his latest album, "New," which is out now.

The former Beatle exchanged accents with Jimmy Fallonand even did an impromptu performance in New York's Times Square leading up to the Tuesday release. Critics have been largely positive about the new material, noting how it sounds refreshed and revitalized. Part of that "new" sound may have to do with McCartney's latest collaborators.

The lead single was produced by Mark Ronson, known for his work with Amy Winehouse. Speaking about the song, McCartney said, "We can do what we want, we can live as we choose." In addition to Ronson, McCartney also teamed up with several other new collaborators.

Here's what critics have to say about "New":

Bill Friskics-Warren of The Washington Post: "His steadfast defense of his hook-ridden aesthetic notwithstanding, charges of superficiality have continued to dog him, but maybe nothing has refuted them more eloquently, and with more innate musicality, than his latest studio album, 'New.'"

Will Hermes of Rolling Stone: "Recorded with a round robin of top-flight producers, including retro-modernist Mark Ronson, U.K. pop supersizer Paul Epworth and Giles (son of George) Martin, New feels energized and full of joyous rock & roll invention. More than a sentimental journey, it's an album that wants to be part of the 21st-century pop dialogue."

Randall Roberts of the Los Angeles Times: "It's a little tiresome, after all, this relentless fawning. Seems like every fiscal quarter something else pops up: an anniversary, reissue, Cirque du Soleil production, documentary, or surprising new solo album. Can't we give it a rest and focus on, say, the Kinks, James Brown or Pulp for a while? Not while a Beatle's still making records as consistent and well-crafted as 'New.' With peaks as high as any music he's done this century and nary a valley as low as 'Silly Love Songs,' 'Let 'Em In,' 'Ob-La-Di, Ob-La-Da' or his oft-treacly last record of standards, 'Kisses on the Bottom,' Paul McCartney's latest studio album is pretty damned good -- damn it."

Ben Greeman of The New Yorker: "When he performed at the Frank Sinatra School of the Arts in Astoria, Queens, last week, his closing remarks to the students were laughably generic, in the Paul McCartney way: 'You rock on. You be great. You be lovely in your careers.' In that sense, 'New' is a perfect Paul McCartney album. It's filled with songs that are without meaning but not meaningless. Whether in the wonderfully eerie 'Appreciate,' the lovely, Indian-inflected "Hosanna," or the happily crack-brained nursery rhyme 'Queenie Eye,' McCartney makes songs that work extremely well on their own terms while remaining largely sealed off from anything approaching real or raw emotion."

Tell us: What do you think about "New"?