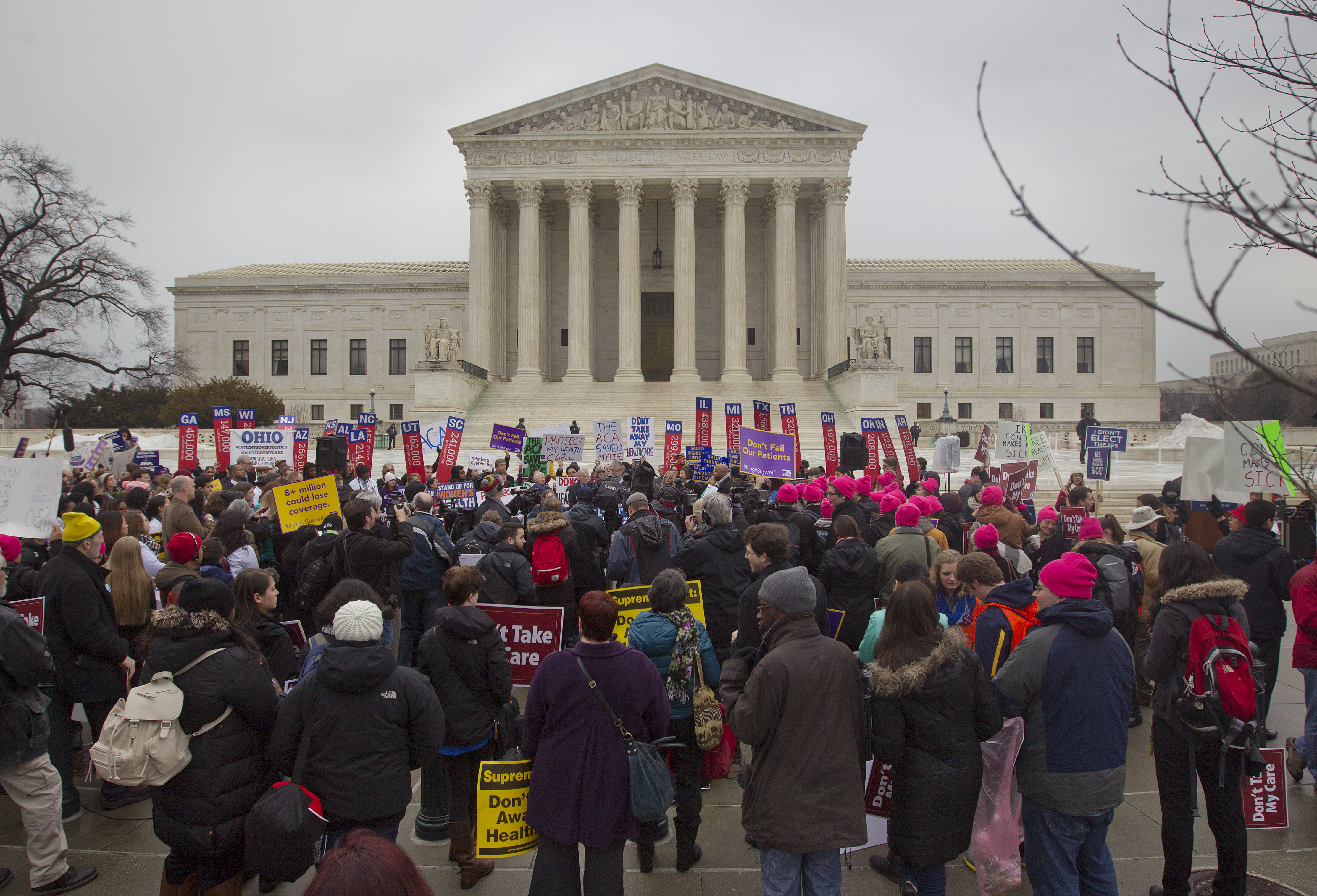 Most Republicans (72 percent) continue to oppose the law, while most Democrats (70 percent) support it. Independents are split. Still, few Americans (just 9 percent) think the health care law is working well and should be kept as it is, and 31 percent want the law repealed entirely. Most - 55 percent - think that there are some good things in the law, though changes are needed to make it work better.

More than half of Republicans would like to see the entire law repealed.

One part of the law that a majority would like kept in place is the subsidies to help low and moderate income people buy health insurance. Seven in 10 think the U.S. Supreme Court should rule to continue this financial assistance. Half of Republicans, however, disagree.

If the Supreme Court decides it is not legal under the ACA for the government to provide financial assistance to help some low and moderate income people get health insurance, 64 percent of Americans think Congress should pass a law to allow those subsidies, compared with 29 percent who do not think such a law should be passed.

Views of the U.S. Supreme Court

With the U.S. Supreme Court expected to issue rulings in high profile cases before its term ends, Americans are divided in their overall evaluations of the court: 41 percent approve of how the court is doing its job, while 40 percent disapprove. Views differ little from two years ago, and assessments are similar across party lines.

However, there are partisan differences when asked about the ideology of the current Supreme Court. Republicans are inclined to think the court is too liberal (47 percent), while 36 percent of Democrats perceive it as too conservative. Among Americans overall, about a third thinks the Supreme Court's ideology is about right.

Most Americans think the Supreme Court justices' own views do play a role in their legal decisions. Seventy-five percent of Americans, including majorities across the political spectrum, say the justices sometimes base their decisions on their own personal or political views, while just 16 percent believe they decide cases based solely on legal analysis.

Just over half of Americans prefer the Supreme Court base their decisions on legal issues alone. Fifty-two percent think the U.S. Supreme Court should only consider the legal issues involved when deciding a case; while 40 percent say the court should also consider what the majority of the public thinks on the subject.

The percentage of Americans who say the justices should rely only on legal issues has increased over the years.

Democrats and independents are more likely than Republicans to think public opinion should be given some weight in the Supreme Court's decisions.

This poll was conducted by telephone June 10-14, 2015 among a random sample of 1,007 adults nationwide. Data collection was conducted on behalf of CBS News and The New York Times by SSRS of Media, PA. Phone numbers were dialed from samples of both standard land-line and cell phones. The error due to sampling for results based on the entire sample could be plus or minus three percentage points. The error for subgroups may be higher. Interviews were conducted in English and Spanish. This poll release conforms to the Standards of Disclosure of the National Council on Public Polls.