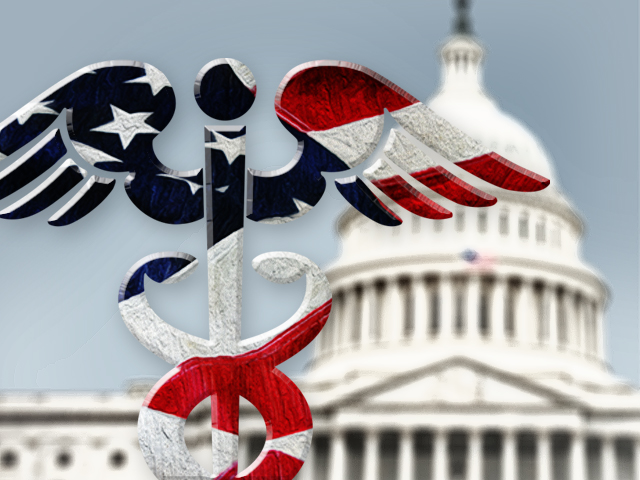 In the coming weeks, the Supreme Court could rule that only customers in state-run Obamacare marketplaces are eligible for federal subsidies.

If the court does agree with the plaintiffs in King v. Burwell, it could make the health care coverage unaffordable for millions. The ruling could effectively upend the entire health care law, creating an even bigger rift between the mostly-blue states that have embraced aspects of Obamacare and the red states that haven't.

However, more than two dozen Democrats and Republicans told the New York Times that this is never what they intended.

"It was never part of our conversations at any point," said former Sen. Olympia Snowe, a Maine Republican who helped draft the law as part of the Senate Finance Committee. "Why would we have wanted to deny people subsidies?"

The King v. Burwell case rests on the interpretation of one sentence in the Affordable Care Act: Section 1311 of the law says the federal government will give subsidies to eligible consumers who buy insurance from an exchange "established by the State."

The conservative plaintiffs argue that Congress explicitly denied subsidies to any customers who buy insurance on the federally-run marketplace. If that's case, as many as 7.5 million Americans could lose access to subsidies.

Congressional intent is one major factor that the Supreme Court will consider in this case, and the Times' reporting gives the latest confirmation that Congress never intended to deny subsidies to any customers. The Democrats and Republicans interviewed "described the words as 'inadvertent,' 'inartful' or 'a drafting error,'" the Times' Robert Pear wrote. "But none supported the contention of the plaintiffs."

Before the Supreme Court agreed to consider this case, seven high-ranking Democrats who helped craft Obamacare, as well as dozens of state lawmakers, filed a brief with the court to explain the true intent of the law. "The purpose of the tax credit provision was to facilitate access to affordable insurance through the Exchanges--not, as Appellants would have it, to incentivize the establishment of state Exchanges above all else, and certainly not to thwart Congress's fundamental purpose of making insurance affordable for all Americans," they wrote.

Additionally, congressional staffers who helped draft the law told the Washington Post last year that there was no intent to deny subsidies to federal Obamacare shoppers.

The origins of the phrase "established by the State" appears to lie in the merging of two different drafts of the bill -- one written by the Senate Finance Committee and one written by the Senate Health, Education, Labor and Pensions (HELP) Committee. The HELP Committee's draft clearly allowed the distribution of subsidies in states that relied on the federal marketplace. The Finance Committee's draft did not. Conservatives argue that Congress, in its final version, must have deliberately omitted the HELP Committee's endorsement of nationwide subsidies.

When then-Senate Majority Leader Harry Reid, D-Nevada, merged the two bills, he left out a key line from the HELP Committee's bill, which clarified that the federal marketplace "shall be deemed to be a participating state." However, the Times reports that the omission wasn't intentional.

"I remember meeting after meeting in which we went through the language of the legislation line by line," Robert D. Greenawalt, who worked as a senior tax adviser to Reid, told the Times. "I do not recall any discussion of a distinction between federal and state exchanges for the purpose of subsidies."