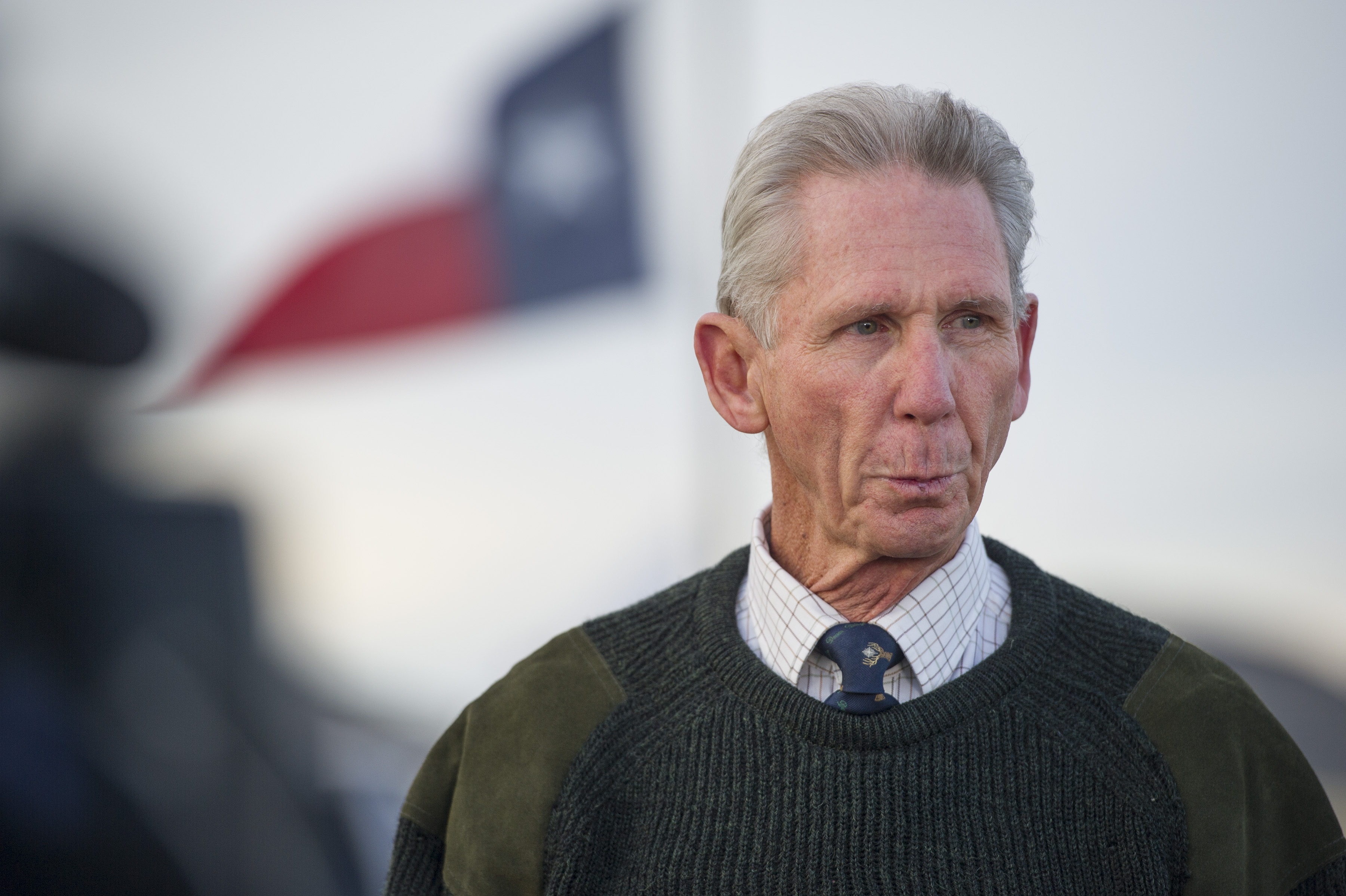 For the second time this week, Donald Trump expressed skepticism about how Supreme Court Justice Antonin Scalia died, alluding to conspiracy theories suggesting he was the victim of foul play.

"They say they found a pillow on his face, which is a pretty unusual place to find a pillow," Trump said Tuesday during an interview on Michael Savage's radio show "The Savage Nation."

The conspiracy theories started shortly after Scalia's death was made public and persist, despite clarifications from the owner of the ranch where Scalia died, as well as the county judge who declared him dead, reports CBS News correspondent Jan Crawford.

The suggestion that the outspoken conservative may have been murdered took hold in part because a state judge declared Scalia dead over the phone - something that is allowed by Texas law. Scalia's family said it did not want an autopsy for the 79-year-old Justice, who had a history of chronic health problems.

The conspiracy theories kicked into high gear after the owner of the ranch where Scalia died told a Texas newspaper that Scalia had "a pillow over his head."

The ranch owner, John Poindexter, tried to clarify his comments, telling "CBS This Morning" that Scalia "had a pillow over his head, not over his face as some have been saying. The pillow was against the headboard."

Judge Cinderela Guevara said investigators found no signs of foul play or struggle. She added Scalia's personal physician believed "the death was due to natural causes."

William Ritchie, the former homicide commander of D.C.'s Metropolitan Police Department, said an autopsy would put all these questions to rest.

"If you're called to the scene to investigate a death, you will assume that death is a homicide until your investigation proves otherwise," Ritchie said. "If the death scene was handled in an appropriate manner, we wouldn't be having this discussion."

Adding to the confusion, unlike fellow Supreme Court Justices Ruth Bader Ginsburg and William Rehnquist - whose battles with cancer had been made public - Scalia kept his health issues private.

"By the time you're 79, most people will have some degree of heart disease," said Dr. Barron Lerner of the Langone Medical Center at New York University. "It's rumored that he did not have shoulder surgery because it would have been too risky, which suggested he might have more severe heart disease than what was thought before."

There is no federal law requiring government officials to disclose their health conditions. If Scalia's health issues had been known - if he disclosed them like presidents and presidential candidates do, for example - perhaps these conspiracies would never have surfaced.

"CBS This Morning" reached out to a representative of Scalia's family, but he said they would have no further comment.