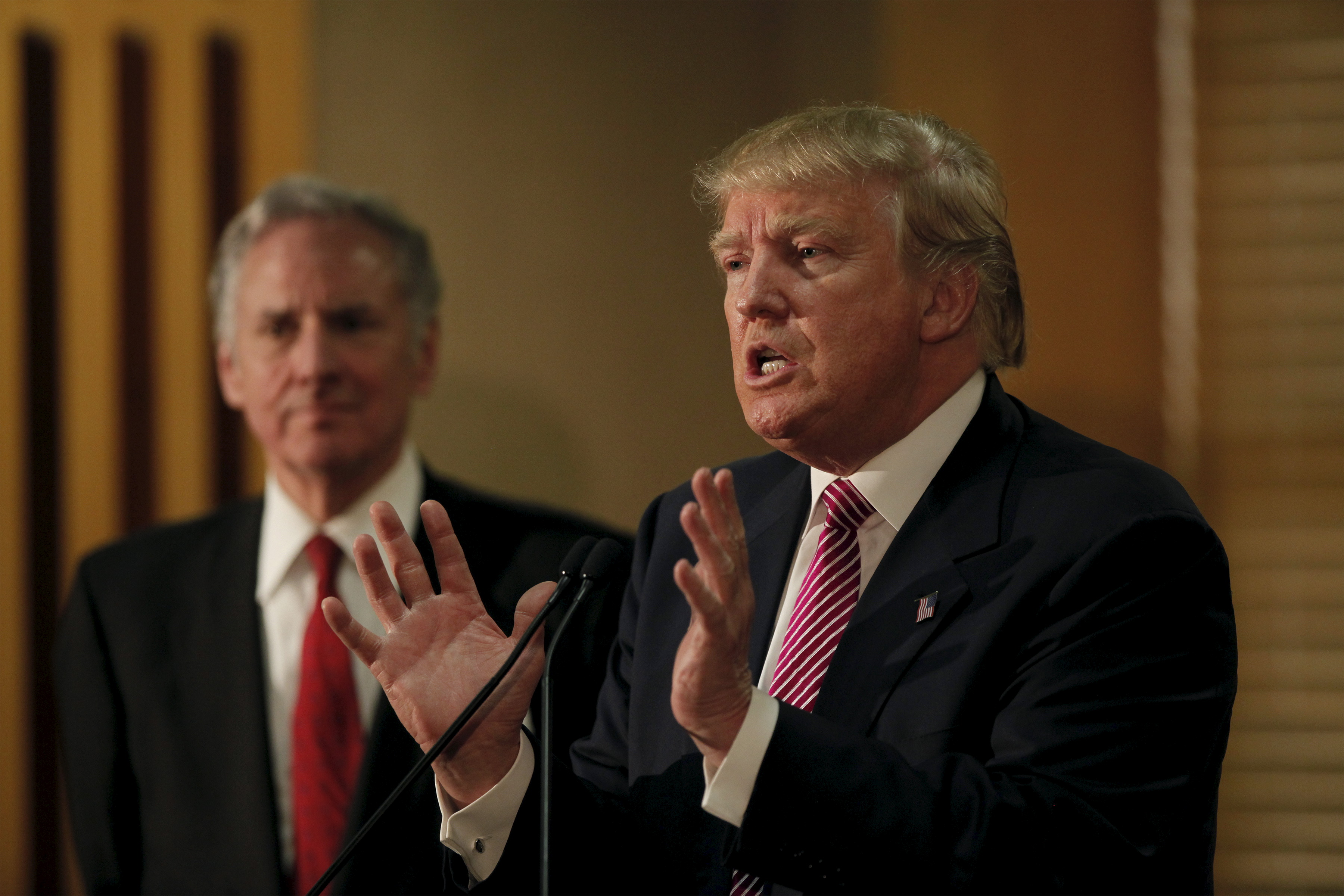 Republican presidential candidate Donald Trump is not exactly knocking down a conspiracy theory that Supreme Court Justice Antonin Scalia might have been murdered.

The subject came up during an interview on Michael Savage's radio show, "The Savage Nation."

"Donald I need to come back to the topic we've been all screaming about here which is Scalia," Savage said to Trump. "Was he murdered? I know it's pretty brutal to say that, and I'm not wanting to drag you into this but this is going to get bigger and bigger and bigger. I went on the air and said we need the equivalent of a Warren Commission, we need an immediate autopsy before the body is disposed of. What do you think of that?"

"I'm hearing it's a big topic, that's the question. And it's a horrible topic, but they say they found a pillow on his face, which is a pretty unusual place to find a pillow," Trump responded. "I can't give you an answer. You know usually I like to give you answers but I literally just heard it a little while ago."

Scalia, 79, was found dead in his hotel room Saturday during a hunting trip in West Texas after he failed to show up at breakfast. He was pronounced dead by a justice of peace who did not see the body or order an autopsy, which has fueled some speculation about his death.

The judge, Cinderela Guevara of Presidio County, told the Washington Post that she pronounced him dead after law enforcement assured her "there were no signs of foul play" and she had spoken with Scalia's physician in Washington, who said he suffered from several chronic conditions.

Although a Texas TV station claimed Guevara said Scalia died of a "myocardial infarction," or heart attack, she told the Post she simply meant that his heart had stopped. A heart attack means that the flow of blood to a section of the heart muscle is blocked, but the heart doesn't usually stop beating, according to the National Institutes of Health (NIH). Cardiac arrest, in contrast, occurs when the heart "suddenly and unexpectedly stops beating."

"He died of natural causes," she said.

The murder theory appears to stem from the fact that John Poindexter, who owned the ranch where Scalia was staying, told a San Antonio newspaper that he and a friend of Scalia's discovered him "in bed, a pillow over his head. His bed clothes were unwrinkled."

"He was lying very restfully. It looked like he had not quite awakened from a nap," Poindexter said.

The U.S. Marshals Service, which normally provides security for Scalia, was not on the trip to Texas because he had declined security for the personal excursion, the agency said.