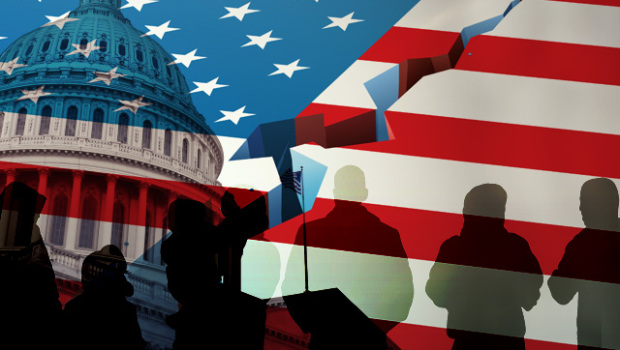 A bipartisan group of senators referred to as the "Gang of eight" are trying to reach agreement on immigration reform legislation this month - an issue President Obama has also said he would like addressed. And while illegal immigration pales next to the economy and jobs on Americans' list of priorities for the country, recent polls show growing public support for a path to citizenship for illegal immigrants.

A February CBS News/New York Times Poll found support for allowing illegal immigrants working in the U.S. to stay and apply for citizenship was the highest seen in the poll since 2007; more than half of Americans favor that approach, a figure that has risen by double digits in the past year alone.

Another 19 percent wanted to allow these immigrants to stay as guest workers. Few, just one in five people, told pollsters that illegal immigrants should be required to leave their jobs and leave the U.S. - the lowest percentage the poll has ever found.

Other polls also show majority support for citizenship, even though the way the question is asked in each poll differs. An ABC News/Washington Post Poll conducted in March found 57% support for a path to citizenship for illegal immigrants. In a February Fox News Poll, 72 percent of voters said they support allowing illegal immigrants to remain in the country and eventually qualify for citizenship as long as they meet certain requirements. 71% of respondents in a Pew Research Poll think there should be a way for illegal immigrants who meet certain requirements to stay in the country legally.

But in the CBS News/New York Times Poll, there are significant differences in opinion between Republicans and Democrats on this issue - which could pose a challenge to passing legislation.

Both those under age 30 and Hispanics are highly supportive of allowing illegal immigrants who are already working in the U.S. to stay and apply for citizenship.

One policy that does receive bipartisan support is providing a path to citizenship for those brought to the U.S. illegally as children. According to the February CBS News Poll, 60 percent of Republicans, and 81 percent of Democrats, favor a path to citizenship for those who are under 30, were brought to the U.S. as children, have no criminal record and obtain either two years of college or military service.

Still, with current Congressional approval ratings in the 10-15 percent range, there is plenty of public skepticism about the possibility of passing legislation relating to immigration policy this year.

The February poll found that while about two in three think significant changes to immigration policy are at least somewhat likely to occur within the year, just 21 percent think that is very likely to happen - and a third think it is not likely to happen.