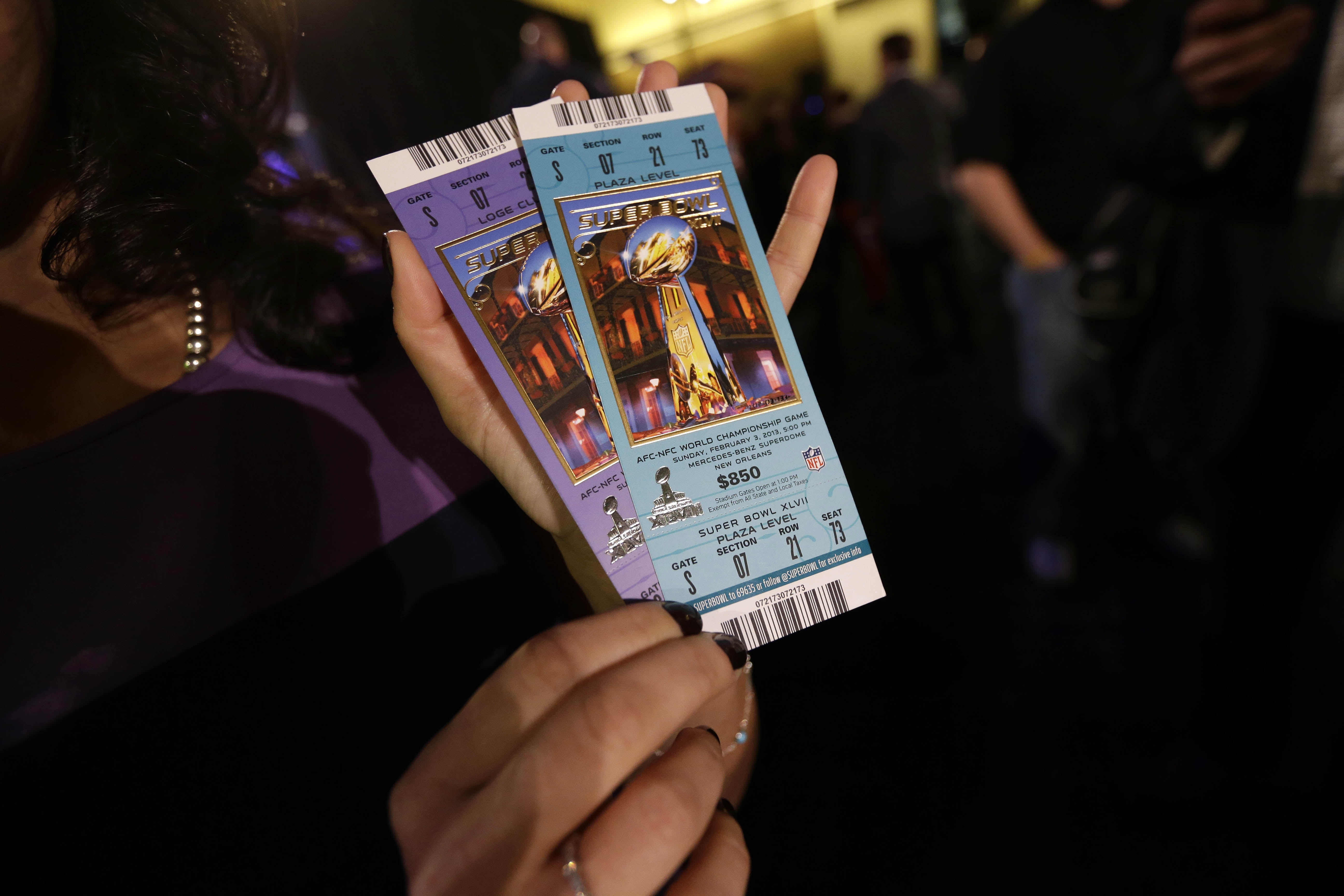 The NFL expects the most expensive tickets for its championship game will be about $2,600 each for 9,000 premium seats for the Feb. 2 game at MetLife Stadium in East Rutherford, N.J.

"We are looking to close the gap between the face value of the ticket and its true value as reflected on the secondary market," NFL spokesman Brian McCarthy said Tuesday. "The uniqueness of the Super Bowl in the New York/New Jersey is also driving unprecedented demand and buzz."

By contrast, tickets for the very first Super Bowl in 1967 topped out at $12.

The capacity of MetLife Stadium is 82,000, but it will be trimmed by about 5,000 seats to make room for media, cameras and security. The priciest seats will have access to indoor restaurants, where fans can warm up during the outdoor game.

In an attempt to ensure those fans don't resell tickets above face value, the NFL for the first time will require ticket holders to go to a gate to pick up those tickets as they enter the stadium. They won't be allowed to return to the parking lot, McCarthy said.