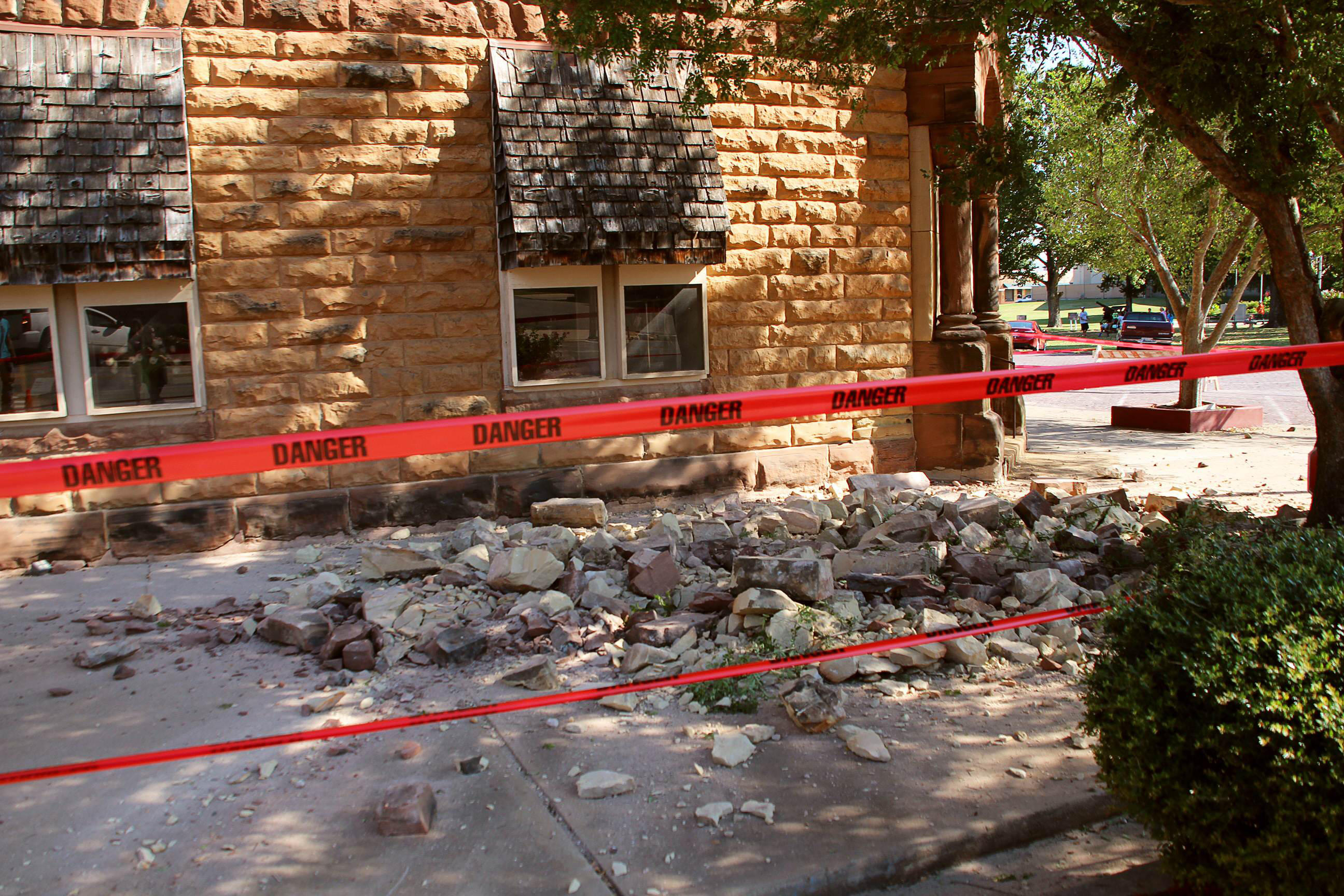 OKLAHOMA CITY -- A record-tying earthquake in the edge of Oklahoma’s key energy-producing areas rattled the Midwest from Nebraska to North Texas on Saturday, and likely will bring fresh attention to the practice of disposing oil and gas field wastewater deep underground.

The United States Geological Survey said a 5.6 magnitude earthquake happened at 7:02 a.m. Saturday in north-central Oklahoma, on the fringe of an area where regulators had stepped in to limit wastewater disposal. That temblor matches a November 2011 quake in the same region.

An increase in magnitude 3.0 or greater earthquakes in Oklahoma has been linked to underground disposal of wastewater from oil and natural gas production.

The Oklahoma Corporation Commission, which since 2013 has asked wastewater-well owners to reduce disposal volumes in parts of the state, directed about 35 wells within an approximately 500-square-mile area around the epicenter to shut down within seven to 10 days because of previous connections between the injection of wastewater and earthquakes.

“All of our actions have been based on the link that researchers have drawn between the Arbuckle disposal well operations and earthquakes in Oklahoma,” spokesman Matt Skinner said Saturday. “We’re trying to do this as quickly as possible, but we have to follow the recommendations of the seismologists, who tell us everything going off at once can cause an (earthquake).”

Pawnee County Emergency Management Director Mark Randell said no buildings collapsed in the town of 2,200 about nine miles southeast of the epicenter. “We’ve got buildings cracked,” Randell said. “Most of it’s brick and mortar, old buildings from the early 1900s.”

Randell also said a man suffered a minor head injury when part of a fireplace fell on him as he protected a child. The man was treated and released.

The office of Oklahoma Gov. Mary Fallin tweeted that state highway crews were checking for bridge damage and the state Department of Emergency Management would assess damage and determine how to address it.

The damage is not as severe as the 2011 quake near Prague, Oklahoma, about 60 miles south of Pawnee, despite being the same magnitude and approximately the same depth below the surface. Saturday’s was 3.7 miles deep, compared to 3.1 miles in 2011. Both are shallow quakes, during which shaking is more intense, like setting off “a bomb directly under a city,” USGS seismologist Susan Hough has said.

However, hard bedrock beneath the surface in north-central Oklahoma is likely the reason for less damage, Oklahoma Geological Survey geophysicist Jefferson Chang said, adding that the subsurface around Prague is softer.

“It’s pretty much comparable to the Prague event,” Chang said. “But in harder rock, it won’t shake as much.”

Pawnee furniture store owner Lee Wills told The Associated Press that he first thought it was a thunderstorm.

“Then it just ... Everything went crazy after that. It just started shaking,” said Wills, who lives about 2 1/2 miles outside of town. “It rocked my house like a rubber band. Threw stuff off cabinets and out of cabinets, broke glasses.”

Some parts of Oklahoma now match Northern California for the nation’s most shake-prone, and one Oklahoma region has a 1 in 8 chance of a damaging quake in 2016. The area where the quake was centered is on the edge of a region covered by a “regional earthquake response plan” issued in March by the commission, whose goal was to cut the number of earthquakes by reducing wastewater injection volume by 40 percent from 2014 levels.

Oklahoma and Kansas both had an uptick in quakes in the first half of this decade. Kansas moved quickly to limit volume, while Oklahoma concentrated on the depth of the disposal. Kansas saw a 60 percent drop while the frequency of quakes in Oklahoma continued to climb.

Sean Weide in Omaha, Nebraska, told the AP that he’d never been in an earthquake before and thought he was getting dizzy. Weide said he and one of his daughters “heard the building start creaking” and said it “was surreal.”