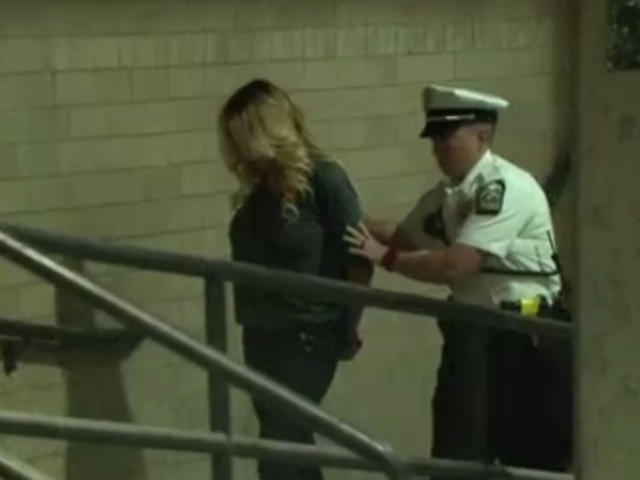 An Ohio law known as the Community Defense Act prohibits anyone who isn't a family member to touch a nude or semi-nude dancer.

CBS Columbus affiliate WBNS-TV got video of an apparently handcuffed Daniels being led into a holding facility:

Daniels was in police custody early Thursday morning and was expected to face a misdemeanor charge, Avenatti said.

She was released on bail before 6 a.m. Thursday.

"This was a complete set up," he said. "It's absurd that law enforcement resources are being spent to conduct a sting operation related to customers touching performers in a strip club in a non-sexual manner."

Avenatti told WBNS-TV he has "reason to believe it was politically motivated. There's no question these officers were undercover at that strip club. They knew my client would be performing there and I find this to be a complete waste of resources."

Avenatti posted Thursday morning on Twitter that Daniels will plead not guilty to three misdemeanor charges.

He also posted Daniels' statement on Twitter early Thursday saying she apologized to her fans in Columbus, but she would not perform her previously scheduled Thursday night show.

A Columbus police spokeswoman didn't immediately respond to a message seeking comment. A person who answered the phone at the strip club declined to comment.

Daniels has said she had sex with President Trump in 2006, when he was married, which Mr. Trump has denied. She's suing Mr. Trump and his former longtime personal attorney, Michael Cohen, and seeking to invalidate a nondisclosure agreement that she signed days before the 2016 presidential election.