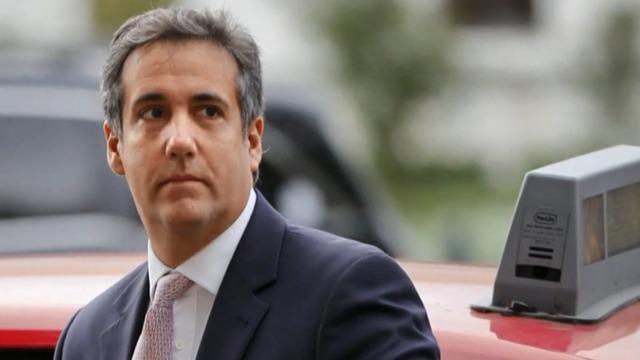 NEW YORK -- President Donald Trump's longtime personal lawyer, who once said he would do anything to protect the president, told ABC News in an interview released Monday that he now puts "family and country first." In Michael Cohen's first interview since federal agents raided his home and hotel room as part of a probe into his personal business dealings, he was asked what he would do if prosecutors forced him to choose between protecting the president and protecting his family.

"My wife, my daughter and my son have my first loyalty and always will," Cohen was quoted as saying by ABC's George Stephanopoulos in an off-camera interview that was reported on "Good Morning America." ''I put family and country first."

Stephanopoulos said he asked Cohen repeatedly if he was considering cooperating with prosecutors in their probe. Cohen responded that if he is charged with anything he would defer to his new lawyer in the case, Guy Petrillo, for advice.

Cohen was also asked how he might respond if the president or his legal team came after him and tried to discredit the work he did for Mr. Trump over the last decade.

"I will not be a punching bag as part of anyone's defense strategy," Cohen said. "I am not a villain of this story, and I will not allow others to try to depict me that way."

Last month, sources familiar with Cohen's legal problems told CBS News that he is increasingly feeling isolated from Mr. Trump and his allies, and Cohen appears to be moving closer to a legal strategy of cooperating with investigators given the gulf that now exists between him and Mr. Trump.

A source said about Cohen, "the signals are crystal clear" that they are turning on him.

Cohen was Mr. Trump's self-described fixer and a key player in the Trump Organization for more than a decade. His home, office and hotel room were raided in April as part of a probe by federal prosecutors in New York into his personal business dealings.

Cohen in the past has said that payment was made on his own initiative. But in the ABC interview, he said he couldn't comment on advice of his lawyer.

"I want to answer. One day I will answer," he said.

Cohen repeated previous denials that he had any involvement with Russian attempts to interfere with the 2016 presidential election, but he refused to criticize the investigation led by former FBI Director Robert Mueller.

"I don't like the term witch hunt," Cohen was quoted as saying.

"As an American, I repudiate Russia's or any other foreign government's attempt to interfere or meddle in our democratic process, and I would call on all Americans to do the same," Cohen said, adding that he has not been interviewed by Mueller's team.

Cohen also told ABC he did not agree with President Trump's recent tweet repeating Vladimir Putin's claim that Russia did not interfere in the election.

Stephanopoulos said he asked Cohen if he had any regrets about how he has handled any of the matters under investigation.

"As an attorney and as an employee, I tried to make good faith judgments in the past. I also acknowledge that I am not perfect. I would prefer not to be in this situation at all, obviously."

"I want to regain my name and my reputation and my life back," he said.