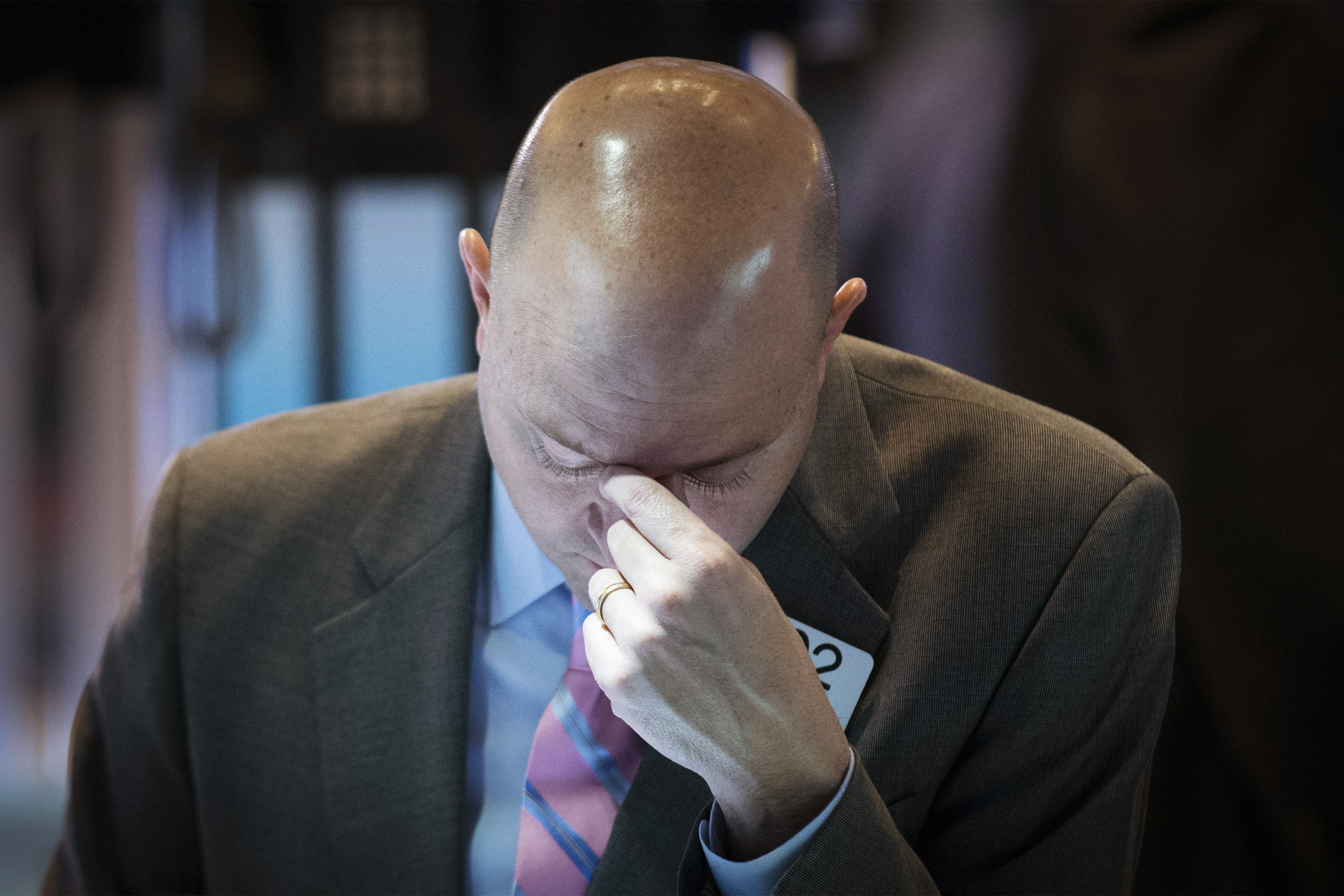 Stocks are careening lower in the first serious selloff since January in response to a stronger-than-expected February jobs report.

This is causing consternation among bullish investors since it greatly increases the odds that the Federal Reserve will soon remove the "patient" language from its March 18 policy statement and raises interest rates for the first time since 2006 at its June meeting.

Given how dependent the market has become on the Fed's cheap money, this type of response is to be expected. The end of Fed bond-buying programs in 2010 and 2011 resulted in large selloffs. The third and final round of "quantitative easing," as the stimulus program was called, ended late last year, and we've yet to see a market drop of similar magnitude.

Now, the end of the bond buying will be mixed with an outright increase in the cost of money as the Fed prepares to start its first tightening cycle since 2004.

In other assets, the action is clearly in anticipation of a rate hike, pushing down crude and precious metals. Treasury bond prices are weakening, driving the 10-year yield up to 2.25 percent. The Fed fund futures market is beginning to price in a real possibility of higher interest rates starting this summer, which is a change.

Remember that a divergence has been in play between the market (predicting only one rate hike late this year) and Fed officials (a total of four 0.25 percent hikes starting mid-year). I've been saying for months that the divergence would soon be resolved, with one side being proved wrong. It looks like markets are now being forced to adopt the Fed's more hawkish outlook.

That's because the unemployment rate fell to 5.5 percent in February, which is at the upper end of the Fed's central tendency estimate for full employment. Payrolls expanded 295,000 vs. the 235,000 estimate. And average hourly earnings increased 0.1 percent month-over-month, a slight slowdown from January. On an annual rate, wages are growing at a 2 percent rate (slightly below the 2.2 percent rate expected).

Goldman Sachs is looking for action at the September meeting, but admits that June could be the first "live" meeting should the "patient" language get dropped later this month. Blackrock is looking for action in June or September. And JPMorgan economists believe the removal of the patient language this month is a "near-certainty" and that the case for a June liftoff has been reinforced.

With sentiment recently broaching extremes -- Nasdaq 5,000 and all that noise -- a fear-inducing decline could be in order to reset expectations and bring some balance back into measures of optimism and pessimism.