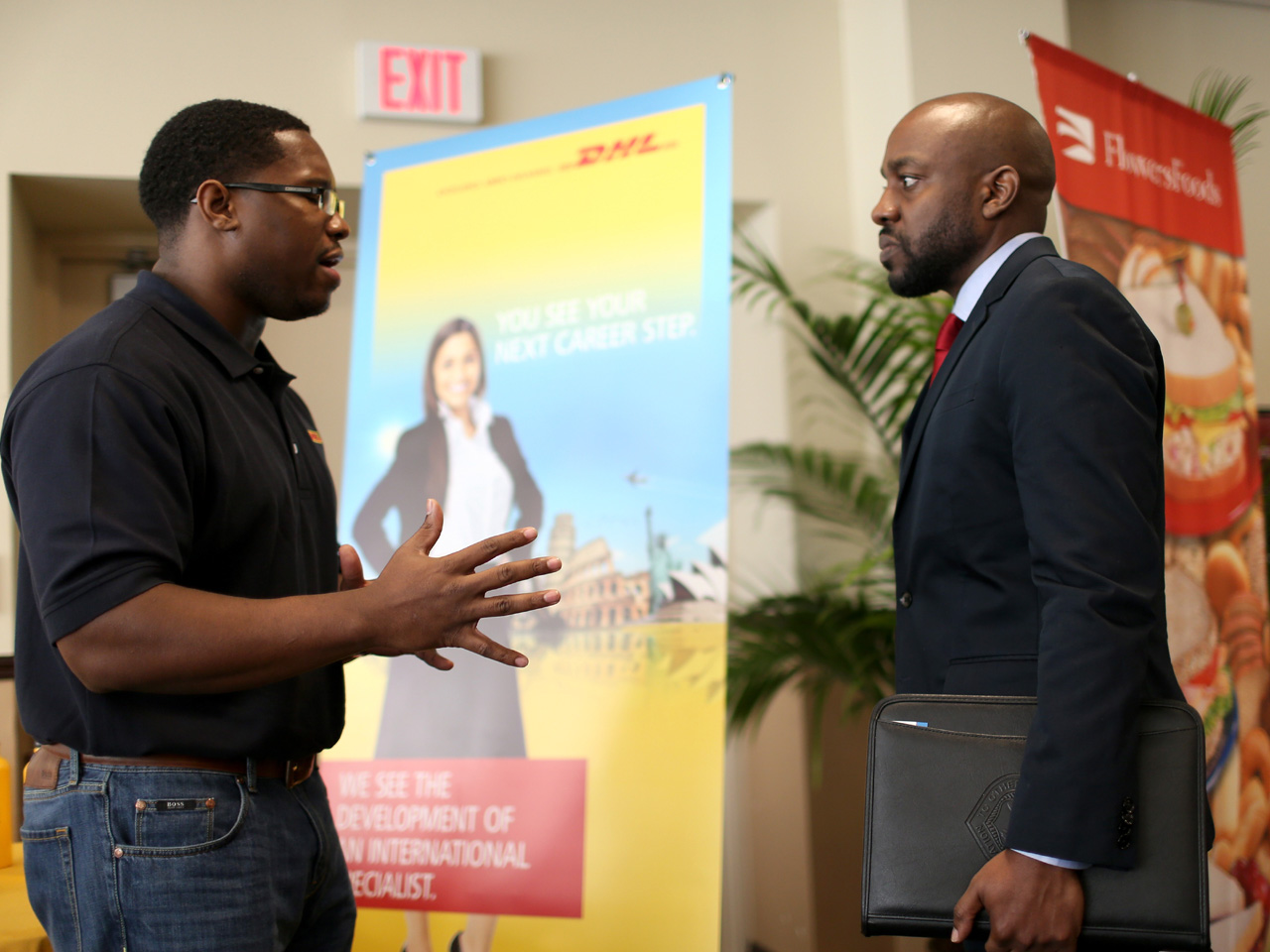 Neither snow, nor cold, nor gloom of season could keep the U.S. job market from heating up in February. Employee wages, by contrast, remain in a deep freeze.

Employers added 295,000 nonfarm jobs last month, topping consensus forecasts of 235,000, the U.S. Labor Department said Friday. The nation's unemployment rate fell to 5.5 percent, from 5.7 percent, although the decline was largely because fewer people looked for a job, which means they weren't counted in the government's official jobless figure.

Still, the job market has sizzled of late, with hiring in the fall surging to its highest level since the late 1990s. Payroll gains over the last year have averaged 266,000 per month, while for all of 2014 the economy added nearly 3 million jobs, the most since 1999.

The main drivers of that surge: Mounting consumer confidence, falling gas prices, healthy corporate profits and a rebound in hiring by small business, which account for the lion's share of job-creation.

For now, the job market seems to be mostly shrugging off the harsh winter weather affecting much of the U.S., along with energy industry layoffs related to the decrease in oil prices.

Economist Dean Baker of the Center for Economic and Policy Research said the payroll gains last month are especially impressive given the expectations that the severe weather would hurt job growth. Another sign of strength is that a range of different industries have stepped up their hiring in recent months.

But while job-creation is robust, one key yardstick of economic progress shows that Americans are sliding backward. Average hourly earnings in February rose only 0.1 percent, up 3 cents to $24.78, the Labor Department said. That rate of growth is down from January, when hourly wages rose 12 cents, or 0.5 percent. Over the last year, pay has risen at a rate of 2 percent, continuing a pattern of stagnant wage growth.

Typically after a recession, stronger hiring and a tightening labor market help fatten people's paychecks. Ordinarily, wages should be growing 3 percent or 4 percent per year, allowing people to stay far enough ahead of inflation to keep spending, which propels broader economic growth.

Measures of household income, which along with earnings includes assets such as investments, Social Security payments and interest, also underscore how long it is taking for the economy to recover from the housing crash.

Median family income in January rose to $54,332, according to Sentier Research. Although that's up 3.4 percent from a year-ago, that amounts to an increase of only 6.3 percent from the post-recession low of $51,126 in August of 2011. For most Americans, income today remains lower than it was in December 2007, when the Great Recession officially began.

Looking beyond the headline unemployment rate, meanwhile, the job market is far from healed.

The labor participation rate -- the percentage of workers who are employed or looking for a job -- is at its lowest level since the 1970s, with many Americans having dropped out of the labor force. Counting the more than 2 million "marginally attached" workers who haven't recently searched for a job, along with people who would prefer full-time work but are working part-time, the unemployment rate is roughly 11 percent.

The effects of the bad weather on job growth could also show up in the March employment report. Factoring in the impact of the cold snap, some forecasters expect gross domestic product -- the total value of goods and services made in the U.S. -- to fall below 2 percent in the first quarter. GDP rose a modest 2.2 percent in the final three months of 2014.

Economists think growth will pick up as the weather improves. Most project GDP this year of at least 3 percent, which would improve on the 2.4 percent rate of expansion in 2014 and 1.9 percent the previous year.

$15 an hour: A higher wage, but hardly a living

These jobs have the highest rate of suicide

Hunting for a job? Be careful what you post
Alain Sherter