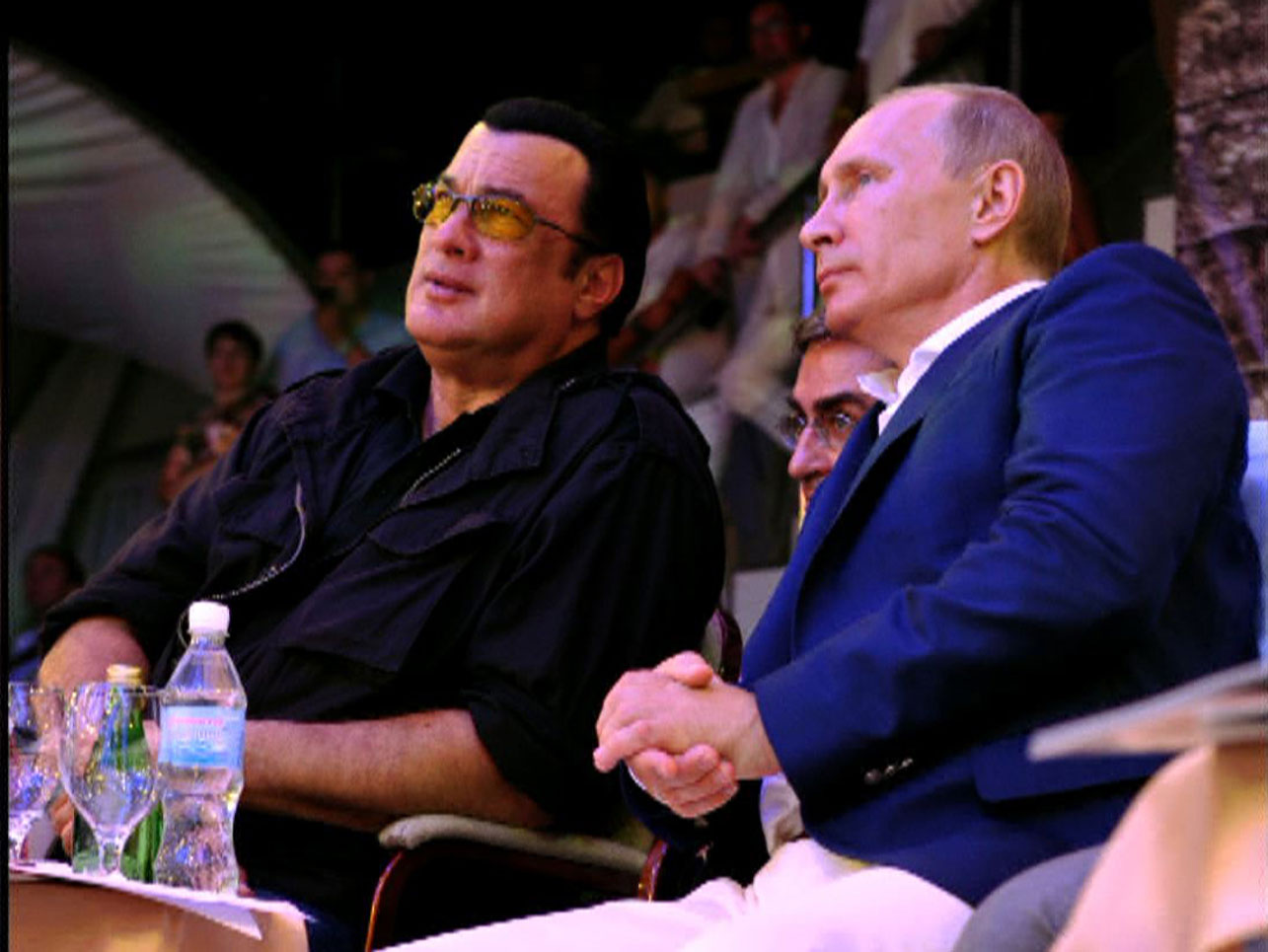 Russian President Vladimir Putin is trying to whip his own country into shape, Soviet style. He announced a new fitness program that is a Soviet-era throwback, originally launched by Joseph Stalin, called "Ready for Labor and Defense."

In the run-up to the Sochi Olympics, Putin went on a campaign to preach physical fitness and to sell his vision, he enlisted an American sidekick, the movie star Steven Seagal.

Seagal is famous for beating up bad guys in movies like "Fire Down Below" and "Under Siege."

This appears to be a bromance fueled by testosterone and a mutual love of martial arts. Seagal explained the relationship on Russian television last fall.

"The first time I walked into his home I saw a life-sized statue of Kano Jigoro, who is the founder of judo, so I was immediately taken and impressed and sort of wanting to get to know this man deeper and deeper," he said.

Now Putin has Seagal, a man who - in return for a VIP's welcome in Russia - really knows how to say thank you.

To see Elizabeth Palmer's full report, watch the video in the player above