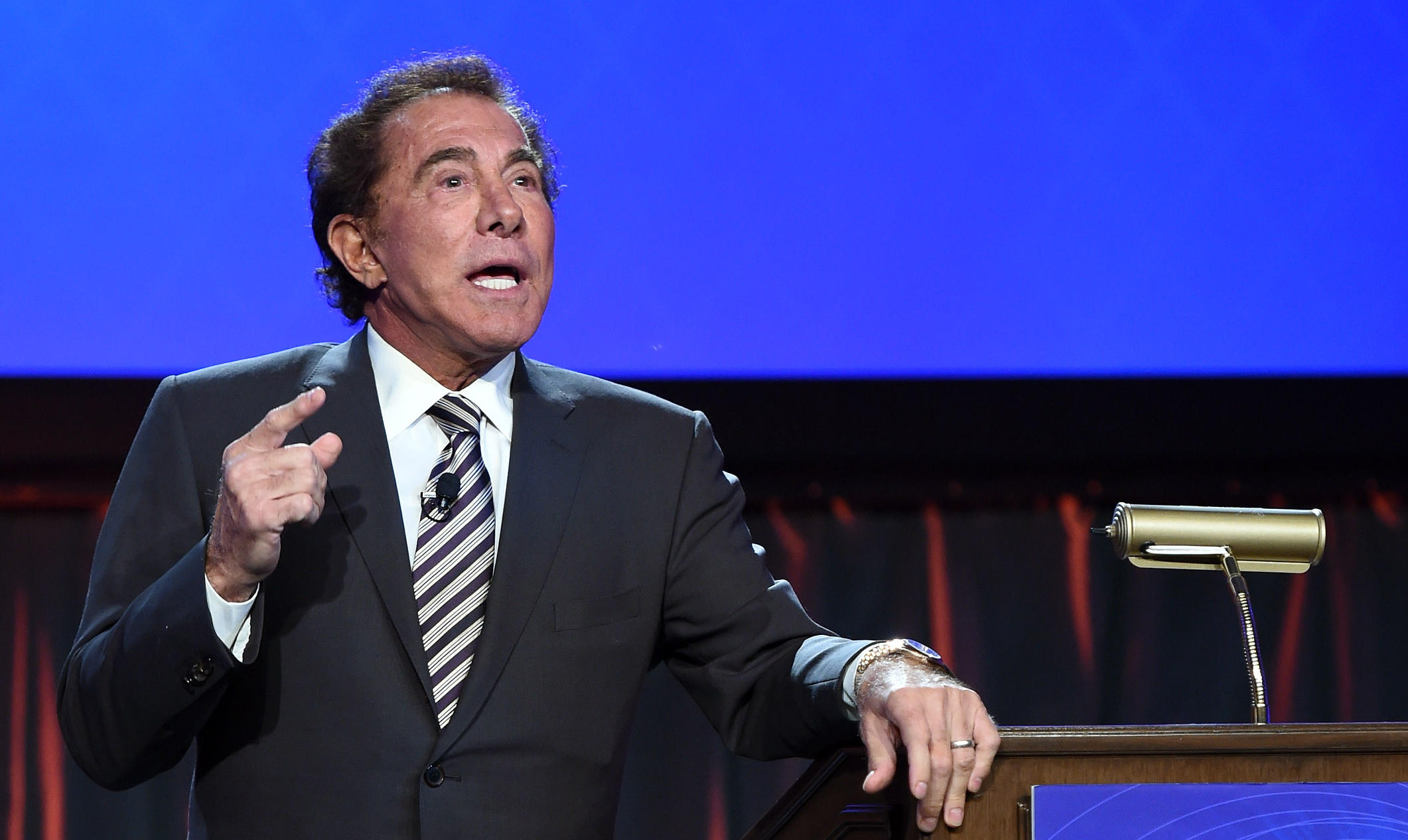 Casino mogul Steve Wynn said in a statement Tuesday he has stepped down as CEO of Wynn Resorts, the company he founded, following allegations of sexual harassment. In the statement, Wynn said Matt Maddox will take over as CEO.

"In the last couple of weeks, I have found myself the focus of an avalanche of negative publicity," Wynn said. "As I have reflected upon the environment this has created -- one in which a rush to judgment takes precedence over everything else, including the facts -- I have reached the conclusion I cannot continue to be effective in my current roles."

Wynn has denied the allegations against him, but shares in Wynn Resorts have dropped 19 percent since The Wall Street Journal first reported the allegations, according to Bloomberg. Meanwhile, regulators in Massachusetts, Nevada and Macau are reviewing his projects.

Ahead of the announcement, shares of Wynn Resorts' China arm, Wynn Macau Ltd., were suspended from trading on the Hong Kong stock exchange on Wednesday morning in Asia. Gambling regulators in Macau, the world's biggest casino market, said last week they were concerned about the reports and had met with executives of Wynn Macau to get more information and the company said it would cooperate with any requests. Wynn Macau operates two casino-resorts in Macau, which is the company's biggest source of profits.

"Steve Wynn is an industry giant," the Board of Trustees said in a statement. "He is a philanthropist and a beloved leader and visionary.  He played the pivotal role in transforming Las Vegas into the entertainment destination it is today. He also assembled a world-class team of executives that will continue to meet the high standards of excellence that Steve Wynn created and the Wynn brand has come to represent."

The decision comes 10 days after he stepped down as finance chair of the Republican National Committee.

The Wall Street Journal reported on Jan. 26 that a number of women say they were harassed or assaulted by the casino mogul. One case led to a $7.5 million settlement with a manicurist. The detailed report describes accounts from several female employees.

The paper, citing people familiar with the matter, said Wynn paid a manicurist a $7.5 million settlement after a 2005 incident in which he allegedly forced her to have sex with him. The settlement came after her manager filed a complaint to the human resources department at Wynn's flagship casino, Wynn Las Vegas.

The manicurist's allegation is one of many, according to the Journal, which reports that dozens of people who worked at Wynn's casinos accuse him of sexual misconduct. The allegation was alluded to in a lawsuit filed by his former wife, Elaine Wynn, who wants the restrictions lifted on her ability to sell her stock in Wynn Resorts Ltd.

Wynn has denied both allegations, and has claimed they are part of a campaign against him by his ex-wife, Elaine.

Wynn is a titan in Sin City and played a major role in the revitalization of the Las Vegas Strip in the 1990s. He built the Bellagio, Treasure Island and Mirage before he sold his Mirage Resorts company in 2000. Two years later, he founded Wynn Resorts, which now operates two luxurious casino-resorts in the city and is in the process of building a lake and hotel development called Paradise Park on the site of a former golf course.

Wynn's two Macau casinos include the older Wynn Macau near the former Portuguese colony's historic old town, and the Wynn Palace, which in 2016 became the latest opulent resort to open in the new district of Cotai, joining lavish developments by rivals including Las Vegas Sands.

The Las Vegas Review-Journal said Monday that it had killed a story about sexual harassment allegations against Wynn in 1998.