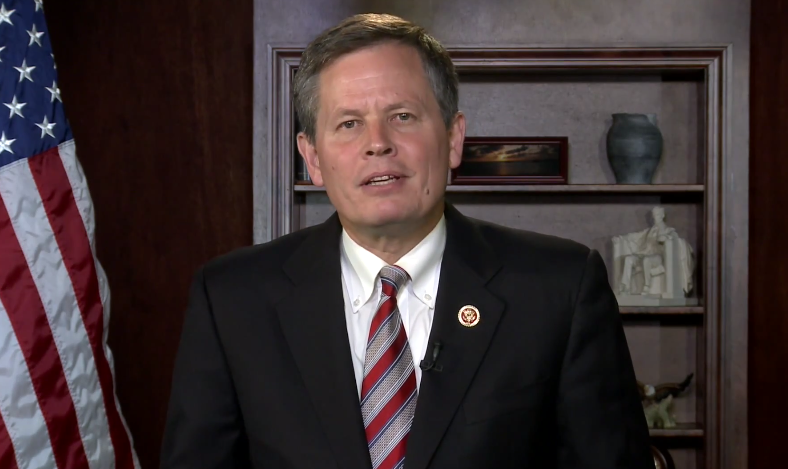 Sen. Steve Daines says he'll return to Washington D.C. by private jet on his daughter's wedding day if his vote is needed to confirm Brett Kavanaugh to the Supreme Court.

The Montana Republican said in a statement to The Associated Press that his Republican colleague, Montana congressman Greg Gianforte, "has come to save the day" by offering him use of his private jet. Gianforte is one of the wealthiest members of Congress.

Daines' daughter is getting married in Montana on Saturday, when the Senate is expected to hold a final vote on Kavanaugh.

In a statement posted to Twitter by his press secretary, Daines said that "if I need to be in two places at once," Gianforte will allow him to borrow his plane. This would not be at taxpayer expense.

A spokeswoman for Daines said he will walk his daughter down the aisle, and Republicans can hold the vote open if they need him.

There are 51 votes required for confirmation. Republicans hold a slim 51-49 majority. Vice President Mike Pence could break a tie.

Republican Sen. Lisa Murkowski has indicated that she will not vote to confirm Kavanaugh, while Democratic Sen. Joe Manchin voted to advance Kavanaugh's nomination Friday, suggesting that he might vote to confirm him.

The Senate voted to advance Kavanaugh's nomination by 51-49. A final vote is expected on Saturday afternoon.