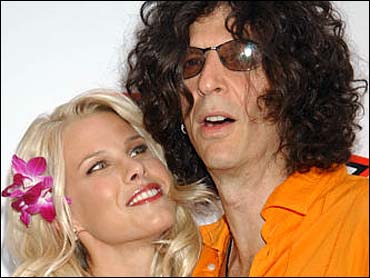 Shock jock Howard Stern made a surprise call to a radio station during an interview of the Federal Communications Commission head, claiming the chairman only got his job because his father is Secretary of State Colin Powell.

Stern called in to KGO-AM radio in San Francisco during a live interview Tuesday with FCC Chairman Michael Powell. After claiming Powell consistently avoids him, Stern began to question his credentials.

"How did you get your job? It is apparent to most of us in broadcasting that your father got you your job, and you kind of sit there and you're the judge, you're the arbiter, you're the one who tells us what we can and can't say on the air," Stern said. "And yet I really don't even think you're qualified to be the head of the commission."

Powell, a Republican, was appointed to the commission by President Clinton in 1997 and became chairman when President Bush took office in 2001. Powell denied Stern's charge and listed his qualifications, saying he is an attorney and was chief of staff of the Justice Department's Antitrust Division.

"I think it's a cheap shot to say just because my father is famous, I don't belong in my position," Powell said.

Stern, who battled for years with the FCC and conservative critics over his salacious show's content, is moving his show to Sirius satellite radio when his contract with Infinity Broadcasting Corp. expires in 2006.

Infinity and CBSNews.com are both part of Viacom.

Stern's show was dropped by media conglomerate Clear Channel Communications in April after the FCC proposed a $495,000 fine against it for comments made by Stern. Clear Channel reached a record $1.75 million settlement with the FCC in June to settle complaints against Stern and other radio personalities.

"I don't think that, you know, we have made any particular crusade of the 'Howard Stern Show' or you," Powell said during the 20-minute interview.

After Stern was off the air, Powell said Stern's argument was that there should be no limits on what he is able to do on the radio. "If there are going to be limits, someone's going to have to define them and someone is going to have to enforce them."