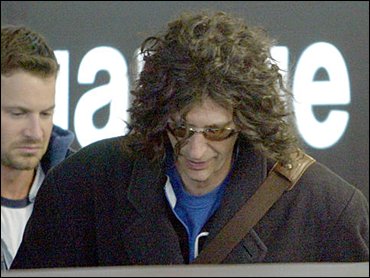 Federal regulators have reached a record settlement with the largest U.S. radio chain to resolve a number of indecency complaints against Howard Stern and other radio personalities, according to a source familiar with the deal.

The Federal Communications Commission's settlement with Clear Channel Communications is estimated at $1.75 million, according to the source, who requested anonymity in the absence of a formal announcement. That was expected as early as Wednesday.

The deal marks the largest settlement negotiated by the FCC and a broadcaster, narrowly topping the $1.7 million that Infinity Broadcasting paid in 1995 for indecency violations by Stern, whose New York City-based radio show features sexually explicit talk and off-color humor.

The agreement would settle fines proposed by the agency against Clear Channel for remarks Stern made in an April 2003 broadcast. It also would cover 10 open investigations and about 25 other pending cases stemming from listener complaints lodged against shows on Clear Channel stations, the source said.

It would be on top of a $775,000 fine that Clear Channel agreed to pay earlier this year for graphic discussions about sex and drugs aired on the "Bubba the Love Sponge" program. Clear Channel fired DJ Todd Clem over the incident.

San Antonio-based Clear Channel, the nation's largest owner of radio stations, also canned Stern from six of its 1,200-plus stations after the FCC proposed fines of $495,000 for his April show. As part of its stepped-up enforcement of indecency regulations, the commission for the first time cited a broadcaster for multiple violations in a single broadcast rather than simply issuing a single fine for an entire show.

The maximum fine for breaking indecency laws is $27,500 for each violation, but the House of Representatives has voted to raise the cap to $500,000 and to require the FCC to consider revoking a broadcaster's license after three indecency violations. Similar legislation is pending in the Senate.

Stern can still be heard on dozens of Infinity's stations. Infinity Radio, like CBSNews.com, is part of Viacom, Inc.

Stern has been attacking both the FCC and Clear Channel, both on the air and on his Web site.

"It is pretty shocking that governmental interference into our rights and free speech takes place in the U.S.," he said on site earlier this year. "It's hard to reconcile this with the 'land of the free' and the 'home of the brave.'"