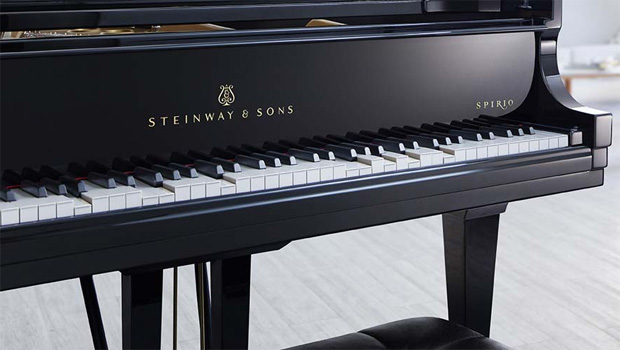 From Vladimir Horowitz to Harry Connick Jr., most of the world's best-known pianists wouldn't dream of playing anything but a Steinway.

This year Steinway & Sons, founded in 1853, unveiled their 600,000th piano. It's for sale, if you're interested -- and happen to have a couple million dollars on hand.

And the company isn't just playing the same old tune. They recently rolled out a player piano which they say has top-of-the-line 21st century sound. The piano is controlled by the touch of an app.

It's a 21st century update of a piano they've been making at a New York City factory since 1871, where very little else has changed since.

The piano frames are still glued by hand, then shaped by original 19th century molds.

Each instrument is hand-carved and hand-strung, much as they were when Steinway & Sons first opened its doors.

A carpenter by trade and self-taught piano-maker, Heinrich Engelhard Steinweg moved his family from Germany to New York City in 1850.

Changing the family name to the more English-sounding "Steinway," he and his three sons started producing hundreds of pianos. The company hit a high note in 1866 when it opened a European-style concert hall in Manhattan, which quickly became a cultural center (and a place to showcase Steinway pianos).

After winning accolades all over the world for their craftsmanship and engineering, everyone, it seemed, wanted to get their hands on a Steinway.

This American-made product was among the first to make an impact on the Old World elite. And in 1880 Steinway & Sons opened a factory in Hamburg, Germany, which still is operational today.

Steinway Hall closed in 1891, only to reopen on New York City's 57th Street in 1925, this time as a showroom and meeting place. It was there where Sergei Rachmaninoff gave Vladimir Horowitz some pointers on how to play his great 3rd Concerto.

And now, Steinway is heading into the 21st century with a brand-new showroom, opening this winter -- the latest chapter for this storied American instrument.